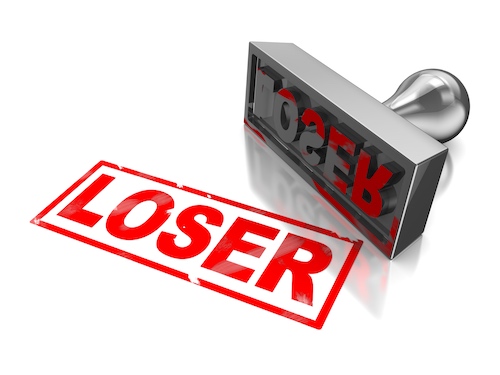 On Tuesday, November 13th, the Court of Appeals for the Federal Circuit issued another in a growing number of Rule 36 judgments. This particular Rule 36 patent eligibility loss for the patent owner came in Digital Media Technologies, Inc. v. Netflix, Inc., et al., and affirmed the district court’s finding that patent claims asserted by Digital Media against Netflix, Amazon and Hulu were invalid under 35 U.S.C. § 101 because they were directed to an abstract idea.

The Federal Circuit panel of Circuit Judges Alan Lourie, Timothy Dyk and Todd Hughes decided to issue the Rule 36 judgment without opinion despite counsel for Digital Media contending at oral arguments that the district court did not properly administer the Alice/Mayo test when reaching a determination that the asserted patents were patent ineligible, and despite the district court admitting the pure subjective nature of determining whether a claim is directed to an abstract idea.

The patent-at-issue in this case is U.S. Patent No. 8964764, titled Multimedia Network System with Content Importation, Content Exportation, and Integrated Content Management. It claims a multimedia system that addressed various needs in the field of managing digital information in a way that makes it easy to download audio/video content from the Internet while providing reliable and flexible content protection and incorporates the use of digital video recorders (DVRs) for multiple users within a premise or vehicle.

In July 2017, U.S. District Judge Mark Walker of the Northern District of Florida granted a motion filed by Netflix to dismiss the case for failure to state a claim on the grounds that claims of the ‘764 patent were directed at a patent-ineligible abstract idea. Judge Walker reached this decision by more or less applying the two-step test for patentability set out by the U.S. Supreme Court’s 2014 decision in Alice Corp. v. CLS Bank International. Essentially, Judge Walker seemed to have muddled steps 2A and 2B together, not separating the steps in a clearly delineated way.

At oral arguments on appeal to the Federal Circuit, Stephen Risley, counsel representing Digital Media, argued that the district court failed to properly conduct the Alice/Mayo test by failing to specifically determine the abstract idea at step one, failing to analyze the language of the claim and failing to look at the claimed advance over the prior art. Citing to footnote 8 of Judge Walker’s order granting the motion to dismiss, Risley argued that the district court acknowledged that step one of Alice is an exercise of “I know it when I see it.”

Risley received pushback from Judge Lourie with respect to the claim that Judge Walker did not determine the abstract idea, which seemed to be a claim that went beyond what the record supported. While it may not have been a traditional traverse of the familiar Alice/Mayo step 2A, Judge Lourie quoted from Walker’s decision where he did define the abstract idea. Nevertheless, this case did raise issues worthy of more than a one word judgment.

No one can actually know what a claim is direct to (Alice/Mayo step 2A), or whether a claim adds significantly more so that it does not merely claim an abstract idea (Alice/Mayo step 2B) without a proper claim interpretation. That is absolutely axiomatic. It is Patent Law 101. But for some reason the Federal Circuit continues on the charade of allowing district courts to interpret the meaning of claims to determine what they are directed to (step 2A) and whether there is significantly more, which is described as the hunt for the inventive concept (step 2B) without conducting a claim proper claim interpretation that considers the language of the patent claim, the specification and the entire prosecution history. In this case the prosecution history was in the record and not consulted. Why?

The Federal Circuit is allowing district courts and patent examiners to glean the scope and coverage of claims from a quick review of the surface. The Alice/Mayo step 2A and 2B determination as it exists now without a proper claim interpretation is antithetical to the entirety of patent law on this subject. It was raised by Risley in oral arguments, but with a Rule 36 wave of the pen the Federal Circuit once again sweeps this under the rug and ignores this blatant error to continue.

District Judge Walker was absolutely correct about one thing. Step 2A of the Alice/Mayo test, where one determines whether the claimed invention is directed to an abstract idea, is akin to the Supreme Court’s test for obscenity, which is famously articulated as “I know it when I see it.”

Earlier this year in a forceful separate opinion that both concurred in part and dissented-in-part, Judge Plager explained the fundamental flaws with the Supreme Court’s patent eligibility test. Plager wrote:

“Abstract ideas,” like the term “obscenity,” may provide a cultural consensus in a given instance regarding whether a past event qualifies, but it fails to provide the kind of specificity and clarity that makes it useful for future prediction of outcome. And from the viewpoint of decisional law, the `abstract ideas’ idea falls short in the sense of providing a trial judge with confidence that the judgment will be understood by the judges who come after, since only the judges who have the final say in the matter can say with finality that they know it when they see it.

Interval Licensing LLC v. AOL, Inc.(July 20, 2018). He would also go on to compare the Supreme Court’s Alice/Mayo test to the Emperor with no clothes. “This emperor clearly has no clothes; we need not wait for our children to tell us this,” Plager wrote. “The legitimate expectations of the innovation community, as well as basic notions of fairness and due process, compel us to address this § 101 conundrum.”

Once again, with this issue properly raised it was dodged by the panel through the use of Rule 36.

There can be no doubt that the Supreme Court has treated the term abstract idea much as they have the term obscenity. Such a level of subjectivity leads to a test that cannot be reproduced, is wholly unpredictable, and achieves nothing but chaos. This is how the Judges on the Federal Circuit can manage to find themselves split on the issue of whether claims drawn to computer implemented innovations are patent eligible. And as long as important questions continue to be dodged by panels using Rule 36 the chaos will be prolonged.

It is up to the Federal Circuit to step in and deal with the law of patent eligibility. The Supreme Court, like Congress, paints with a broad brush. When Congress legislates agencies must issue regulations on the order of 10 to 30 pages for every page of statute. When the Supreme Court dips its toe into an area and decides four cases on patent eligibility, one dealing with a mental process, and one dealing with claims that everyone in the industry agrees would have fallen under 102 and/or 103, applying those broad statements without refined nuance is the very definition of being a bureaucratic lemming.

Using Rule 36 in an area of the law as unstable, chaotic and unpredictable as patent eligibility is irresponsible. Whether the decision would be the same or not, the parties and the public have a right to have the Federal Circuit make sense “this § 101 conundrum.” After all, bringing stability to patent law is the only reason why the Federal Circuit was created. Why have a Federal Circuit if they can’t or won’t do the only job for which the Court was created?