“The hunt for the inventive concept is no different than the flash of creative genius test. It is untethered, subjective and seeks to pick and choose what is patentable based on subjective perceptions using undefined criteria.” 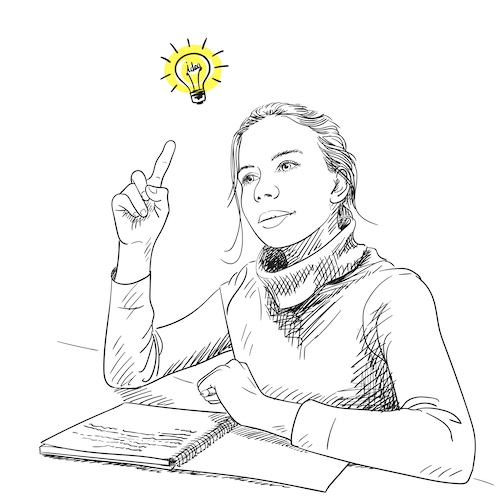 “Since Hotchkiss v. Greenwood, decided in 1851, it has been recognized that, if an improvement is to obtain the privileged position of a patent, more ingenuity must be involved than the work of a mechanic skilled in the art… That is to say, the new device, however useful it may be, must reveal the flash of creative genius, not merely the skill of the calling. If it fails, it has not established its right to a private grant on the public domain.” Cuno Engineering Corp. v. Automatic Devices Corp., 314 U.S. 84 (1941)(emphasis added).

The flash of creative genius test was more than simply about the manner of making the invention. Yes, the test was couched in terms of the invention needing to reveal a flash of genius, but the test is really about whether the decision maker subjectively believes a certain quantum of innovation has been achieved. If it is simple or trivial in the eyes of the decision maker than there would be no invention because the claimed invention did not meet some subjective, unknowable threshold. The invention did not exhibit the requisite innovative contribution to be worthy of a patent.

The flash of creative genius test was viewed by Congress and commentators as too restrictive, inherently subjective, and not particularly attune to how innovation actually occurs. Innovation occurs through hard work and is frequently measured in inches or centimeters, not meters or mile long jumps that exhibit extraordinary insights that put one on the short list for a Nobel Prize.

Today the flash of creative genius test has reared its ugly head once more, this time as a consideration under a patent eligibility inquiry and 35 U.S.C. 101 instead of under an obviousness inquiry and 35 U.S.C. 103. Today, thanks to the Supreme Court’s unintelligible Alice/Mayo framework, one must ask whether significantly more has been added to a patent claim such that the claim does not merely claim an abstract idea, law of nature or natural phenomenon. This final step in the Alice/Mayotest is referred to by the Courts as the hunt for the inventive concept. It is difficult not to notice the similarity between this hunt for the inventive concept that takes place when reviewing a claim under 101 and the supposedly defunct flash of creative genius test Congress attempted to write out of patent law in 1952.

A facial review of patent claims cannot and does not result in the real meaning and scope of the claims being identified. Thus, district court judges are merely engaging in a determination of whether a claim appears on its face to capture a certain quantum of innovation sufficient to pass a subjective threshold; a threshold untethered by any well-established legal principles. In fact, the Supreme Court and Federal Circuit have refused to define the term significantly more, which only goes to prove this entire exercise is at best a subjective reflection of the value judgments of the decision maker.

The hunt for the inventive concept is no different than the flash of creative genius test. It is untethered, subjective and seeks to pick and choose what is patentable based on subjective perceptions using undefined criteria.