Why isn’t Congress Upset about Judicial Exceptions to Patent Eligibility? 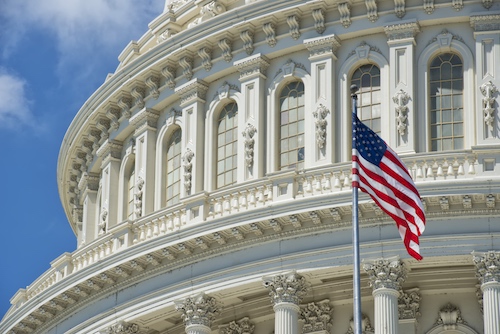 Whether a claimed invention is patent eligible is supposed to be an easy, straight-forward question. For the overwhelming majority of the last three generations the question was a threshold inquiry based on a one-sentence statute, and the legislative history to the 1952 Patent Act that explicitly recognized that Congress wanted everything made by man under the sun to be patent eligible in America. Over the last decade, however, the Supreme Court has embarked on an unmistakable crusade to remake American patent law to their liking. The tool of choice has been what the Court refers to as judicial exceptions to patent eligibility.

The Alice/Mayo framework – named for the two seminal patent eligibility cases of the past decade – requires the decision maker, whether a patent examiner, administrative tribunal or reviewing court to ask and answer a series of questions before determining whether the claimed invention constitutes patent eligible subject matter. The first question (commonly referred to as Step 1) is whether the patent claim covers an invention from one of the four enumerated categories of invention defined in 35 U.S.C. §101 (i.e., is the invention a process, machine, article of manufacture, or composition of matter). If the answer to this question is no, then the patent claim is patent ineligible. If the answer is yes, the decision maker must move on to the next inquiry.

It is important to note that this first inquiry under the Alice/Mayoframework is the only question that finds textual support in the statute. The Supreme Court has knowingly and intentionally usurped the power and prerogative of Congress and has added additional hurdles to patent eligibility. The simple, straight-forward, statutory test established by Congress is no longer the complete test for patent eligibility in the United States. The test for what is patent eligible is an extra-statutory test that superimposes the will of the Supreme Court over the collective wisdom and wishes of Congress.

Of course, that is not what the Supreme Court is supposed to do, but it is what they have done in the patent realm. Even the Supreme Court refers to its own test for patent eligibility as embodying judicial exceptionsto patent eligibility, which by the very nomenclature used to characterize the additional steps admits to being beyond the statutory requirements and outside the proper authority for what the federal judiciary is supposed to do under the American Constitutional form of government.

Before proceeding to the final question in the extra-statutory patent eligibility test, it is worth pausing to point out that the Supreme Court has so far refused to define the term “abstract idea” despite the fact that it is singularly important to determining whether software innovations, including innovations relating to artificial intelligence, blockchain and Internet of Things (IoT) methods and systems are patent eligible. Indeed, the Supreme Court has opened Pandora’s box on the next great frontier of innovation while arrogantly refusing to define the critical term in the extra-statutory test of their own creation – saying that they do not need to “labor” to define the meaning of the term “abstract idea.”

As insulting as it is that the Supreme Court refuses to define the term “abstract idea”, the Supreme Court also uses the terms “natural phenomena” and “laws of nature” interchangeably, saying that they do not need to precisely identify which of the judicial exceptions they are using when analyzing the patent eligibility of a claimed invention in the life sciences sector. Again, this is their own test, and the Supreme Court mandates its application but refuses to define the key terms and phrases. How any jurist trained in the American system can believe an extra-statutory test is consistent with norms of American jurisprudence is a mystery, but hiding the ball and refusing to define key terms and concepts is truly unbelievable.

If this doesn’t get your blood boiling, the final inquiry for those claimed inventions that somehow relate to abstract ideas, laws of nature and natural phenomena, whatever they may be in the undefined collective minds of the Supreme Court, asks whether the claim language adds “significantly more” to the claim such that the claim is not merely claiming the abstract idea, law of nature or natural phenomena. Of course, once again, the Supreme Court has refused to define the term “significantly more.”

So, we are left with a patent eligibility test that finds no support anywhere in the text of the statute or in the Constitution. The critical terms necessary to understand this Supreme Court created extra-statutory test are knowingly and intentionally left undefined. And the test results in the absurdly illogical conclusion that novel and non-obvious inventions can and do somehow lack an inventive concept. Clearly, the Supreme Court is out of its depth. The industry finds itself in need of a life line.

What is remarkable is that as this entire episode has unfolded Congress has been content to watch their Constitutional powers stripped by an overactive Supreme Court that enjoys legislating from the bench. It is shocking that no Member of Congress has used this simple, easy to understand example of the Supreme Court erecting additional extra-statutory hurdles on top of a one-sentence, clear, straight-forward statute as an example of the dangerous expansion in the power of the Supreme Court.

If the Supreme Court can find judicial exceptions to invisibly exist in a simple, one-sentence statute, then why couldn’t they do the same with any other statute?

It is time for Congress to reassert itself. The federal judiciary is there to interpret the law, not to make it. If they want to make law they should resign and run for Congress.