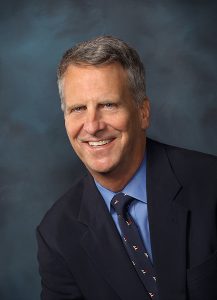 Stan Honey (From the National Inventors Hall of Fame website)

At a time when streaming media services like Netflix and Hulu continue to encourage media consumers in the U.S. and across the world to “cut the cord” and ditch their cable subscription, live sports broadcasts have become increasingly valuable to cable companies and advertisers alike. This March, television ratings firm Nielsen reported that 86 of the top 100 telecasts viewed live or on the same day in 2017 were sports-related broadcasts. Sports broadcasts on U.S. television have also been on the rise in recent years, from 84,000 hours aired in 2017 up to 134,000 hours aired in 2017. A PwC study on revenues in the North American sports market released late last year predicted that sports media rights are expected to increase by 19 percent between 2017 and 2021 when those revenues will reach $22.7 billion, representing more than one-quarter of the entire professional sports market.

Undoubtedly, technological advancement in sports broadcasts is one of the driving forces behind increased viewer demand for live sports. An annual plan released earlier this year by the BBC indicates that one-third of British television viewers would watch live sports solely through a virtual reality (VR) headset if they were given the option. Although tech developments in sports television broadcasting extend back at least as far as a decade, the late 1990s saw one of the most impactful developments in sports graphics enhancements which continues to delight the American football viewing public on a weekly basis. This year, Stan Honey was inducted into the National Inventors Hall of Fame for his contributions to graphics enhancements to sports broadcasts, including the now-ubiquitous yellow first down marker that features heavily in National Football League broadcasts. This October 31st marks the 18th anniversary of the issue of the patent which earned Honey his place in the Hall of Fame and it affords us an opportunity to revisit our Evolution of Technology series to explore this major advance in sports entertainment.

Innovations in Sports Broadcasting During the 20th Century

The first television broadcast of a live sports event is reported to be a broadcast from the 1936 Summer Olympics hosted in Berlin, then under the grip of the Nazi regime. Live sports broadcasts in America got underway with a 1939 college baseball game between Columbia University and Princeton University at Columbia’s Baker Field at a time when there were only 400 television receivers in New York City. That same year also saw the first television broadcast of a football game, another collegiate matchup between Fordham University and Waynesburg College. Both of these broadcasts made use of a single Iconoscope camera, the first practical video camera tube in use by television cameras, to capture game footage.

Over the following decades, sports broadcasters would make advances in various other aspects of video technology that aided spectators viewing collegiate and professional sports from home. Color telecasts were introduced in 1951 for Brooklyn-area baseball fans watching the then-hometown Dodgers. Color broadcasts would come to national television in 1955 when NBC broadcast games from that year’s Subway Series between the Dodgers and the New York Yankees.

The mid-1960s saw sports broadcasters make some early advances in graphics technology. Graphics denoting scores or at-bat success were superimposed over the game image, initially in white lettering on flip cards but then with the use of electronic character generators with stored memory which came into vogue during the 1970s. Developments in computing technology over the next few decades allowed for sports broadcast graphics to be updated in real-time and by 1998, baseball games featured about 200 graphics per game, only about 30 percent to 40 percent of which were stored prior to games.

In 1983, a sailing excursion with Atari founder Nolan Bushnell led to the founding of Honey’s first company, the digital mapping firm Etak. Bushnell reportedly provided Honey with $500,000 in seed money for Etak after being impressed by navigational electronics that were developed by Honey and the latter suggested adapting the technology to create a car navigation system. In 1989, Etak was purchased by News Corporation and by 1993, Honey was serving the company as executive vice president of technology.

Honey’s tenure at News Corporation, which owned the Fox Broadcasting Corporation as a subsidiary, involved various efforts to improve graphics for live sports events broadcast by the company. One of the more successful of these was the FoxBox, a small graphics box which debuted during the 1996 Major League Baseball season and the first graphic to remain constantly on-screen to inform viewers of the score and other information, like a base diagram to indicate players currently on base. One of the more maligned advances in graphics technology during Honey’s tenure at News Corp. was FoxTrax, the glowing puck augmented reality system used in Fox broadcasts of National Hockey Games between 1996 and 1998 which, despite being enjoyed by some (including this writer), was considered to be gimmicky by many others.

In 1998, the same year that Honey left News Corporation to found broadcast graphics firm Sportvision, the National Football League made their first use of the 1st & Ten yellow line technology during a Sunday night football game between the Baltimore Ravens and the Cincinnati Bengals. Still in use in NFL broadcasts today, the system involves the superimposition of a yellow line running across the width of the football field to note the line to gain a first down for the team advancing the football on offense. 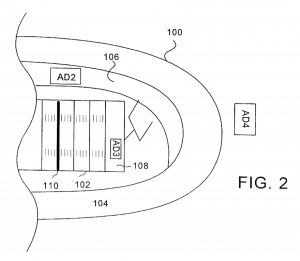 Honey would remain at Sportvision until 2003 and his work in graphics development led to many industry honors including three Emmys and membership in the Sports Broadcasting Hall of Fame. Throughout his life, Honey also continued competing in professional sailing competitions and was named the 2010 Yachtsman of the Year leading up to his 2012 induction into the National Sailing Hall of Fame. As an inventor, Honey is named on 31 patents covering inventions in television graphics as well as navigation technology and tracking. His innovations continue to be practiced by real-time TV graphics firm SMT, which purchased Sportvision in 2016.