“It seems self-evident that the same patent contested in different tribunals should have its meaning – its boundaries – determined using the same standard,” Director Iancu said when discussing the final rules implementing the Phillips standard at the PTAB. 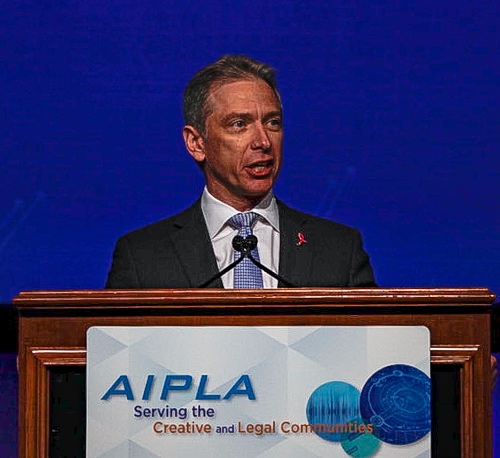 On October 11, 2018, the U.S. Patent and Trademark Office published a final rule in the Federal Register that changes various aspects of the conduct of America Invents Act (AIA) patent validity trials at the Patent Trial and Appeal Board (PTAB). Although the most salient feature of the rule change is the shift in claim construction from the broadest reasonable interpretation (BRI) standard to the Phillips standard, the entirety of the rule change includes other aspects that will improve the prospects for patent owners trying to defend their intellectual property at the PTAB. The rule change will amend language found in 37 CFR Part 42, specifically 42.100(b), 42.200(b) and 42.300(b).

“Looking at the patent system holistically, this is a critically important rule change,” USPTO Director Andrei Iancu told a luncheon gathering at the American Intellectual Property Lawyers Association annual meeting during his keynote speech on Thursday, October 25, 2018. “For the sake of predictability and reliability, the boundaries of a patent should not depend on which forum happens to analyze it.”

The change from the BRI standard to the Phillips standard, which interprets claims during claim construction according to their “ordinary and customary meaning” and is the standard used during an analysis of patent validity in U.S. district court and at the U.S. International Trade Commission (ITC), will take effect for inter partes review (IPR), covered business method (CBM) review and post-grant review (PGR) proceedings at the PTAB beginning on November 13, 2018, the effective date of the rule change.

The conversion from BRI to Phillips has been lauded by many in the patent community, but also by conservative commentators as well. “The rule change is a fundamental step in the right direction,” said James Edward, Executive Director or Conservatives for Property Rights, in a telephone interview. “This is one element of shoring up patents as a private property right and hopefully courts begin to recognize that they’re supposed to interpret and not make the law.”

The rule change published in the Federal Register notes that, while the BRI standard remains consistent with the USPTO’s practice in examining patent applications, its use in AIA trial proceedings will minimize differences between the PTAB and other fora where validity may be challenged. This is of particular importance given the 86.8 percent of patents challenged in AIA trials which are also the subject of patent litigation in federal courts according to a 2016 study cited in the final rule. Under the rule change, the USPTO will also consider claim constructions made in district court or at the ITC if that construction is timely made of record in an AIA trial proceeding.

“[U]sing the same claim construction standard should improve efficiencies for everyone involved,” Iancu told the AIPLA annual meeting. “Parties can develop a single set of claim construction arguments and can leverage the work already done in district court proceedings, or vice versa. Plus, one forum can consider the work previously done by another forum. The rule will therefore also improve consistency between proceedings.”

Conservatives agree. “From a policy standpoint, it would seem that the change from BRI to Phillips would help eliminate the variance between the PTAB and the Federal Circuit so that you’d hope to see more consistency,” Edwards told IPWatchdog. “It’s been a bit of a bizarre Kafkaesque situation that the PTAB is applying the same BRI construction standard from the examination stage which is totally inappropriate at the reexamination or challenge of validity stage.”

In eliminating the difference in claim construction standards between the PTAB and other fora, the USPTO is addressing the potential for unfairness that can result from different standards to interpret the meaning of the same claim. This is particularly significant given the reality that AIA trials do not occur in a vacuum, but rather are overwhelmingly associated with parallel proceedings in other fora. “After all, some 85 percent of patents contested at the PTAB are involved in parallel litigation,” Director Iancu explained during his keynote presentation. “It seems self-evident that the same patent contested in different tribunals should have its meaning – its boundaries – determined using the same standard.”

“Because the BRI standard potentially reads on a broader universe of prior art than does the Phillips standard, a patent claim could potentially be found unpatentable in an AIA proceeding on account of claim scope that the patent owner would not be able to assert in an infringement proceeding,” the Federal Register Notice reads. The rule change also extends the Phillips standard for claim interpretation to substitute claims which are proposed by patent owners in a motion to amend.

The recent change to the Phillips standard for claim construction in AIA trials requires the USPTO to take into account “the claim language itself, the specification, the prosecution history of the patent, and extrinsic evidence, among other things, as briefed by the parties.” Those familiar with patent law will recognize that this is the standard approach for interpreting the meaning for claims in federal district court and the ITC, where both extrinsic and intrinsic evidence are considered.

The prosecution history to be considered during PTAB trials pursuant to this rule change will include those actions taken by an examiner during examination, reissue, reexamination and prior AIA proceedings as well as prosecution before an examiner in a related patent application where relevant. Perhaps the work of patent examiners will receive greater respect and at least some deference at the PTAB. After all, the work of the expert agency has typically been given at least some meaningful consideration in federal courts and at the ITC given the expertise of the agency (i.e., the substantive expertise of patent examiners, many who have examined in the same area for many years, sometimes many decades).

The USPTO doesn’t expect that the rule change will result in direct costs to applicable entities and may even reduce indirect costs, noting that the PTAB has employed the Phillips standard in trials on expired and soon-to-be expired patents in some instances. Parties in trials involving the Phillips standard haven’t required expanded page limits nor have they incurred more expense than those in AIA trials involving the BRI standard. Further, the use of the same Phillips standard across multiple fora leads the agency to a reasonable anticipation that the rules change will realize some efficiency in the PTAB’s legal work by increasing judicial efficiency and eliminating arguments related to different standards.

Most of the public comments received by the USPTO regarding the proposed rule were supportive of the change in standards and noted that the decision would likely lead to greater consistency as well as greater certainty as to the scope of issued patent claims. Some commenters opposing the rule changes argued that Congress intended the PTAB to use the BRI standard, an argument that had been advanced in recent months by Representative Zoe Lofgren (D-CA).

During his keynote speech at the AIPLA annual meeting Director Iancu acknowledged that stakeholders have been keenly interested in the proposed change to the Phillips standard, which has since subsequently gone final. “We have received about 375 public comments, and the rule change has been met with widespread support from industry, academics, individuals, and trade organizations, including the AIPLA. A few, however, are not pleased with the change.” Those few who were not pleased have cited a believe that the change to the Phillips standard would usher in a return to lower quality patents.

With a bit of a confrontational tone, Director Iancu took issue with that, finding the argument without merit:

That’s curious, because all we did was to say that we will use the same standard currently used by district courts and the ITC, and that has been used in countless court proceedings for many years to date. Arguments that using the very same standard already used in federal courts preserves “low-quality patents” are, therefore, unconvincing. In other words, whatever a “low-quality” patent means, it cannot be that it is a patent that survives challenge based on a claim construction standard used in district court.

Put another way still: There is no reason for the USPTO to be using a claim construction standard in IPR that eliminates patents that would otherwise survive challenge in District Courts. Doing so is an example of what I have referred to as an over-correction that risks throwing out the baby with the bathwater.

In legal terms, to support the move, the USPTO noted in the Federal Register that the U.S. Supreme Court recently endorsed the agency’s ability to choose an approach to claim construction for AIA trials through its 2016 decision in Cuozzo Speed Technologies v. Lee, which expressly rejected the notion that the AIA required the use of the BRI standard. Still other commenters argued that the use of the Phillips standard in PTAB trials would lead to inconsistency within the USPTO, which uses the BRI standard during examination proceedings. Citing to the Federal Circuit’s 2016 decision in In re: CSB-System International, the USPTO explained that claim construction will remain the same in many cases despite the standard used. The agency also stated that the statute governing the USPTO’s conduct in reissue and reexamination proceedings must be in accordance with the procedures established for initial examination, which directly contrasts with AIA proceedings.

“Director Iancu’s heart is truly in the right place and while he’s constrained in how far he can go, I think he’s trying to right the ship,” Edwards said. “We’re also looking at Congress to pick up the ball at some point.”