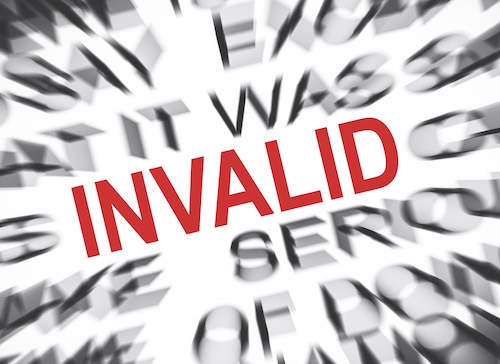 In its complaint for patent infringement, CardioNet alleged that InfoBionic’s MoMe Kardia System, which uses a Kardia Device to record and transmit a patient’s electrocardiograph signal to a MoMe Software System that detects arrhythmias and enables human review of arrhythmia data, infringes upon multiple claims of the ‘207 patent. CardioNet’s complaint also identified a member of InfoBionic’s management team who was aware of the ‘207 patent due to involvement with a previous patent infringement case between CardioNet and Mednet HealthCare Technologies. InfoBionic also likely had knowledge of the patent due to the knowledge of InfoBionic executives who were formerly executives or employees of CardioNet, the suit alleged.

Last June, InfoBionic filed a motion to dismiss in the case, which alleged that the ‘207 patent was directed to patent-ineligible subject matter under Section 101. This March, CardioNet filed a motion for leave to file a supplemental brief in support of the eligibility of the ‘207 patent arguing that the Federal Circuit’s decisions in Aatrix Software v. Green Shades Software and Berkheimer v. HP changed Section 101 precedent impacting several aspects of the district court’s patent eligibility analysis. However, Judge Talwani denied CardioNet’s motion a few days after it was filed.

The day before CardioNet’s lawsuit was officially dismissed in a largely ceremonial one-page order, Judge Talwani issued a memorandum and order granting InfoBionic’s motion to dismiss after the court found that the ‘207 patent was directed to a patent-ineligible abstract idea when applying the two-step framework laid out by the U.S. Supreme Court’s 2014 decision in Alice Corp. v. CLS Bank International. In the first step of the Alice framework, Judge Talwani found that claims of the ‘207 patent were directed to the abstract idea that atrial fibrillation (AF) can be distinguished by focusing on the variability of an irregular heartbeat, an argument advanced by InfoBionic. CardioNet had countered that the ‘207 patent represents an improvement to the function of cardiac monitoring devices through the use of specifically programmed rules, or “determination logic,” coupled with beat detecting technology and an event generator. Judge Talwani found that CardioNet’s argument were more appropriate for step two of the Alice patent-eligibility test. “The idea of using a machine to monitor and analyze heart beat variability and interfering beats so as to alert the user of potential AF events may well improve the field of cardiac telemetry, but Plaintiffs do not identify improvements to any particular computerized technology,” Judge Talwani wrote.

At step two of Alice, the court again sided with InfoBionic, which had argued that the ‘207 patent recites collecting cardiac data, determining its relevance and identifying a cardiac event without the identification of any technical solutions or detailed software for performing the claimed functions. The court found that nothing in the ‘207 patent’s claims imposes a meaningful limit on the abstract idea of detecting AF by looking at heartbeat variability and that the “determination logic” cited by plaintiffs wasn’t a limitation as it was undefined and unspecified. As to CardioNet’s argument that the Berkheimer decision requires factual inquiry under step two of Alice, Judge Talwani found that there were no disputes of fact because the court accepted the plaintiffs’ non-conclusory factual assertions found in the complaint as true.