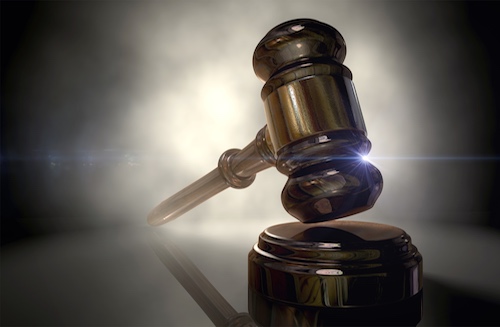 During the week of October 8, 2018,  there were five cases involving patents that were decided without an opinion as a result of Rule 36 affirmances at the United States Court of Appeals for the Federal Circuit. Three of those cases were issued by panels including Chief Judge Sharon Prost. In two cases, the Federal Circuit upheld district court invalidations of asserted patents whereas another two affirmed rejections of applicants claims by the U.S. Patent and Trademark Office. The last case was a summary affirmance of a victory by German drugmaker Erfindergemeinschaft UroPep over Eli Lilly in the Eastern District of Texas.

Endotach appealed this case from the Southern District of Indiana after U.S. District Judge Larry J. McKinney granted a motion on summary judgment made by defendant Cook Medical. In that order, Judge McKinney had denied motions made by Cook Medical that its endovascular graft material didn’t infringe upon Endotach’s U.S. Patent No. 5122154, titled Endovascular Bypass Graft. However, the district court determined that the ‘154 patent was invalid as anticipated by prior art submitted by Cook Medical on 35 U.S.C. § 102(e) and § 102(g) grounds. The district court also struck down a motion for reconsideration filed by Endotach in which the plaintiff argued that the patentee was the first party to conceive of the invention and then exercised reasonable diligence in reducing that invention to practice. The Federal Circuit’s Rule 36 affirmance was issued by Circuit Judges Timothy Dyk, Jimmie Reyna and Todd Hughes.

Mantis Communications filed this appeal from a series of patent infringement suits filed in the Eastern District of Texas against Edible Arrangements, Culver Franchising, Regal Cinemas, Baskin-Robbins and Papa Murphy’s. Last November, U.S. District Judge Rodney Gilstrap entered a final judgment in all these cases finding seven patents asserted by Mantis Communications and covering mobile data communications invalid under 35 U.S.C. § 101 for subject matter eligibility. Defendants had argued that the asserted patent claims related to the abstract idea of sending, receiving, and redeeming or validating marketing offers, and that the claims failed to add significantly more to the abstract idea to result in an inventive concept. The Federal Circuit’s Rule 36 affirmance was issued by Circuit Judges Dyk, Evan Wallach and Richard Taranto.

In re: James Patterson, Nathan Moody

Patent applicants James Patterson and Nathan Moody appealed the rejection of U.S. Patent Application No. 20120221936, titled Electronic Book Extension Systems and Methods and assigned to Google. The claimed invention covered an electronic book system that allows third parties to make available to users extensions or add-ons that provide additional features or functions relating to a book. In May 2017, the Patent Trial and Appeal Board (PTAB) issued a decision affirming an examiner’s final rejection of all 27 claims of the ‘936 patent application. The examiner had rejected claims as anticipated by a 2011 patent application (“Ho”) covering an electronic book reader in which audio files play automatically, while the remaining claims were rejected as obvious in light of a combination of Ho and other patent applications covering e-book readers. The Federal Circuit’s Rule 36 affirmance was issued by Chief Judge Sharon Prost along with Circuit Judges Kimberly Moore and Todd Hughes.

German drugmaker Erfindergemeinschaft UroPep filed a patent infringement suit against Eli Lilly in the Eastern District of Texas back in May 2015, asserting a patent covering a method of administering inhibitors of phosphordiesterase to treat prostate diseases. After a trial, Eli Lilly was found to infringe the patent through its sale of Cialis for the treatment of benign prostatic hyperplasia (BPH); Eli Lilly also didn’t prevail in its argument that the patent was invalid for indefiniteness. A jury verdict entered last April awarded $20 million in reasonable royalties to UroPep and, in a judgment on the merits, U.S. District Judge William Bryson awarded an ongoing royalty rate of 5.68 percent of all Cialis five milligram sales for treating BPH during the post-verdict period. Eli Lilly appealed to the Federal Circuit and a Rule 36 affirmance was issued by Chief Judge Prost and Circuit Judges Moore and Hughes.

In re: Baxter Corporation Englewood

Baxter Corporation Englewood appealed the final rejection affirmed by the PTAB relating to claims from U.S. Patent Application No. 20120185277, titled Centralized Sterile Drug Products Distribution and Automated Management of Sterile Compounding Stations. The PTAB issued a decision on request for rehearing last August after the patent applicant argued that the claims, which were rejected on 35 U.S.C. § 101 grounds for being directed to non-statutory subject matter, were patent-eligible in light of the Federal Circuit’s 2016 decision in BASCOM Global Internet v. AT&T Mobility LLC. However, the PTAB held that BASCOM didn’t alter the determination and found that the claims don’t include an inventive concept for the purposes of the Alice patent-eligibility test. This Rule 36 affirmance was issued by Chief Judge Prost and Circuit Judges Moore and Hughes.