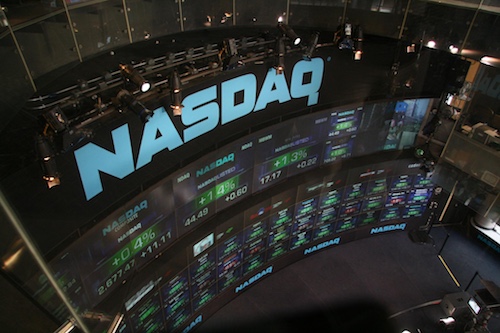 In early October, the Patent Trial and Appeal Board (PTAB) instituted a series of covered business method (CBM) reviews on patents owned by American stock exchange Nasdaq. The CBM reviews were petitioned by trading platform provider Miami International Holdings (MIAX) and challenge the validity of patents which Nasdaq has asserted against MIAX in U.S. district court.

The patents the PTAB has decided to institute CBMs on are:

These patents are part of a series of seven patents asserted by Nasdaq against MIAX in a patent infringement suit filed in the District of New Jersey last September. In its complaint, Nasdaq noted that MIAX launched two options exchanges, one in 2012 and one in 2017, and hired at least 15 “key employees” from Nasdaq to develop those options exchanges by leveraging technology originally developed by Nasdaq. “While Nasdaq developed its custom electronic trading technology with sustained effort over many years, MIAX leveraged information stolen by the former Nasdaq employees to shortcut the process and purportedly build two comparable electronic exchanges in a fraction of the time it took Nasdaq to build the same,” NASDAQ’s complaint reads.

The CBM reviews recently instituted by the PTAB on the aforementioned Nasdaq patents are challenging the validity of patent claims on 35 U.S.C. § 101 grounds as being directed to patent-ineligible subject matter. For example, the PTAB’s decision to institute the CBM review on all nine claims of the ‘093 patent involved a Section 101 patent eligibility test under the framework set by the U.S. Supreme Court in Alice Corp. v. CLS Bank International (2014). In the first step of that test, the PTAB determined that claim 1 of the ‘093 patent was directed to the fundamental economic practice of executing a trade or an order, “ a fundamental economic practice long prevalent in our system of commerce.”

The PTAB panel was not persuaded by Nasdaq’s argument that the claims require complex software including algorithms for executing specific trading processes in a prescribed manner, or that the claims covered fully computerized systems which weren’t longstanding, fundamental economic concepts such as were upheld by the Federal Circuit in 2017’s Trading Technologies v. CGQ, Inc. In step two of the Alice test, the PTAB found that the challenged claims only require generic and conventional computer technologies including a computer interface, computer processors, terminals, timer, memory and exchange computers. Nasdaq argued that the retroactive application of CBM review to patents issued prior to passage of the America Invents Act, which enacted the PTAB and CBM review, was unconstitutional, but the PTAB declined to consider the constitutional argument.

Along with the three Nasdaq patents for which the PTAB recently instituted CBM reviews, the other four patents asserted by Nasdaq against MIAX in the district court proceedings have also been challenged by MIAX at the PTAB by petitions for CBM review on Section 101 grounds. Those challenges are all open at the pre-institution phase.

In a press release issued after the PTAB’s decision to institute the CBM reviews, Miami International Holdings CEO and Chairman Thomas P. Gallagher was quoted as saying:

“We are gratified that the PTAB has taken the first step to validating our position that these patents are not patentable under the current state of the law. We are hopeful that the PTAB issues a final determination that these, and the other Nasdaq patents, are unpatentable and therefore cannot be infringed by MIAX. According to public reports from the USPTO, more than 80% of patents reviewed after the PTAB grants a petition are ultimately found void. This is a very compelling statistic and one which bodes very well for us going forward. Notwithstanding the distraction, as well as the waste of time, effort and financial resources to defend this baseless litigation, we are pleased with these recent developments and look forward to the PTAB’s ruling with respect to the remaining three patents and its final determinations.”