Is the Presumption of Validity Dead in Substitute Claims Issued as a Result of Motions to Amend After PTAB Proceedings? 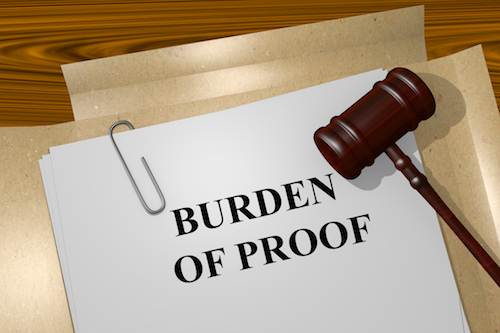 In a White Paper published by Askeladden LLC’s Patent Quality Initiative, we analyze the proper role of a the presumption of validity for claims that have been amended in post-issuance proceedings like Inter Partes Review (IPR) proceedings under the Smith-Leahy American Invents Act (AIA).  A full copy of our paper is available here.  The following is an excerpt discussing our thesis and conclusion that the presumption of validity should not apply to substitute claims, since such claims have never been fully examined and thus not entitled to the presumption that they were.

Under Section 282 of the Patent Act of 1952, “[a] patent shall be presumed valid” and “[t]he burden of establishing invalidity of a patent or any claim thereof shall rest on the party asserting such invalidity.” 35 U.S.C. § 282 (2018).  As Judge Rich, one of the authors of the 1952 Patent Act explained, the rationale for this presumption is based on “the basic proposition that a government agency such as the [PTO] was presumed to do its job.” American Hoist & Derrick Co. v. Sowa & Sons, Inc., 725 F.2d 1350, 1359 (Fed. Cir. 1984).  This presumption makes sense in the context of the statutory scheme of the 1952 Act which first codified this presumption, where a patent application follows an “inquisitorial process between patent owner and examiner.” See SAS Institute, Inc. v. Iancu, 138 S. Ct. 1348, 1353 (2018).   Thus, the examiner, acting on behalf of the government, can be presumed to have performed his or her job if and when a patent claims issue.

However, in 2011, under the Smith-Leahy American Invents Act (“AIA”), unlike the original prosecution, or even traditional ex parte reexamination, “the petitioner is master of its complaint and nor­mally entitled to judgment on all of the claims it raises, not just those the decisionmaker might wish to address.” Id. at 1355 ; see id. at 1356 (“[T]he petitioner’s petition, not the Director’s discretion, is supposed to guide the life of the [inter partes review] litigation.”).   To the extent that all the PTAB is performing is “a second look at an earlier administrative grant of a patent,” Oil States Energy Servs., LLC v. Greene’s Energy Grp., 138 S. Ct. 1365, 1374 (2018) (quoting Cuozzo Speed Techn. LLC v. Lee, 136 S. Ct. 2131, 2144 (2016)), continuing to apply this presumption to claims that survive a PTAB proceeding (like an inter partes review) continues to make sense.  After all, the government did its job in the first instance in the original inquisitorial examination, and a third party challenger was unable to demonstrate error.

However, since the Federal Circuit’s decision in Aqua Products, Inc. v. Matal confirmed that the burden of persuasion on a the patentability of amended claims in a motion to amend in an inter partes review proceeding (and presumably other post issuance PTAB proceedings) is placed on the petitioner, the theoretical rationale for Section 282(a)’s presumption of validity is no longer present for such amended claims.  872 F.3d 1290 (Fed. Cir. 2017) (en banc).  In particular, there is no government agency that is tasked with performing the inquisitorial examination that gave rise to the original presumption.  How can there be a presumption that the government agent charged with examining the patent claims did his or her job, when there is no such person assigned to perform that job?

In Part I of our paper, we examine the historical roots of Section 282(a) and the presumption of validity and its rationale and applicability to claims that issued through original prosecution and traditional inquisitorial reexamination proceedings.  In Part II, we examine how previously issued claims and amended claims presented in motions to amend in post issuance proceedings before the PTAB after Aqua Products are addressed and the procedures and duties of the relative participants with respect to testing each such claim.  In Part III, we analyze the proper role of the presumption of validity for claims that issue in post issuance proceedings, both previously issued claims and amended claims.

With respect to amended claims in post issuance proceeding, we explain our conclusion as follows.

The Federal Circuit previously determined that the “presumption [of validity] applies to all issued claims,” but “[t]hat does not mean, however, that [a court] should not consider the prosecution history” when there are “quirks in the prosecution history.” Sciele Pharma., Inc. v. Lupin Ltd., 684 F.3d 1253, 1261 (Fed. Cir. 2012).  In the case of substitute claims that issue as a result of motions to amend during post-issuance proceedings, there certainly are “quirks in the prosecution history” as there is no prosecution history at all.  The fact that an examiner did not engage in the typical inquisitorial examination process or previously consider prior art references could impact the weight that a court or jury assigns to the evidence.  “For example, it could be reasonable to give more weight to new arguments or references that were not explicitly considered by the PTO when determining whether a defendant met its burden of providing clear and convincing evidence of invalidity.” Id. at 1260.

Unlike the initial prosecution process, there is no government agent charged with examining substitute patent claims that issue as a result of motions to amend during post-issuance proceedings.  Under the logic of Sciele, it would be reasonable in such instances to give more weight to all arguments and references as they were never considered by the PTO.   This falls in line with the reasoning of the Supreme Court in Microsoft Corp. v. i4i Ltd. Partnership, 131 S.Ct. 2238 (2011).  Specifically, Justice Sotomayor pointed out that there is “[n]othing in [Section] 282’s text suggests that Congress meant to depart from that understanding to enact a standard of proof that would rise and fall with the facts of each case.” Microsoft, 131 S. Ct. at 2250.  Further, the Court indicated that in cases where evidence was never considered by the PTO, the cases should be read to reflect the “commonsense principle” that “if the PTO did not have all material facts before it, its considered judgment may lose significant force.” Id. at 2251.  Thus, the “challenger’s burden to persuade the jury of its invalidity defense by clear and convincing evidence may be easier to sustain.” Id.

While overcoming Section 282(a)’s presumption of validity should be easier in theory with respect to substitute claims, as a practical matter, it likely will still prove to be difficult.  Faced with instructions that all patent claims are presumed valid and that invalidity must be proven by clear and convincing evidence, and an understanding that the Patent Office already took a second look at an asserted patent and issued new substitute claims, a jury will likely have difficulty understanding a further instruction that evidence not presented during an inter partes review proceeding should be weighed more heavily, much less ultimately finding a substitute claim invalid when sufficient evidence has been presented.

Nonetheless, without a full inquisitorial approach, claims amended in an inter partes review proceeding or other post-issuance challenge are likely to be subject to a greater scope of challenges, since the foundation for the presumption of validity that otherwise exists is no longer present. Thus, as Justice Sotomayor explained, challenges on grants not already raised, “may be easier to sustain.” Microsoft, 131 S. Ct. at 2251.

A presumption of validity that is based on the assumption that government officials are presumed to have done their job is reasonable when a government office has been so tasked.  However, in the context of amended claims coming out of an inter partes review, the rationale falls apart.  No presumption should remain for such claims, at least as long as the burden in an inter partes review rests solely upon a petitioner with respect to substitute claims offered by amendment.