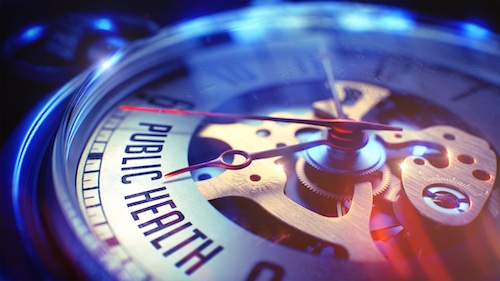 In the 90s my mother was handed a death sentence at 61, a diagnosis of Progressive Supranuclear Palsy. It debilitates motor functions, like walking, speaking, swallowing, and progresses fast.  Life expectancy after diagnosis is 7 years. Over the next few years she struggled to do simple tasks such as eating and passed away at 67.  We were shocked as there was no incidence of neural disease in our family.

In hindsight I can trace mother’s earliest symptoms, extremely sensitive teeth, breathing difficulty, and loss of balance to when she was in her 50s.  The prevalent dietary advice for prevention of chronic health diseases in 80s and 90s was low-fat, low omega-6 fatty acids, and high monounsaturated fatty acids and primarily olive oil intake.  Mother had adopted this advice because one of her brothers had died of heart disease at 48.

Troubled by mother’s case, I began researching lipids (fats, certain vitamins and phytochemicals) in early 2000s.  I was skilled in the field having majored in biology and chemistry.  Scientific and mainstream literature then overwhelmingly taught reduction in omega-6 and increase in omega-3 to achieve omega-6 to omega-3 ratio of 2:1 or less.  It isn’t just that they taught against excessive omega-6 but they taught extremely low omega-6 intake (e.g., less than 0.5% of calories or less than 1.11g/day for 2000 calories/day; see Landsin collaboration with US National Institutes of Health, Ann. N.Y. Acad. Sci. 2005;1055).  Such teachings are still prevalent.

In my findings, omega-6 was the most important fatty acid for health; its dosage was critical, and omega-6 to omega-3 ratios higher than 4:1 were found effective in general, particularly for high antioxidants and phytochemicals consumers.  Current scientific research confirms my discoveries. It was now clear that my mother’s neural disease was associated with extreme deficiency of certain lipids including omega-6 due to erroneous the teachings in 80s and 90s

In fact, most chronic diseases are associated with imbalanced lipid intake, and 117 million Americans suffer from these diseases.  About $3 trillion annually is spent in US on treating those diseases.  Despite the criticality of lipids, clear solutions are not provided to the public.  Rather there is confusion and misinformation.

Education about lipids alone is not enough, because healthy dosages of the various lipids vary for different members of the family and are hard to obtain.  Lipid-rich foods such as oils and butters are unpredictable in lipid content. For example, omega-6 can be 6-80% in safflower oil and 2-20% in olive oil.  Even olives from same tree vary seasonally in lipid content.  Moreover, certain lipids are potent in micrograms, particularly from oils, because in concentrated state they are absorbed differently.

The problem has to be solved innovatively by providing pre-formulated tailored lipid dosages to the public.  This innovation will not only reduce the disease burden and healthcare costs but will also make further contributions by affecting downstream actions of others.  So, I founded Asha Nutrition Sciences in 2008 with the main product offering of packaged tailored lipid dosages using different lipid sources to control the lipid content, and filed for patents, because without patents we could not fund the effort. Patents are the lifeblood of innovation; without a patent there is simply no way to obtain the funding necessary to implement this complex innovation.

To be clear there is no statutory prohibition on nutrition patents.  The US statute of “patent eligibility” 35 USC § 101 simply states, “Whoever invents or discovers any new and useful process, machine, manufacture, or composition of matter, or any new and useful improvement thereof, may obtain a patent therefor, subject to the conditions and requirements of this title.”

However, in practice the patent system severally restricts nutrition patents, such as to my innovation.

Because of such patent practice, lipid delivery fundamental to public health have not materially advanced since the invention of food oils approximately 6000 years ago.  Periodically, certain fatty acids (e.g., omega-3) or oils or low-fat teachings have been hailed, only to reverse a few years later.  To date random oils are randomly added to foods; no guidance is given that different batches of the oils can have significantly different lipid composition and that minor lipids components present in oils can be potent.  Oil making has advanced but delivery of oil for ingestion by subjects is still archaic.

Instead, the patent approval process favors patent grant to drugs, devices, and structurally altered molecules. Under the circumstances it is to be expected that prevention would not receive attention from medical practitioners. Additionally, structurally altered molecules (e.g. hydrogenated fats) favored by the patent practice have previously caused worldwide diseases for over 100 years.  Because the patent practice refuses to grant patents that solve the problem head-on, divergent mini-solutions are developed, which make things worse.

After nine years of costly legal proceedings the United States Patent Office denied the patent by misapplying the law.  The Court of Appeals for the Federal Circuit rubberstamped the Patent Office and issued an evasive non-precedential opinion—meaning this ruling does not apply to other cases.  The case is now appealed to the Supreme Court of the United States.

While I am frustrated with the Patent Office, and the Federal Circuit, the real problem is that the U.S. Supreme Court has given conflicting guidance on patent eligibility despite the clear and unambiguous terms of § 101. Thus, unless and until Congress steps in – and they should – innovators like me have no choice but to throw myself on the mercy of the Supreme Court and ask them to consider the magnitude of the harm their rulings have created.

During the nine years the patent application has been pending, 13.6 million Americans have died of associated chronic diseases.  While the Government denies any responsibility, I beg to differ. Advancement in the art must be the overriding constitutional standard, and where there would be a positive effect on society a patent must not be denied. Denying patents on such significant advances, which will not take place without patent protection, goes against everything the patent system is supposed to promote.

I trust that the Supreme Court will reverse the prior decisions and restore confidence that our legal system does indeed work!

Urvashi Bhagat is the Founder, Chief Executive Officer, and Chairwoman of the Board of Asha Nutrition Sciences, Inc. Ms. Bhagat made groundbreaking discoveries in lipid metabolism and the role of lipids and [...see more]