Apple to pay VirnetX $93.4 million in costs and interest for patent infringement 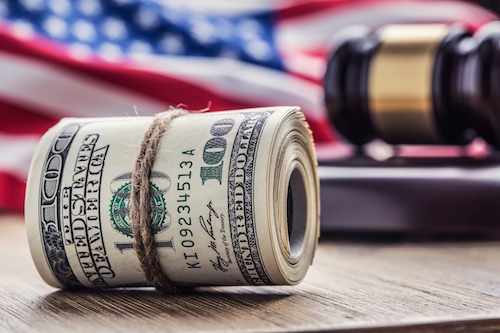 On Monday, September 25th, Zephyr Cove, NV-based patent owner VirnetX Holding Corporation filed a Form 8-K with the U.S. Securities and Exchange Commission (SEC) regarding an agreement between that firm and Cupertino, CA-based consumer electronics giant Apple on costs and prejudgment interest related to the ongoing patent infringement proceedings between the two companies. A press release attached to the Form 8-K indicates that Apple has agreed to pay VirnetX $93.4 million in costs and prejudgment interest, which in addition to the $502.6 million patent infringement verdict awarded to VirnetX in district court brings the total VirnetX monetary award to $595.9 million.

The original $502.6 million was awarded by a jury this April in the Eastern District of Texas occurred after a fourth jury trial stemming from VirnetX’s allegations that Apple had infringed upon a series of four patents related to creating virtual private network (VPN) connections between a client and a server involving the sending of a domain name service (DNS) request. Previous jury trials had resulted in damages awards for VirnetX ranging from $302.4 million up to $625.6 million. The jury verdict issued in April following this fourth trial installment found that Apple’s VPN on Demand and the redesigned FaceTime features infringed upon the patents-in-suit leading to the $502.6 million verdict.

VirnetX had sought for the court to enhance the damages award in this case but that was denied by a memorandum opinion and order entered by U.S. District Judge Robert Schroeder on August 30th. VirnetX had moved for the court to enhance damages by 100 percent pursuant to the jury’s finding that Apple’s infringement of the patents-in-suit was willful. In considering the non-exclusive factors for enhancing damages based on the egregious behavior of defendants which stem from the Federal Circuit’s 1992 decision in Read Corp. v. Portec Inc., Judge Schroeder found that the evidence “clearly supports a finding that Apple attempted to conceal its infringement, and this factor weighs in favor of enhancement.” Still, Judge Schroeder ended up deciding that enhancement of damages was inappropriate in this case as the misconduct was brief and the remediation effort was significant. Further, while the jury’s damages award was supported by the evidence in the case, Judge Schroeder was not persuaded that enhancement of the verdict would lead to the deterrence of future infringing conduct.

Following the jury trial, VirnetX had also moved for an injunction or, in the alternative, a sunset royalty in the form of an ongoing royalty on the sale of infringing units. VirnetX argued that an injunction was irreparably harmed by Apple’s infringement which has prevented VirnetX from capitalizing upon its competing Gabriel security platform. However, Judge Schroeder found that Gabriel didn’t compete with either the FaceTime or VPN on Demand features because, unlike those two, is a cross-platform application compatible with Apple, Android, Windows and Linux devices. Thus, Gabriel faced no competition from Apple in 50 percent of the U.S. smartphone market and 80 percent of the U.S. computer operating system market. VirnetX’s licensing agreement with Skype, which has been downloaded more than 1 billion times on the Android platform as compared to the nearly 1,000 Android downloads of Gabriel, further damaged VirnetX’s argument for injunction based on irreparable harm. VirnetX’s request to enhance the ongoing royalty rate from $1.20 per unit up to $3.00 per unit was also denied based upon many of the same reasons cited by the court for not enhancing the damages award for willfulness.

Anyone who has followed this case between VirnetX and Apple will be well aware of the impact patent validity proceedings before the Patent Trial and Appeal Board (PTAB) have played on the case. Previous damages awards to VirnetX totalling $1.1 billion have been wiped out thanks to the PTAB’s invalidation of VirnetX patents, including patents which have been upheld as valid and infringed at the Federal Circuit. This includes at least one patent successfully invalidated by Apple even though Apple filed its petition for a validity challenge at the PTAB after the statute of limitations to do so had run out.

While the recent agreement between VirnetX and Apple on costs and prejudgment interest may have increased VirnetX’s award by tens of millions of dollars, there’s still no sense that VirnetX’s rights as a patent owner have been truly upheld by the U.S. patent system.