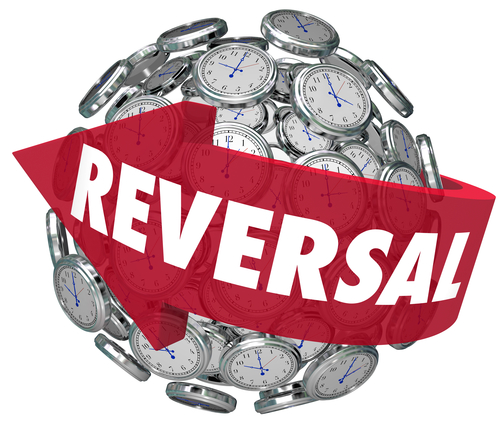 The Federal Circuit recently reversed a Patent Trial and Appeal Board (“Board”) inter partes review decision on nonobviousness, holding that the Board erred when it did not require Synvina, the patent owner, to come forward with evidence of nonobviousness (e.g., teaching away) once DuPont, the petitioner, established the prior art disclosed an overlapping range for a claimed result-effective variable. See E.I. du Pont de Nemours & Co. v. Synvina C.V., No. 2017-1977, 2018 U.S. App. LEXIS 26194 (Fed. Cir. Sept. 17, 2018) (Before Lourie, O’Malley, and Chen, J.) (Opinion for the court, Lourie, J.).

The claims at issue relate to a method for the creation of FDCA, a “green” building block for bio-based materials produced through the oxidation of 5-hydroxymethylfurfural (“HMF”). Oxidation of HMF to yield FDCA was known at the time of the claimed invention; the issue was whether the reaction conditions detailed by the claims, such as temperature, pressure, catalyst, and solvent, would have been obvious to a person of ordinary skill in the art at the time of the invention.

DuPont petitioned for IPR of the ‘921 patent, arguing that the asserted claims were invalid as obvious over the prior art. DuPont presented several prior art references disclosing the solvent and catalyst utilized in the ‘921 patent, as well as overlapping ranges for temperature and pressure. Since the conditions disclosed in the ‘921 patent were also disclosed in the prior art, DuPont argued the burden of production shifted to Synvinato show teaching away, unexpected results, or other evidence of non-obviousness.

However, the Board determined that Federal Circuit precedent “foreclosed such a [burden-shifting] framework in an IPR.” Although the Board recognized that the prior art disclosed oxidizing HMF to FDCA under reaction conditions that overlapped with those claimed in the ‘921 patent, it found that none of the references expressly taught the patented method. The Board also considered objective evidence of non-obviousness such as unexpected results, but it found “that evidence to be less probative in supporting a conclusion of non-obviousness.” In its final written decision, the Board held the asserted claims were not unpatentable as obvious. DuPont appealed.

As an initial matter, Synvina asserted that DuPont lacked standing to appeal. Specifically, Synvina, who had not filed an infringement suit against DuPont, argued that DuPont had not suffered an actual or imminent injuryand as such could not prove standing. The Court, however, noted that “a petitioner who appeals from an IPR decision need not face ‘a specific threat of infringement litigation by the patentee’ to establish jurisdiction.” “Rather, on appealthe petitioner must generally show a controversy ‘of sufficient immediacy and reality’ to warrant the requested judicial relief.” The Court found that DuPont faced a sufficient risk of infringement liability, because it owned a plant to produce FDCA that could operate within the ranges of the ‘921 patent and “‘has concrete plans’ for present and ‘future activity that create[] a substantial risk of future infringement or likely cause the patentee to assert a claim of infringement.’” Accordingly, the Court concluded that DuPont had standingto appeal.

The Court then moved on to obviousness. Dupont advanced two primary arguments. First, the Board erroneously refused to apply a burden-shifting framework in the context of overlapping prior-art ranges. Second, the Board invoked a “result-effective variable” requirement inconsistent with Federal Circuit precedent.

Regarding the burden-shifting argument, Federal Circuit precedent states that “‘where there is a range disclosed in the prior art, and the claimed invention falls within that range, the burden of production falls upon the patentee to come forward with evidence’ of teaching away, unexpected results, or other pertinent evidence of nonobviousness.” In this case, the Federal Circuit held for the first time that this burden-shifting framework also applies in the IPR context. The Court stated:

The point of our overlapping range cases is that, in the absence of evidence indicating that there is something special or critical about the claimed range, an overlap suffices to show that the claimed range was disclosed in—and therefore obvious in light of—the prior art. . . . Importantly, the language employed in our overlapping range cases does not shift the burden of persuasion to the patentee to prove nonobviousness by, for example, pointing to evidence of criticality or unexpected results. All our case law states is that, absent a reason to conclude otherwise, a factfinder is justified in concluding that a disclosed range does just that—discloses the entire range. While a patentee technically has no “burden” to do anything to defend the validity of its patent other than hold the patent challenger to its own burden of persuasion, that burden of persuasion is necessarily satisfied when there is no evidentiary reason to question the prior art’s disclosure of a claimed range. . . . [W]e conclude that the same scheme applicable to district court adjudications and PTO examinations controls in IPR proceedings.

The Court also agreed with DuPont that the Board erred in its analysis of whether pressure and temperature were “result-effective” variables. The Court first pointed out the rationale behind requiring a determination of whether a particular variable is “result-effective” when considering whether it was obvious to claim a particular value for that variable: “a person of ordinary skill would not always be motivated to optimize a parameter ‘if there is no evidence in the record that the prior art recognized that [that] particular parameter affected the result.’” The Court found that the Board required DuPont to prove that the disclosures in the prior art “necessarily required” the temperature and pressure variables to be within the claimed range. According to the Court, however, DuPont only needed to show that it was recognized in the prior art, either expressly or implicitly, that the claimed oxidation reaction was affected by reaction temperature and pressure. There was no dispute that the evidence established that the oxidation reaction was affected by temperature and pressure, and therefore no substantial evidence supported the Board’s contrary finding that temperature and pressure were not “result-effective” variables.

The Court then applied the facts of this case to both obviousness issues. The Court found that DuPont demonstrated that the prior art taught the claimed reaction, as well as conditions either identical to or overlapping with those claimed. Therefore, the burden of production then shifted to Synvinato demonstrate teaching away, unexpected results, or some other evidence of nonobviousness. Synvinafailed to present evidence of teaching away, and substantial evidence supported the Board’s finding that there was no evidence of non-obviousness. Ultimately, the Court held that Synvina’s claims were obvious due to “very close prior art and weak evidence of nonobviousness.”

In IPR proceedings, the burden of production falls upon the patentee to show teaching away, unexpected results,or other pertinent evidence of non-obviousness where there is a range disclosed in the prior art and the claimed invention overlaps with that range.