Matal v. Tam: What’s New and What to Watch in Registration of Disparaging, Immoral, and Scandalous Trademarks

Author’s Note: Because of the nature of the Matal v. Tam ruling and related cases, this story contains language that some readers may find offensive. Many of the trademark examples herein have been edited out of sensitivity for the readers, although they appear in their uncensored form in their respective applications and registration certificates from the U.S. Patent and Trademark Office. 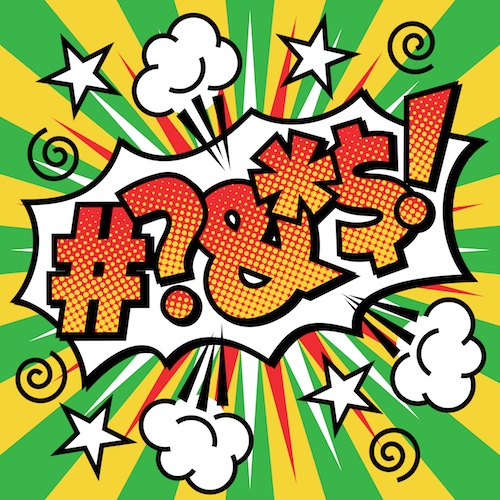 A little more than one year ago, the U.S. Supreme Court struck down the Lanham Act’s disparagement clause as unconstitutional in Matal v. Tam, 137 S. Ct. 1744 (June 19, 2017).  The case involved Asian-American dance-rock band The Slants, who sought “to ‘reclaim’ and ‘take ownership’ of stereotypes about people of Asian ethnicity.”  The U.S. Patent and Trademark Office rejected the band’s application to register its name under Section 2(a) of the Lanham Act, finding that the mark “[c]onsists of . . . matter which may disparage . . . persons, living or dead, institutions, beliefs, or national symbols, or bring them into contempt.”  After the case made its way through the court system, the Supreme Court unanimously struck down the disparagement clause as viewpoint discrimination in violation of the First Amendment’s free speech clause.  This post explores Tam’s impact over the past year and related developments on the horizon.

The immediate impact of Tam was predicted well before the Supreme Court entered its decision, as several groups were vocal in their support for Tam’s position.  Both the Washington Redskins football team and the D*kes on Bikes Women’s Motorcycle Contingent have since prevailed in their federal trademark registration disputes.

In addition, some marks that were previously viewed as disparaging have been issued registration certificates since Tam.  For example, the mark CH*NKY MINKY FRIENDS FOREVER was given an advisory refusal under the disparagement clause with action suspended pending the resolution of Tam.  Examination resumed after the Supreme Court decided Tam, and the applicant received a registration certificate a few weeks ago.

However, Tam has not resulted in a substantial surge in disparaging registrations.  This is unsurprising, given that many companies have strong market-based reasons not to use a disparaging mark.  Indeed, in January 2018, the Cleveland Indians baseball team announced that it would remove the Chief Wahoo logo from its uniforms by the start of the 2019 season.  And Warner Brothers stopped licensing models of the “General Lee” car from The Dukes of Hazzard television series back in 2015 because of the controversy created by the Confederate Flag on the car’s roof.

Although there are certainly some deplorable exceptions, the majority of recent applications for arguably disparaging marks appear to be in the same vein as The Slants – attempts by members of the disparaged group to reclaim the term.  Perhaps the best homage to Tam’s win at the U.S. Supreme Court is the magazine Slant’d, which “is an independent media company that celebrates Asian American identity through personal storytelling.”  After a successful Kickstarter campaign, Slant’d printed its first issue in July 2017.  It then filed a trademark application for SLANT’D on October 13, 2017 and received its registration certificate on July 10, 2018.

While disparaging marks have a certain niche in commerce (particularly in the reclamation context), marks with shock value can bring tremendous attention to a brand.  For example, the restaurant chain Dirty Dick’s Crab House has built its brand around innuendo, using the tagline “I got my crabs from Dirty Dick’s Crab House.”  And the clothing brand French Connection UK has used shock value in its advertising for decades, playing up the initials FCUK on its clothing and in its marketing campaigns.  Dirty Dick’s and FCUK are both registered with the USPTO, but the clothing brand FUCT faced rejection.

Eric Brunetti founded FUCT in 1990, and the brand’s clothing is distributed by stores like Urban Outfitters.  In 2011, Brunetti sought to register the FUCT mark with the USPTO.  The trademark examining attorney rejected the application, reasoning that FUCT is the past tense of the verb “f*ck,” which is a vulgar term.  The examiner relied upon the portion of Lanham Act Section 2(a) that permits refusal if the mark “[c]onsists of or comprises immoral . . . or scandalous matter.”  While fighting through the appeal process, Brunetti filed an amicus brief with the U.S. Supreme Court in the Tam case.

Brunetti’s case eventually made its way to the U.S. Court of Appeals for the Federal Circuit, where it was set for oral argument on August 29, 2017—about two months after Tam was decided.  The Federal Circuit panel issued is opinion on December 15, 2017, relying in large part on Tam to strike down the Lanham Act’s ban on registration of immoral or scandalous marks as violating the First Amendment.  In re Brunetti, 877 F.3d 1330 (Fed. Cir. Dec. 15, 2017).  Importantly, however, while the Tam decision was based on improper viewpoint discrimination, the Brunetti majority wrote, “[i]ndependent of whether the immoral or scandalous provision is viewpoint discriminatory, we conclude the provision impermissibly discriminates based on the content in violation of the First Amendment.”

The Federal Circuit denied panel rehearing and rehearing en banc in Brunetti, so the next stop is the U.S. Supreme Court.  The original deadline to file a petition for writ of certiorari was July 11, 2018, but government has requested and received two extensions.  If the government decides to seek Supreme Court review, its deadline to request certiorari is now September 7, 2018.

While Brunetti remains pending, the USPTO has continued to receive applications to register arguably immoral or scandalous marks.  On May 24, 2018, the agency issued guidance to its examiners that “the USPTO will continue to examine applications for compliance with the scandalousness provision while the constitutionality of the provision remains subject to potential U.S. Supreme Court review.”  As it did with potentially disparaging marks while Tam was pending, the USPTO has instructed examiners to conclude examination on all other issues, and then suspend examination on potentially immoral or scandalous marks pending potential U.S. Supreme Court review.

Predictably, applications to register several other variations of the word “f*ck” have been suspended, such as AMERICAN AS F*CK, TEAM F*CK YOU, and JUST F*CK IT.  A few recent applications to register variations of the word “c*nt” are in the early stages of examination, including two related to campaigns to prevent texting and driving (C*NT: CAN U NOT TEXT and IF YOU TEXT AND DRIVE YOU’RE A C*NT). Assuming those marks are otherwise registrable, they will likely face suspension pending the outcome of Brunetti as well, given that the USPTO has previously used the immoral or scandalous clause to reject other applications containing the same vulgar term.

Many other related issues remain ripe for consideration in Brunetti and future cases. Most significantly, are trademarks considered “commercial speech?”  If so, laws relating to trademarks might be subject to relaxed scrutiny for constitutional compliance rather than strict scrutiny.  In Tam, Justice Alito’s majority opinion found it unnecessary to address whether trademarks are “commercial speech,” concluding that the disparagement clause would constitute unconstitutional viewpoint discrimination even under a lower standard of review.  However, Justices Kennedy, Ginsburg, Sotomayor, Kagan, and Thomas (a majority of the Court on this issue) concluded that viewpoint discrimination is subject to strict scrutiny even in the context of commercial speech.  With Justice Kennedy’s recent retirement and the Federal Circuit deciding Brunetti not on viewpoint grounds, but rather as an impermissible content-based restriction, it is difficult to predict how the Supreme Court might decide the “commercial speech” question in Brunetti or future cases.

Similarly, Judge Dyk wrote separately in Brunetti to emphasize his view that the immoral or scandalous language in Section 2(a) should be narrowly construed to apply only to “obscene” marks, and that construction would preserve its constitutionality.  However, because he found that the FUCT mark was not obscene, he concurred in the judgment.  Either through the Brunetti case or another case in the future, the Supreme Court might provide guidance on the appropriate statutory construction for the immoral or obscene clause.

While Tam settled some issues related to The Slants, the Washington Redskins, and D*kes on Bikes, the decision’s full impact remains to be seen.  Brunetti seems to be a promising avenue for the Supreme Court to address some of the tangential issues left open by the Tam decision.

Brian Iverson is a Member in the Washington, D.C. office of Bass Berry + Sims, where he focuses his practice on trademark litigation and other complex commercial dispute resolution. Mr. Iverson has [...see more]