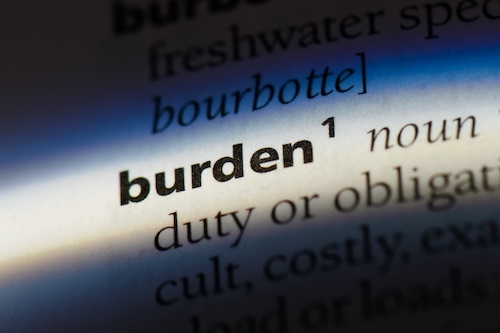 The United States Court of Appeals for the Federal Circuit recently vacated and remanded final written decisions in three inter partes reviews (IPRs) in which the Board determined that the petitions were not time-barred by 35 U.S.C. § 315(b) because the alleged time-barred party was not a real party in interest to the IPRs. Though the Board did not specify which party bore the burden of demonstrating that all real parties in interest were identified in the petition, it appeared to place that burden on the patent owner. In vacating that decision, the Federal Circuit indicated that the petitioner bears the ultimate burden of persuasion of demonstrating that all real parties in interest are listed in the petition and, thus, the petition is not time-barred under 35 U.S.C. § 315(b); that burden never shifts to the patent owner. Worlds Inc. v. Bungie, Inc., Nos. 17-1481, 17-1546, 17-1583, 2018 U.S. App. LEXIS 25401 (Fed. Cir. Sept. 7, 2018) (Before Prost, Chief Judge, O’Malley, and Taranto, Circuit Judges) (Opinion for the Court by Prost, Chief Judge).

In 2012, Worlds Inc. filed suit against Activision Publishing, Inc. in the District of Massachusetts for infringement of three patents generally directed towards the computer-generated display of avatars in a virtual world. Activision develops, publishes, licenses, and distributes videogames, including several games developed by Bungie, Inc. In 2014, Worlds notified Activision that it intended to add one of Bungie’s products to the litigation. Bungie subsequently filed six IPR petitions challenging World’s patents and identifying itself as the sole real party in interest. Worlds filed motions for additional discovery regarding whether Activision also should have been listed as a real party in interest, citing as evidence a Software Publishing and Development Agreement between Bungie and Activision. The Board denied the motions, concluding that Worlds had failed to show more than a “mere allegation” that something useful would come from the discovery. Later, Worlds filed its preliminary response in which it argued Activision should have been listed as a real party in interest. The Board rejected this argument in the institution decision, stating “Patent Owner has not demonstrated that Activision is an unnamed real party in interest,” reiterated this position in the final written decisions, and ultimately found the petitions were not time-barred and the challenged were invalid as obvious.

On appeal, Worlds argued that (1) the Board erred in concluding the petitions were not time-barred, and (2) the Board erred in its obviousness analysis. Because the Federal Circuit ultimately vacated and remanded based on the time-bar issue, it did not reach the merits of the obviousness issue. Regarding the time-bar issue, Bungie argued that the Board erroneously placed the burden of persuasion on the patent owner to prove that the petitions were time-barred because Activision was a real party in interest.

“We largely concur with the burden framework used in Atlanta Gas Light. As explained below, we agree that the IPR petitioner bears the burden of persuasion to demonstrate that its petitions are not time-barred under § 315(b) based on a complaint served on a real party in interest more than one year earlier. We also agree that an IPR petitioner’s initial identification of the real parties in interest should be accepted unless and until disputed by a patent owner. And although we disagree with treating this initial acceptance as a ‘rebuttable presumption’ that formally shifts a burden of production to the patent owner, we agree that a patent owner must produce some evidence to support its argument that a particular third party should be named a real party in interest.”

The Court’s primary concern with the Atlanta Gas Lightdecision was the use of the word “presumption.” Specifically, in Atlanta Gas Light, the Board viewed “presumption” as shifting the burden of production to the patent owner, such that the patent owner was then required to present “sufficient rebuttal evidence that reasonably brings into question the accuracy of a petitioner’s identification of the real parties in interest.” The Court stated:

“We disagree with the use of presumption in this context. We agree, however, that a patent owner must produce someevidence that tends to show that a particular third party should be named a real party in interest. A mere assertion that a third party is an unnamed real party in interest, without any support for that assertion, is insufficient to put the issue into dispute.”

In a footnote, the Court declined to address exactly what amount of support was required from the patent owner. It did indicate, however, “[i]f it were not framed in terms of a presumption, the standard used in Atlanta Gas Light—evidence that ‘reasonably brings into question the accuracy of a petitioners identification of the real parties in interest’—may pro

Using this burden framework, the Court reviewed the evidence presented by Worlds tending to show that Activision should have been listed as a real party in interest. This included a provision in the Software Publishing and Development Agreement between Activision and Bungie purporting to give Activision the right to review and approve Bungie’s legal reviews of products to ensure that intellectual property and other rights are cleared for use. The Board concluded that the Agreement did not give Activision the right to control the IPRs because the provision was directed to products, not patents, and thus Worlds had not presented evidence sufficient to show Activision was an unnamed real party in interest. Although the Court did not address the merits of the evidence presented by Worlds, it found the evidence was sufficient to put Bungie’s real party in interest identification into dispute and remanded for the Board to make a factual determination of whether Bungie had satisfied its burden to demonstrate that the petition was not time-barred.

Bungie also briefly argued that issue preclusion applies in this case because Worlds previously argued unsuccessfully that Activision was a real party in interest in other IPRs filed by Bungie on the other three patents asserted by Worlds against Activision. But because neither party devoted significant space in the briefs to this issue and the Board did not consider issue preclusion, the Court declined to address this issue: “In this case, such a limited record is insufficient for this court to decide, for the first time on appeal, whether issue preclusion should apply to this unusual set of facts.” The Court indicated, however, that the Board should address this issue on remand.

A petitioner’s identification of real parties in interest in the petition will be accepted unless and until the patent owner presents “some” evidence tending to show that an unlisted third party should be included as a real party in interest. The burden to demonstrate that the petition is not time-barred, however, always remains with the petitioner.