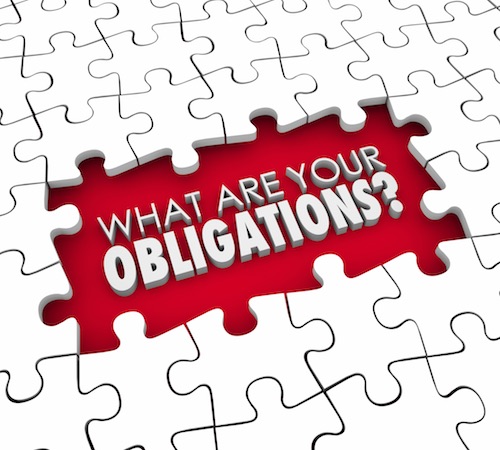 The United States Court of Appeals for the Federal Circuit recently issued a ruling on discussing the equitable doctrine of implied waiver; a decision that will be particularly important for those participating in the standard setting process and engaging with standard setting organizations, or SSOs as they are sometimes called. According to the Federal Circuit, failure to disclose patents and applications relevant to a standard may render a patent unenforceable based on an implied waiver.  See Core Wireless Licensing S.A.R.L. v. Apple Inc., No. 17-2102, 2018 (Fed Cir. Aug. 16, 2018) (Before Reyna, Bryson, and Hughes, Circuit Judges) (Opinion for the court, Bryson, Circuit Judge).

This case began when Core Wireless Licensing S.a.r.l. (“Core Wireless”) sued Apple Inc. (“Apple”) for infringing U.S. Patent No.s 6,477,151 and 6,633,536, both of which were directed to an improvement in the way mobile devices communicate with base stations in a digital network. Apple, in turn, argued that the ‘151 patent was unenforceable because Nokia – the original assignee of the ‘151 patent – breached a duty of disclosure it owed to the European Standards Organization (“ETSI”) during ETSI’s development of technical standards addressing propagation delays in GPRS networks. Specifically, Apple argued that Nokia’s failure to disclose a Finnish patent application, to which the ‘151 patent claimed priority, while advancing a proposal to revise the ETSI GPRS standard rendered the ’151 patent unenforceable. While Nokia’s proposal was ultimately rejected and replaced by a competing proposal, Nokia did not disclose its Finnish patent application to ETSI until four years later.

Following a jury trial, the jury found that Apple infringed the asserted claims and that neither claim was invalid. During a concurrent supplementary hearing on Apple’s equitable defense of patent unenforceability, the district court held that the ‘151 patent was not unenforceable. Specifically, the court held that Nokia did not have a duty to disclose the Finnish application because (1) its proposal was ultimately rejected, and (2) its patent claims were not finalized until three years later. Apple appealed. The Federal Circuit affirmed in part, reversed in part, vacated in part, and remanded.

First, the Court affirmed the findings of infringement and no invalidity of the ‘151 patent. Apple argued that while the claims require a device to be configured to receive a timing advance value (“TAV”) once per multi-frame structure, its devices are configured to operate in a variety of modes, some of which provide for the reception of more than one TAV per multi-frame structure.  The Court rejected this argument, holding that one cannot avoid infringement simply because a non-infringing mode of operation is possible. As long as Apple’s devices were configured to operatein a mode that received a TAV only once per multi-frame structure, they infringed the asserted claim, even though they could also operate in other modes.  The Court found that the issue of validity came down to a disagreement between the experts, and the jury could reasonably credit the testimony of Core Wireless’s expert over that of Apple’s expert.

Next, the Court vacated the court’s ruling that the patent was unenforceable based on implied waiver. “Implied waiver occurs when the patentee’s ‘conduct was so inconsistent with an intent to enforce its rights as to induce a reasonable belief that such right has been relinquished.” “[S]uch conduct can be shown where (1) the patentee had a duty of disclosure to the standard setting organization, and (2) the patentee breached that duty.” ETSI’s policy required members to disclose patents that “might be essential if adopted,” and defined “essential” to mean “it is not possible on technical . . . grounds . . . [to] comply with a standard without infringing that [patent].” Apple’s expert testified that (1) an ETSI member’s duty to disclose a patent application attaches at the time of its proposal, (2) that duty is not contingent on ETSI’s ultimate adoption of the proposal, and (3) that the duty to disclose under ETSI’s policy encompasses patent applications as well as patents. The Federal Circuit found there was no ground to dispute that Nokia’s proposal, if adopted, would have made the patent standards-essential. Accordingly, the district court’s finding that Nokia did not have a duty to disclose its patent application was unsupported by the evidence. Finally, the Federal Circuit held that there was no requirement under the implied wavier doctrine that a third party – in this case ETSI members – must interpret the patentee’s conduct as constituting a waiver of rights to enforce the patent.

The Federal Circuit, however, indicated that failure disclose, alone, is not enough to justify a finding of unenforceability.  Rather, “[b]ecause implied waiver . . . may render an entire patent unenforceable, the doctrine ‘should only be applied in instances where the patentee’s misconduct resulted in [an] unfair benefit’” or where there has been “a showing of prejudice or egregious misconduct sufficient to justify the sanction of unenforceability of the patent at issue.”  Accordingly, the Court remanded the case to the district court to make findings consistent with these principles.

Finally, the Court reversed the jury’s finding that Apple infringed the ‘536 patent because Core Wireless’s theory of infringement was inadequate to support the judgement. In particular, Apple’s products used an identification marker which did not satisfy the “bit pattern” limitation of the asserted claim.

Failing to disclose a pending patent application to a standards-setting organization may constitute implied waiver and render a patent unenforceable if the adopted standard covers the claimed technology. However, the equitable defense of unenforceability may not apply if the patent owner did not gain an unfair advantage from its breach of duty or otherwise engage in egregious misconduct.