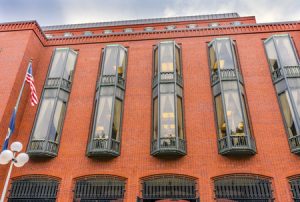 On Wednesday, August 15th, the Court of Appeals for the Federal Circuit issued a precedential decision in BSG Tech LLC v. BuySeasons, Inc. which upheld a decision by the district court to invalidate patent claims owned by BSG Tech as patent-ineligible under 35 U.S.C. § 101. The Federal Circuit panel of Circuit Judges Jimmie Reyna, Evan Wallach and Todd Hughes found that the district court correctly determined that patent claim asserted by BSG Tech were invalid as abstract ideas lacking any inventive step under the Alice/Mayo framework.

There are three patents-in-suit at issue in this appeal:

BSG Tech asserted these patents against BuySeasons in a complaint for patent infringement filed in the Eastern District of Texas in May 2016. BSG Tech alleged that BuySeasons had infringed upon the patents by providing a website with a index for costume items which allows users to post data as parametized items and also provides information based on previous parameters and values enabling users to search the costume database. In July 2016, BuySeasons filed a motion to dismiss based on a failure to state a claim, arguing that the patents-in-suit were invalid under the Alice/Mayo standard. In March 2017, U.S. District Judge Robert Schroeder issued an order granting BuySeasons’ motion to dismiss , but only after converting the motion to dismiss into a motion for summary judgment. Schroeder determined that the patent claims were directed at ineligible subject matter.

On appeal, the Federal Circuit panel reviewed de novo the patentability of the asserted claims by applying the two-step test created by the U.S. Supreme Court under the Alice/Mayo framework. In the first step, the panel agreed with Judge Schroeder that the asserted claims are “directed to the abstract idea of considering historical usage information while inputting data.” BSG Tech offered thdree arguments as to why the patent claims from the ‘699 patent were not directed to an abstract idea: first, the claims require a specific database structure; second, the claims require users to specifically consider “summary comparison usage information” rather than historical usage information; and finally, that the claims focus on non-abstract improvements in database functionality. The Federal Circuit, however, determined that the recited database structure provided a generic environment in which the claimed method was performed, that the term “summary comparison usage information” was very broad and that the benefits of the invention were not improvements to database functionality but rather “flow from performing an abstract idea in conjunction with a well-known database structure.” The appellate court determined that this analysis applied with equal force to asserted claims of the ‘294 patent.

BSG Tech’s appeal notes that asserted claim 9 of the ‘652 patent is directed at database systems, not the method claims asserted from the ‘699 and ‘294 patents. Claim 9 includes a limitation regarding users adding additional parameters without modifying the database’s predefined structure. The Federal Circuit, however, found that this limitation did not teach away from an abstract idea as it didn’t constitute an improvement in database functionality.

In the second step of the Alice/Mayo analysis, the Federal Circuit cited to its recent decision in Berkheimer v. HP Inc. to note that it was improper for a court to find claims ineligible under Section 101 on summary judgment when there was a genuine issue of material fact. Notwithstanding, the CAFC determined this case was different because the only allegedly unconventional feature of BSG Tech’s claims was the requirement that users are guided by summary comparison usage information, which was simply a restatement of the abstract idea identified under the first step of Alice/Mayo (frequently referred to as Step 2A). BSG argued that an inventive concept was supplied through the requirement of a specific database structure that doesn’t preempt consideration of historical usage information while inputting data into other types of databases, but the Federal Circuit found such structures to be well-understood and conventional.