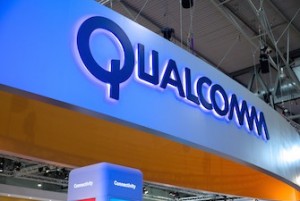 On Thursday, August 9th, San Diego, CA-based semiconductor developer Qualcomm Inc. announced that it reached a mutually agreed settlement with the Taiwan Fair Trade Commission (TFTC) which greatly reduces the financial penalty assessed to Qualcomm by the TFTC for antitrust issues. Although the TFTC will retain about $93 million USD in fines which have been paid by Qualcomm through July, the settlement eliminates the remainder of the original fine valued at $773 million USD and issued by Taiwan’s fair trade regulator last October.

The fines from the TFTC came after the Taiwan regulator determined that Qualcomm had violated that country’s Fair Trade Act by employing unfair practices in licensing its intellectual property to firms in that state. Reports on the TFCT’s fine at that time indicated that the Commission determined that Qualcomm held a monopoly over the chip market for modem technologies enabling wireless networking for mobile devices and had refused to license its IP to others in the industry. After the TFCT’s fine, Qualcomm issued an official statement where it argued that the $773 million USD fine had no rational relationship to the company’s revenues in Taiwan and that it would appeal the decision to Taiwan’s court system.

Under the terms of the recent settlement, Qualcomm has agreed to certain commitments to ensure that its licensing and negotiation practices regarding its portfolio of mobile standard essential patents (SEPs) will operate within principles of mutual good-faith and fairness. The agreement does not require Qualcomm to engage in component-level licensing activities or to set specific financial terms for the licensing of its SEPs. Qualcomm also consented to engaging in certain commercial initiatives within Taiwan over the next five years including the development of a Taiwan-based center for operations and manufacturing engineering as well as new collaborations within the 5G standard with Taiwanese startups and universities.

Alex Rogers, executive vice president and president of Qualcomm Technology Licensing, offered the following statement on news of the settlement with the TFCT:

“We are pleased to have reached a mutually beneficial resolution with the TFTC that puts the litigation behind us. This settlement directly addresses concerns raised by the TFTC, regardless of disputed positions, and builds on our foundation of collaborative, long-term business relationships in Taiwan. We are happy to reaffirm our commitment to licensing our valuable intellectual property under principles of fairness and good faith. With the uncertainty removed, we can now focus on expanding our relationships that support the Taiwanese wireless industry and rapid adoption of 5G technology.”

In recent years, Qualcomm’s licensing activities has been besieged across the globe by fair trade regulators and industry rivals alike. In 2015, Qualcomm was tagged with a $975 million USD fine from the Chinese government over the company’s patent royalty rates it charged in licensing. In late 2016, South Korea’s fair trade regulator levied a $912 million USD penalty over allegations of unfair licensing practices in that country. In the United States, Qualcomm has also faced legal action from the Federal Trade Commission.

A common thread in these regulatory actions, and perhaps the biggest thorn in Qualcomm’s side, has been consumer electronics giant Apple Inc. Last January, Apple filed suit against Qualcomm in U.S. district court over allegations that Qualcomm had violated fair, reasonable and non-discriminatory (FRAND) licensing obligations for its mobile SEPs. Last April, Qualcomm filed suit against Apple alleging tortious interference and accusing the Cupertino, CA-based tech giant of misrepresenting both Qualcomm’s business model and the performance of Qualcomm chips to foreign antitrust regulators. This July, Apple filed petitions for inter partes review (IPR) proceedings at the Patent Trial and Appeal Board (PTAB) in an attempt to eliminate Qualcomm’s intellectual property and avoid licensing its mobile technology.

Despite these attacks on its licensing business, Qualcomm has continued to invest in research and development to innovate new semiconductor technologies for mobile and wireless devices. The company recently unveiled a new Snapdragon 670 mobile processor which is designed to increase artificial intelligence (AI) capabilities for smartphones. Qualcomm has also been reaping greater revenues from its non-mobile chip sales and in early August the company announced that it expected to earn $1 billion from the sale of Internet of Things (IoT) chips this fiscal year, a sizeable portion of the $5 billion in expected revenues from the company’s non-mobile chip activities.