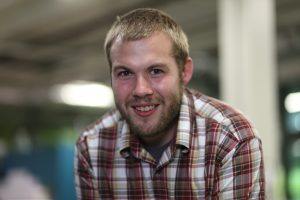 Alex Kubicek, founder and CEO of Understory, said that he founded the company in 2012 after finishing up a master’s program in atmospheric science. His research focused on the area of cloud microphysics, especially the fluid dynamics of how particles travel in thunderstorms. Kubicek noted that while satellite and radar technologies are very good at detecting weather conditions in the sky, they don’t do a great job at making meaningful determinations of weather impacts at the ground level. “In the current weather tech landscape, the technology is basically good for telling you what to wear outside or whether to bring an umbrella,” he said. “You can’t use that to make big business decisions.” Ground sensor technologies such as anemometers have existed for decades but Kubicek noted that their many moving parts require regular maintenance. Although Kubicek said that the weather tech space is crowded in the current moment, he added that many firms marketing technologies are relying on old technologies outfitted with Internet of Things (IoT) capabilities.

Understory’s first patent covers the sensor device itself which consists of a stainless steel sphere sitting on top of a shaft, a configuration which one of the sensor’s designer called “God’s joystick.” “The sensor detects microdeflections from rain or hail pushing on the joystick,” Kubicek said. Such measurements take place on the order of 50,000 times each second and algorithms processed at the device separates each microdeflection into a data point which can be sent to a cloud-based network of weather data. The three-dimensional data detected by the sphere component allows these sensors to measure not just the size of hail or rain but also the impact force, angle of impact and the directionality of precipitation. Unlike other weather sensing technologies, the invention covered by this patent has no moving parts and requires no field maintenance.

The second patent earned by Understory covers a cost-effective method for manufacturing the company’s weather-sensing apparatus with the use of commoditized components. “The entire device can be built using off-the-shelf parts,” Kubicek said. Such a cost-effective method of manufacturing the devices reduces the per unit construction costs from around $50,000 per unit to less than $1,000 each.

Understory’s weather-sensing technology is utilized by a range of industries including insurance providers, agriculture and utility companies. The company has also partnered with university researchers and while the company does not currently contract with government agencies, it is exploring those opportunities for the future. Understory is expecting to see a significant ramp up in its business over the next year and a half as it predicts that it will expand from a current network of 500 weather stations in five U.S. metropolitan locations up to 5,000 stations nationwide by the end of 2019. Within the next five years, Kubicek expects the company to continue to expand globally and create an even larger and more valuable data set of weather information.

Along with Understory’s patented technology, Kubicek says that the company does have some intellectual property which it protects as trade secrets. Much of the software incorporated into Understory’s weather sensors themselves come from open source providers. For example, the company runs SaltStack for packing software updates which can be transmitted wirelessly to each of the company’s sensors. The sensors, which are solar-powered, are cellular-based for uploading data to the company’s servers as well as receiving software updates. Although not covered by Understory’s patents, Kubicek noted that the pole element of the sensor system provides a non-penetrating roof mount which enables installation of the unit within 30 minutes and enables the use of the units in urban environments.

One has to wonder though whether the Federal Circuit and Supreme Court, when they might get their hands on these patents, will find them to be directed to nothing more than an abstract idea. After all, sensing the weather has been done since at least the dawn of recorded history. Indeed, one can only imagine that there are several judges on the Federal Circuit, and perhaps most of the judges on the Supreme Court, that will have little trouble convincing themselves that weather sensing technology that takes measurements 50,000 times each second could be done by pencil and paper and, therefore, is not patent eligible.

Hopefully for companies like Understory, the U.S. Congress or the Courts will sort out this mess before doing any more damage to startup technology companies, innovation generally, and the U.S. economy more broadly.