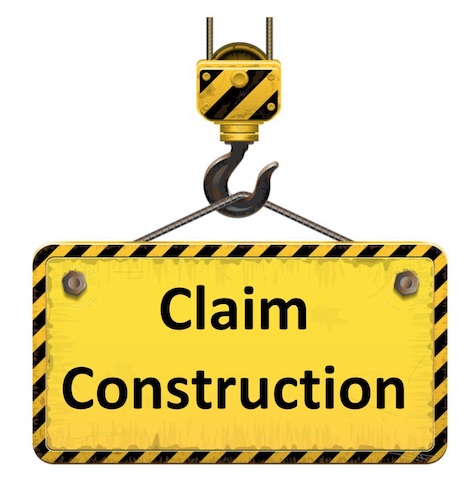 On May 9, 2018, the United States Patent and Trademark Office announced its proposed rulemaking in “Changes to the Claim Construction Standard for Interpreting Claims in Trial Proceedings Before the Patent Trial and Appeal Board.” 83 Fed. Reg. 21,221 (May 9, 2018). The change would replace the broadest reasonable interpretation (BRI) standard for construing unexpired and proposed amended patent claims with the same standard applied in Article III federal district courts and International Trade Commission (ITC) proceedings, a standard known as the Phillips claim construction standard.

The proposed rule would adopt the narrower standard articulated by the Federal Circuit in Phillips v. AWH Corp., where the “words of a claim are generally given their ordinary and customary meaning,” which is “the meaning that the term would have to a person of ordinary skill in the art in question at the time of the invention.” 415 F.3d 1303, 1312-13 (Fed. Cir. 2005). Additionally, under the proposed approach, the Patent Office would construe patent claims and proposed claims based on the record of AIA proceeding, and take into account the claim language, specification, and prosecution history.

The following are excerpts from the NYIPLA’s submission:

In the “Claim Construction Standard” sub-section of the proposal, the PTO recognizes that, although the BRI standard has long been used in PTO practice, the use of the BRI standard in PTAB trial proceedings versus the Phillips standard employed in district court and ITC proceedings, may result in different claim construction determinations being rendered in those various fora with respect to the same patent claims. The PTO also recognizes that greater uniformity, predictability and certainty would be provided if the same standard were to be used in those fora. The NYIPLA agrees with this position. As the PTO noted, 86.8% of patents at issue in AIA trial proceedings also have been the subject of litigation in the federal courts. Saurabh Vishnubhakat, Arti K. Rai & Jay P. Kesan, Strategic Decision Making in Dual PTAB and District Court Proceedings, 31 Berkeley Tech. L.J. 45 (2016) (https://ssrn.com/abstract=2731002). Also, it has occurred on occasion that patents have been invalidated in PTAB proceedings on the same grounds asserted in district courts where the patents ultimately were held to be valid, thus resulting in inconsistent outcomes. Steve Brachmann and Gene Quinn, 58 Patents Upheld in District Court Invalidated by PTAB on Same Grounds, IPWatchdog (last visited June 27, 2018). The NYIPLA believes that these facts weigh in favor of adopting the Phillips standard for PTAB proceedings. Indeed, employing the same (Phillips) standard in PTAB proceedings as that used in district court and ITC proceedings would reduce the likelihood that there would be inconsistent outcomes in the various fora, and thus serve a public notice function by virtue of providing for more uniformity, predictability, and certainty. These benefits can enable better-informed business decisions to be made, which, in turn, can help the economy.

The “Claim Construction Standard” sub-section of the PTO’s proposal also recognizes that Congress intended the PTAB trial proceedings to be quick and cost-effective alternatives to court litigation. See H.R. Re. No. 112-98, pt. 1, at 48 (2011), as reprinted in 2011 U.S.C.C.A.N. 67, 78. To meet those objectives, the AIA requires that the PTAB issue a final written decision on the patentability of any challenged claim within one year of instituting a trial. The NYIPLA respectfully submits that adoption of the Proposed Changes to the claim construction standard in PTAB trials should have no detrimental effect on the expediency of those trials, subject to the considerations set forth in Sections 2(a) and 3 below, and thus expediency will remain. Instead, adoption of the Proposed Changes may have multiple efficiency-related and cost-effective benefits

The proposed amendments to §§ 42.100(b), 42.200(b), and 42.300(b) include the addition of the following: “Any prior claim construction determination concerning a term of the claim in a civil action, or a proceeding before the International Trade Commission, that is timely made of record in the . . . proceeding will be considered.” The NYIPLA endorses this proposal, assuming that the Phillips standard is adopted for construing patent claims in PTAB proceedings. Indeed, after parties have spent significant effort and expense contesting the construction of claim terms under the Phillips standard in a district court or ITC proceeding, it is neither efficient nor cost-effective to necessarily have to represent and re-litigate the same arguments/issues again in a PTAB proceeding. The NYIPLA believes that the proposed amendments provide for greater efficiency and cost savings, in addition to providing other benefits as well, including better adjudicative economy, greater uniformity, predictability, and certainty across fora, and greater claim construction accuracy.

While the NYIPLA endorses the above proposal, the organization takes this opportunity to raise the following concerns.

(a) Timeliness and Form: The proposal states that prior claim construction determinations will be considered “if timely made of record.” The Federal Register notice is silent as to what the PTO considers to be “timely.” As such, the following questions are outstanding: How does the PTO define “timely”? Does the “prior claim construction” need to be made of record during the petition phase prior to institution of a PTAB proceeding? Will the PTAB consider a prior claim construction determination that was made after institution of a PTAB proceeding? The NYIPLA looks forward to further details regarding what the PTO considers to be “timely”, in the context of the proposed rule change discussed above.

Chandler Sturm is an Associate at Amster, Rothstein & Ebenstein LLP, where she works on all areas of intellectual property law, including patents, trademarks and copyrights. She has been involved in numerous [...see more]