No Light at the End of the Tunnel, Not Even Close 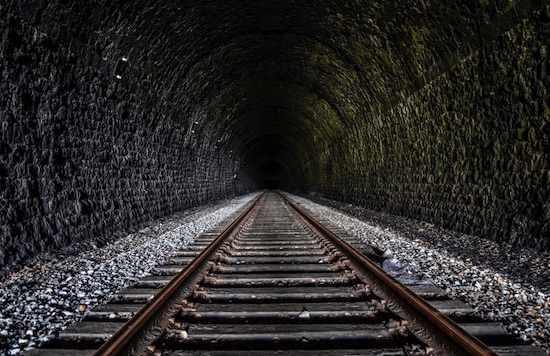 Last February, in light of the recent Berkheimer and Aatrix cases, Attorney Meredith Addy wrote an excellent article for IP Watchdog entitled: “Is there a Light at the End of the Alice Tunnel?”  In her article, Meredith Addy aspired “[h]opefully . . . this is the beginning of a recognition of the underlying facts and the procedure required for proper Rule 12 dismissal, and not just a blip in the Alice carnage.”  Five months later, it is clear that Ms. Addy was too optimistic.

Yet despite the Supreme Court’s trio of evidence-based holdings, it was February of this year before a single three-judge Federal Circuit panel definitively ruled on the evidence issue in Berkheimer v. HP, and it was the end of May before a majority of the Federal Circuit signed on to the idea that determining whether a man-made something is well-understood (or well-known), routine and conventional is an issue of fact that should be based on objective evidence.  That’s the better part of a decade of the Federal Circuit wandering the desert despite having a sextant, a sky full of bright stars and a truckload of the most modern GPS systems known to man.  This isn’t comforting.

Further, the honorable Judge Reyna’s dissent in Berkheimer en banc (as with Aatrix) is puzzling given Judge Reyna’s holding in McRo v. Bandai.  That is, despite Judge Reyna’s recent anti-evidence stance, a reading of McRO (penned by Judge Reyna) reveals he decided that the McRO claims were patent-eligible based on a lack of evidence.  “Defendants provided no evidence that the process previously used by animators is the same as the process required by the claims” (emphasis added).  McRO, slip op. at p. 24.  “Defendants’ attorney’s argument that any rules-based lip-synchronization process must use the claimed type of rules has appeal, but no record evidence supports this conclusion” (emphasis added).  McRO, slip op. at p. 26.  Clarification is needed.

In contrast to Judge Reyna, the honorable Judge Taranto signed on to all three of the pro-evidence McRO, Aatrix and Berkheimer en banc decisions.  However, despite Judge Taranto’s recent epiphany on the need for evidence, his Electric Power Group v. Alstom and SAP America v. Investpic decisions are devoid of any discussion of evidence on the record.  Alstom and Investpic are arguably the two worst anti-evidence patent-eligibility decisions to date.  These cases cannot be reasonably reconciled with McRO, Aatrix and Berkheimer, and few information-age claims survive the holdings of these cases.

Note that I am not declaring that the claims of either of Alstom or Investpic must be patent eligible.  I merely assert that Judge Taranto’s holdings in these cases cannot be reconciled with the holdings of McRO, Aatrix and Berkheimer, all of which Judge Taranto signed on to.  I also posit that the Alstom and Investpic decisions cannot be reconciled with the holdings of at least DDR Holdings, Trading Technologies, Enfish and Finjan.

For example, in Alstom, the Federal Circuit declared that merely “presenting the results of abstract processes of collecting and analyzing information, without more (such as identifying a particular tool for presentation)” cannot be patent eligible.  Alstom, slip op. at p. 7.  Note that Alstom doesn’t identify what might qualify as a “particular tool for presentation,” or why a “particular tool for presentation” is necessary under Alice/Mayo.  The court’s supporting citations of Content Extraction and Ultramercial provide no apparent clue.  Further, Bilski clearly states that “courts ‘should not read into the patent laws limitations and conditions which the legislature has not expressed.’”  Bilski, slip op. at p. 2 (citing Diamond v. Diehr), and it is worth noting that DDR Holdings, Trading Technologies, McRO, Enfish, Finjan, Berkheimer and Aatrix involve claims that do nothing more that collect, process and (maybe) display data.

The Alstom decision is problematic.  However, compared to Alstom, the recent Investpic holding is far more disturbing.  Not only did the Federal Circuit eschew the need for an evidence-based analysis, but the court declared that no advantage under step two of the two-part Alice/Mayo test could cure abstractness.  “The claims here are ineligible because their innovation is an innovation in ineligible subject matter.”  Investpic, slip op. at p. 3.  “In the absence of the required ‘inventive concept’ in application, the claims here are legally equivalent to claims simply to the asserted advance in the realm of abstract ideas – an advance in mathematical techniques in finance.”  Investpic, slip op. at p. 13.  “Under the principles developed in interpreting § 101, patent law does not protect such claims, without more, no matter how groundbreaking the advance.”  Id.

The rule established by the Investpic decision represents a frightening and legally-impermissible departure from the Alice/Mayo test as it de jure and de facto writes out the second step for an entire genre of information age inventions.  There is nothing in Bilski or Alice Corp. that justifies the Investpic holding.  In fact, the holdings of both Bilski and Alice Corp. are narrow.  Specifically, Bilski or Alice Corp. stand for the idea that one cannot patent a long-known business method by merely evoking a computer.  In contrast, new and never before seen business methods fall outside the scope of the Bilski and Alice Corp. holdings, and the Investpic claims represent a new business method even if the results cannot be physically touched.  “The concern underlying the exceptions to § 101 is not tangibility, but preemption.”  McRO, slip op. at p. 25 (citing Mayo).

In an attempt to distinguish Investpic from McRO, Judge Taranto stated the following:

“[T]he claims here are critically different from those we determined to be patent eligible in McRO, Inc. v. Bandai Namco Games America Inc.  The claims in McRO were directed to the creation of something physical – namely, the display of “lip synchronization and facial expressions” of animated characters on screens for viewing by human eyes.  The claimed improvement was to how the physical display operated (to produce better quality images), unlike (what is present here) a claimed improvement in a mathematical technique with no improved display mechanism. The claims in McRO thus were not abstract in the sense that is dispositive here. And those claims also avoided being “abstract” in another sense reflected repeatedly in our cases (based on a contrast not with “physical” but with “concrete”): they had the specificity required to transform a claim from one claiming only a result to one claiming a way of achieving it” (internal citations omitted).

As a second issue, the first definition that pops up for a Google-based search of “concrete” is: “existing in a material or physical form.”  If there’s a distinction between the concepts of “physical” and “concrete,” it is not made clear in the body of the Investpic decision.

As a third issue, there is nothing more “physical” about McRO’s set of resultant vectors used to create an image on a screen than Investpic’s market/investment analyses.  In fact, I posit that financial markets are real; Wall Street is real; 3D cartoons are not.  However, despite Judge Taranto’s belief in McRO’s physical nature, “[t]he concern underlying the exceptions to § 101 is not tangibility, but preemption.”  McRO, slip op. at p. 25.

It is not my intention to criticize the judges on the Alstom and Investpic panels.  However, one simply cannot seriously discuss the Alstom and Investpic cases without discussing the erroneous judicial theories championed by the judges involved in those cases.  I greatly respect the Federal Circuit’s decisions as a whole, and find the Federal Circuit’s decisions outside the realm of patent-eligibility always to be insightful and informative.  That said, one can cite conflicting and irreconcilable holdings from most judges on the Federal Circuit on the patent eligibility issue.  It is my position that much of the inconsistency – not just judge to judge, but by the same judges case to case – stems from seemingly contradicting holdings and nebulous dicta from various Supreme Court decisions that the Federal Circuit failed to correctly resolve.

However, the remainder of the § 101 problem is wholly owned by Federal Circuit.  Far too many decisions have issued that are not based on record evidence and/or the idea of preemption.  The precedent set by these cases will warp patent eligibility analyses for decades to come unless the Federal Circuit produces an en banc decision and walks back many of its erroneous decisions.  While there is the possibility that the Supreme Court may wake up and seriously consider one of the constant stream of relevant certiorari petitions sent to them, I’m not holding my breath.

I assert that there are at least four problems caused by the Federal Circuit that led to the ongoing judicial “carnage,” which will be addressed in a following article.  I also assert that nothing will get better until all four of these problems are corrected. Stay tuned.