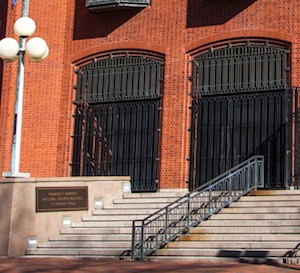 Endo sued Custopharm for infringement. The parties stipulated to infringement and, in a bench trial on invalidity, the district court found that the disputed claims were not obvious in view of the prior art. The district court’s reasoning was three-fold: 1) the prior art did not disclose the 750 mg TU composition and Custopharm did not show by clear and convincing evidence that a skilled artisan would be motivated to lower the dosage from the prior art level of 1000 mg to the claimed level of 750 mg; 2) the articles do not inherently disclose the claimed vehicle; and 3) it would not have been obvious to a skilled artisan to arrive at the claimed injection schedule. Custopharm appealed.

The Court affirmed the district court’s ruling. Regarding the TU dosage, Custopharm argued that the district court erred in finding no motivation to lower the dose of TU from 1000 mg to 750 mg. Custopharm asserted that patients were being overdosed, citing American Association of Clinical Endocrinologists (“AACE”) guidelines. The Court disagreed, finding that Custopharm ignored FDA guidelines, which contradicted the AACE guidelines. Custopharm failed to affirmatively demonstrate that a skilled artisan would have been motivated to lower the dose of TU in view of both guidelines. Custopharm’s overdose theory also improperly assumed that decreasing the dose was the only solution.

Custopharm argued that the district court erred in finding that the vehicle formulation was not inherently disclosed. At issue was whether the vehicle was “necessarily present” in the prior art. The Court agreed with the district court that it was not. First, the Court found that Custopharm failed to carry its burden in establishing that a skilled artisan could extrapolate vehicle formulation from pharmacokinetic performance data. Second, the Court found that the prior art reference disclosed several potential co-solvents, such that a skilled artisan would not necessarily have deduced that the authors were using the claimed co-solvent. Additionally, the Court found that while the references disclosed the delivery vehicle, there was nothing to suggest that the vehicle would work with a different active (TU) and in a long-lasting manner.

Custopharm finally argued that once a skilled artisan realized that patients injected with 1000 mg of TU were being overdosed, the specific injection schedule claimed would result in routine treatment and be obvious. Even though this argument relied on an overdose theory the Court did not credit, it rejected Custopharm’s position arguendo because the prior art did not clearly contemplate the claimed dosing regimen and Custopharm failed to establish a reasonable expectation of success.