For Design Patent Owners (and Alleged Infringers), The Third Time is Not a Charm

Apple’s “victory” shows that well-crafted design patents can offer broad protections against even slight infringements by competitors, and that a well-written design patent can provide tremendous benefits to the patent owners. 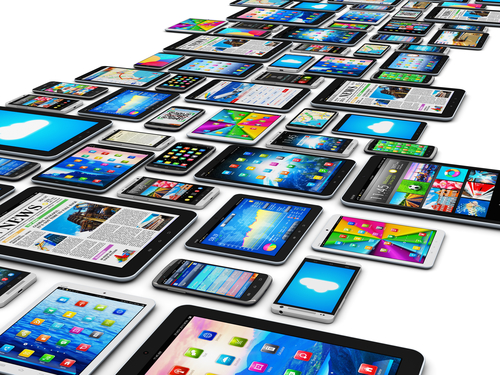 On May 24, 2018, we received the third (trial) installment in the seven-year legal battle between Apple and Samsung over the design of smart phones and related devices. At issue on this go-round was a retrial solely directed to the issue of damages – how much did Samsung owe Apple for infringing several design patents generally directed to various features of Apple’s iPhone and iPad devices? The issue of liability had been decided long ago by an earlier jury trial and affirmance from the Federal Circuit Court of Appeals. More particularly, the San Jose jury was this time asked to determine whether the drawings of the design patents at issue captured the entire “article of manufacture” ultimately sold by Samsung.

The hope for patent practitioners across the county was that the trial and its ultimate verdict would provide detailed guidance on how to counsel clients on both prosecution of design patents as well as providing reliable advice on dealing with allegations of design patent infringement. The jurors deliberated for more than three days on what constitutes an “article of manufacture” and how much Samsung’s infringement on Apple’s iPhone design is worth, but provided no significant insight into how they conducted their deliberations or what may have swayed them to award Apple half a billion dollars in damages. So, we continue to wait.

Apple first filed the patent infringement action in 2011 in the Northern District of California. That suit alleged (among other things) that Samsung’s smartphones infringe three of Apple’s design patents. Those patents covered various ornamental features of Apple’s smartphones, including their black rectangular front face having rounded corners, a raised rim associated with the same, and a grid of sixteen colorful icons on a black screen. The jury ultimately found those patents infringed and entered a $399 million final judgment for Apple. The Federal Circuit upheld the decision

However, upon taking up the case, the Supreme Court reversed the decision. It charged the Federal Circuit court (who then punted back to the district court) to determine the appropriate legal standard to define “article of manufacture.”

Why is article of manufacture what we are concerned about?

The newest dispute focused on whether the specific design features Samsung used in its smartphones were the driving force behind consumers’ purchases of the infringing phones.

On remand, the issue left for trial was damages. More particularly, the battle lines would be on what is an “article of manufacture” under the Patent Act. Without significant direction from the Supreme Court’s decision, Judge Lucy Koh of the Northern District of California rejected proposed tests for “article of manufacture” from both Apple and Samsung, instead adopting a four-factor test (recommended by the U.S. Government during the Supreme Court phase of this matter, emphasizing the jury’s role as the sole body able to properly define the “article of manufacture.” The test asks the jury to consider (1) the scope of the design patent, including the drawing and written description, (2) the relative prominence of the design within the product as a whole, (3) whether the design is conceptually distinct from the product as a whole, and (4) the physical relationship between the design and the rest of the product, including whether the component can be purchased separately and otherwise be physically separated from the device. This same four-factor test was used earlier this year in the matter of Columbia Sportswear N. Am., Inc. v. Seirus Innovative Accessories, Inc., then pending in the Southern District of California.

At trial, Samsung pointed to recently conducted consumer surveys about purchasing decisions to approximate the values of specific design components. Apple disputed the surveys’ relevance, claiming instead that these surveys ask participants about arbitrary smartphone features that did not correlate directly with Samsung’s profits. The jury seems to have aligned with Apple’s position, awarding $539M, $140M more than the previous jury award.

The ambiguity surrounding just how to determine what constitutes an “article of manufacture” when calculating damages will continue for the foreseeable future. The four-factor test provides little clarity on its own, and the submitted (and returned) jury verdict form provides no greater insight into how the jury actually used the test, if at all.

What we do know is that Apple was able to convince the jury that their three design patents for the iPhone’s screen and GUI were sufficiently synonymous with the iPhone as a whole, making Samsung liable for nearly all of its profits generated from sales of the offending devices. One juror mentioned after the trial that the jury believed the design of the icon layout of the iPhone’s GUI covered Samsung’s entire phones. This surprising decision, which runs contrary to the speculation leading up to the verdict, highlights just how fickle the new test may be, yet also indicates how powerful well written design patents can be in protecting valuable design features of larger products from infringement.

What This Means to You

Ultimately, the jury’s large damage award might not be the lasting storyline of this case. Apple’s “victory” here shows that well-crafted design patents can offer broad protections against even slight infringements by competitors, and that a well-written design patent and a well-argued case can provide tremendous benefits to the patent owners. Given the relatively inexpensive design patent process and what will only be continued speculation as to how these damages should be calculated, a design patent remains a great defense in the face of even limited infringement by market competitors.

Michael Annis is a Partner in Husch Blackwell LLP’s St. Louis office and belongs to the firm’s Technology, Manufacturing & Transportation industry group.. During his 20-plus years as an attorney providing intellectual [...see more]