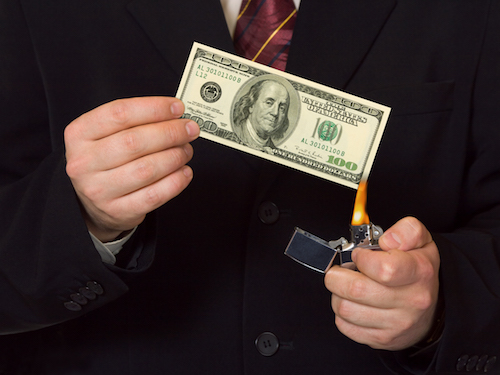 Fairchild argued it did not have a “fixed switching frequency for a first range of feedback signal values,” in Power’s ‘079 claims, because Fairchild’s product operated with a 5% to 15% variance in frequency. Expert testimony demonstrated that no real-world power supply controllers could operate with an absolutely fixed, or non-varying, frequency. Consequently, the Federal Circuit rejected this argument because it would render the claims inoperable. Fairchild alternatively argued “fixed switching frequency” to include a “non-varying number of switching cycles per second.” The Court dismissed this argument because a party cannot reserve a new claim-construction argument for the post-trial motion stage of litigation. Accordingly, the lower court did not err in finding infringement of the ‘079 patent.

Fairchild also disputed the lower court’s finding of infringement of Power’s ‘098 patent under the doctrine of equivalents. At issue was whether prosecution estoppel barred Power from using the terms “voltage” and “current” interchangeably when, in a related patent, Power explicitly distinguished “voltage” from “current.” Because the related patent (the ‘971 patent) specifically distinguished the two terms and the ‘098 patent merely described a “signal” related to the “current limit,” the Federal Circuit held that Fairchild failed to establish that Power Integrations clearly surrendered the subject matter, making prosecution estoppel inapplicable.

Here, Power Integrations’ controllers had other valuable features, which made the entire market rule an inappropriate damages model to employ. Accordingly, the Federal Circuit vacated the lower court’s damages award and remanded for a new trial on the basis of damages.

A claim construction argument must be made prior to the post-trial motion stage of litigation. Prosecution estoppel is applicable only when a patentee clearly surrenders the argued subject matter during prosecution. The entire market rule is inapplicable when patented features are not the sole driver of customer demand.