The sole question on appeal was whether it would have been obvious to make zolmitriptan into a nasal spray. The Federal Circuit agreed with the district court that the prior art taught away from formulating zolmitriptan for intranasal administration. 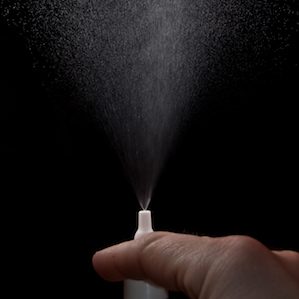 In July 2014, AstraZeneca and Impax filed suit against Lannett in the District of Delaware, alleging infringement of the ‘237 and ‘767 Patents. Following a four-day bench trial in September 2016, the parties stipulated that Lannett’s ANDA product, if approved by the FDA, would infringe the ?237 and ?767 Patents. In March 2017, the district court held that Lannett failed to prove by clear and convincing evidence that the asserted claims were anticipated or obvious. The asserted prior art taught away from intranasal administration of zolmitriptan, failed to teach that zolmitriptan by itself would have been effective and that a person with ordinary skill in the art would not have a reasonable expectation of success in making a nasal formulation of zolmitriptan. The district court found that the licensing agreement between Impax and AstraZeneca supported a showing of non-obviousness.

The sole question on appeal was whether it would have been obvious to make zolmitriptan into a nasal spray.

Lannett argued that a U.S. patent and corresponding French publication (together, “Chaveau”) expressly disclosed nasal formulations of zolmitriptan, which the district court erroneously discounted. The Court disagreed, finding that Chaveau is directed to formulations for buccal, nasal, or pharyngeal administration using capryl caproyl macrogol glycerides. Chaveau provides a laundry list of potential active ingredients, including zolmitriptan, which may be formulated using capryl caproyl macrogol glycerides but otherwise does not mention zolmitriptan and is otherwise not directed to intranasal formulations of zolmitriptan.

The Federal Circuit also agreed with the district court that the prior art taught away from formulating zolmitriptan for intranasal administration. The prior art taught that the active metabolite of zolmitriptan was more effective than zolmitriptan itself, meaning that a nasal spray with zolmitriptan by itself would not be effective. As a result, a person of ordinary skill in the art would not have had a reasonable expectation of success in making a nasal formulation consisting of zolmitriptan by itself, compared to zolmitriptan with an active metabolite. This conclusion was also supported by the testimony of AstraZeneca and Impax’s experts, whom the district court found to be more credible and persuasive than Lannett’s experts.

The Court also considered the evidence of secondary considerations, including the 2012 licensing agreement between AstraZeneca and Impax. The district court found that the agreement established a nexus between the patents and commercial success, and the Federal Circuit declined Lannett’s invitation to re-analyze the 2012 agreement and re-weigh the evidence on appeal. The other evidence of secondary considerations put forth by Lannett was inconclusive.

Taking all the evidence together, and although the case was a “close one,” the district court found that Lannett failed to prove by clear and convincing evidence that the ?237 and ?767 patents were invalid as obvious. Applying the deferential clearly erroneous standard, the Court affirmed the district court’s factual findings and the judgment of non-obviousness.