If Qualcomm’s allegations are true, Apple will apparently stop at nothing to avoid paying licensing fees for Qualcomm’s patented technologies. 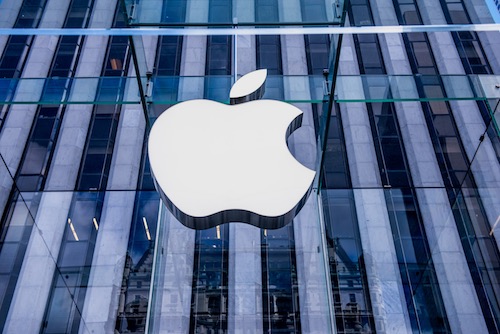 For more than a year and a half, Cupertino, CA-based consumer tech giant Apple and San Diego, CA-based semiconductor firm Qualcomm have been locked in a patent squabble which has played out internationally in various legal forums. Last January, both Apple and the Federal Trade Commission (FTC) filed lawsuits against Qualcomm for alleged violations of fair, reasonable and non-discriminatory (FRAND) obligations committed by the chipmaker in licensing its standard-essential patents (SEPs). Qualcomm followed this months later by filing a suit against Apple in U.S. district court alleging tortious interference and then filing a Section 337 complaint with the U.S. International Trade Commission (ITC); the ITC opened an official investigation based on that complaint last June. Last October, Qualcomm filed a patent infringement suit against Apple in China seeking to block sales of iPhones into perhaps the largest growth market for smartphones left in the world. 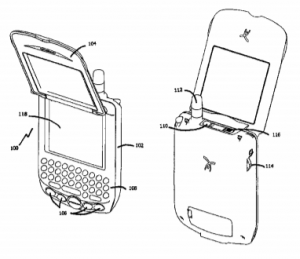 If Qualcomm’s allegations are true, Apple will apparently stop at nothing to avoid paying licensing fees for Qualcomm’s patented technologies. Qualcomm’s tortious interference suit against Apple alleges that the consumer tech titan misrepresented both Qualcomm’s business model and the performance of Qualcomm’s mobile chipsets in order to encourage foreign trade regulators to levy fines against Qualcomm totalling hundreds of millions of dollars. Most recently, Apple has decided to avail itself of an old friend, the Patent Trial and Appeal Board (PTAB), in the hopes of rendering Qualcomm patents invalid to continue practicing technologies for which it has no interest in paying licensing fees.

Of the 428 total petitions which Apple has filed with the PTAB to challenge the validity of issued U.S. patents, six of the company’s latest petitions target a total of four patents which are held by Qualcomm. These include the following patents: 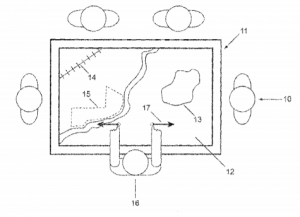 Both the ‘928 and ‘940 patents are being challenged by two separate petitions for inter partes review (IPR) filed by Apple, while the ‘239 and ‘002 are each targeted by a single IPR petition. Apple’s first IPR petition filed against the ‘928 patent challenges the patent on 35 U.S.C. § 103 grounds for obviousness in light of six pieces of prior art including U.S. Patent No. 6977687, titled Apparatus and Method for Controlling a Focus Position for a Digital Still Camera and issued to Samsung in December 2005, and U.S. Patent No. 7253836, titled Digital Camera, Storage Medium for Image Signal Processing, Carrier Wave and Electronic Camera and issued to Nikon in August 2007. The second IPR filed by Apple to challenge the ‘928 patent also challenges validity on Section 103 grounds in light of four pieces of prior art, including U.S. Patent No. 8497928, titled Techniques to Automatically Focus a Digital Camera and issued in July 2013 to Palm Inc., and U.S. Patent No. 7852381, titled Image Signal Processor with White Balance Calculation Based Upon Selected Prediction Area and issued in December 2010 to Hoya Corporation of Tokyo, Japan.

Both of the IPRs filed against the ‘940 patent challenge the validity of the patent on Section 103 grounds for obviousness. The first IPR petition filed by Apple against Qualcomm’s ‘940 patent argues obviousness in light of two Patent Cooperation Treaty (PCT) patent applications, one U.S. patent application, a Samsung Model SCH 3500 cell phone user guide and U.S. Patent No. 5642413, titled Telephone Call Alert with Selectable Alert Modes and issued to solo inventor Randall Little in June 1997. In the second IPR petition filed by Apple against the ‘940 patent, Apple is also challenging 35 U.S.C. § 102 grounds for anticipation along with Section 103 obviousness. Prior art raised by Apple in this second petition include one U.S. patent application and four U.S. patents including the ‘413 patent to Little, U.S. Patent No. 6453169, titled Portable Radiotelephone with Multiple Function Power Key and issued to Qualcomm in September 2002, and U.S. Patent No. 6426736, titled Portable Telephone with Liquid Crystal Display and issued to Japan’s NEC Corporation in July 2002.

Apple’s challenges to the ‘239 and ‘002 patents owned by Qualcomm are also challenging validity on Section 103 grounds for obviousness. Apple’s IPR petition challenging the ‘002 patent argues obviousness in light of a chapter on DRAM circuits from a 2001 textbook, U.S. Patent Application No. 20060098520, titled Apparatus and Method of Word Line Decoding for Deep Pipelined Memory and filed by joint assignees IBM and Toshiba in November 2004, and U.S. Patent No. 4951259, titled Semiconductor Memory Device with First and Second Word Line Drivers and issued to Hitachi in August 1990. The IPR petition filed by Apple to challenge Qualcomm’s ‘239 patent relies on four pieces of prior art including two chapters from a 1996 textbook on client/server systems, one U.S. patent application, U.S. Patent No. 5347295, titled Control of a Computer Through a Position-Sensed Stylus and issued to GO Corporation in September 1994, and U.S. Patent No. 6249606, titled Method and System for Gesture Category Recognition and Training Using a Feature Vector and issued to Mindmaker in June 2001.

The battle between Qualcomm, a major patent licensing firm, and Apple, a consumer tech giant that has sold its corporate soul to the efficient infringement cabal, is emblematic of the uphill battle that legitimate patent owners today face in trying to enforce their intellectual property rights. With this tech war already being waged at courts and trade regulators across the globe, it makes perfect sense for Apple to turn to an executive agency tribunal where it has already benefited from high rates of invalidation from administrative patent judges (APJs) including one APJ who used to represent Apple as a defendant in patent infringement proceedings.