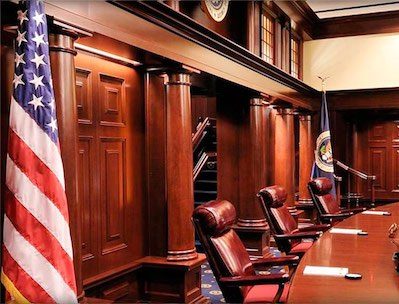 Sirona Dental Systems GmbH appealed the final written decision of the Patent Trial and Appeal Board (“Board”) holding claims 1-8 of U.S. Patent No. 6,319,006 were unpatentable as obvious over the combination of German Patent No. 195 10 294 (“Bannuscher”) and U.S. Patent No. 5,842,858 (“Truppe”), and denying Sirona’s contingent motion to amend the claims. Institut Straumann AG and Dental Wings Inc. (collectively, “Petitioners”) cross-appealed the Board’s decision holding patentable claims 9-10 of the ‘006 patent. The Federal Circuit, in an opinion authored by Judge Moore and joined by Chief Judge Prost and Judge Stoll, affirmed-in-part, vacated-in-part, and remanded-in-part. Sirona Dental Sys. GMBH v. Institut Straumann AG, Nos. 2017-1341, 2017-1403, 2018 (Fed. Cir. June 19, 2018).

Sirona owns the ‘006 patent relating to methods for producing a drill template for placement of a pilot hole for a tooth implant, where the pilot hole is aligned relative to teeth that remain in the jaw. Following an inter partes review of all claims in the patent, Sirona appealed the Board’s holding that claims 1–8 of Sirona’s patent are unpatentable as obvious in view of the prior art and its denial of Sirona’s contingent motion to amend the claims. Petitioners cross-appealed the Board’s decision holding that claims 9 and 10 are patentable.

On appeal, Sirona did not challenge the Board’s legal analysis or its claim construction of “carrying out a three-dimensional optical measuring of the visible surfaces of the jaw and of the teeth and compiling a corresponding measured data record,” as recited by claim 1, the sole independent claim. Instead, Sirona argued that the Board erred in finding that Bannuscher and Truppe disclose this feature. According to Sirona, Bannuscher never indicates that data reflecting the topography of plaster models cast from impressions taken of the “patient’s oral situation” is input into a computer.

The Federal Circuit disagreed, finding that substantial evidence supports the Board’s finding that such data is input because Bannuscher discloses digitally inputting into a computer a 3-D model geometry of the mouth and jaw region and an X-ray image thereof. The Federal Circuit found that the 3-D geometry refers to the plaster model, which represents the visible surfaces of the jaw and teeth such that Bannuscher indeed discloses this feature. The Federal Circuit also found that the teachings of Truppe satisfied the Board’s construction of “carrying out a three-dimensional optical measuring” and because Sirona did not challenge the Board’s construction of that term.

The Federal Circuit found that substantial evidence supports the Board’s conclusion that a person of ordinary skill in the art would have been motivated to combine the references. This finding was based on testimony of Petitioners’ expert, advantages disclosed in Truppe, and the Board’s finding that Truppe and Bannuscher disclose a similar process of correlating 3-D, X-ray and visible imaging data of the jaw and teeth.

Regarding Sirona’s contingent motion to amend, the Board’s final written opinion, which issued prior to the Court’s en banc Aqua Products decision, improperly placed the burden to prove patentability of the proposed substitute claims on Sirona. Accordingly, the Federal Circuit vacated the Board’s denial of the motion and remanded for reconsideration in light of Aqua Products.

Lastly, Judge Moore turned to Petitioner’s cross-appeal, which argued that the Board should have applied its analysis of Sirona’s contingent motion to amend to claims 9 and 10. The Federal Circuit disagreed, finding that “Petitioners are, in essence, attempting to add references to the ground of unpatentability put forth in their petition.” Seeing no error in the Board’s decision not to decide grounds of unpatentability not raised in the petition, the Federal Circuit affirmed the Board’s determination regarding claim 9 and 10.