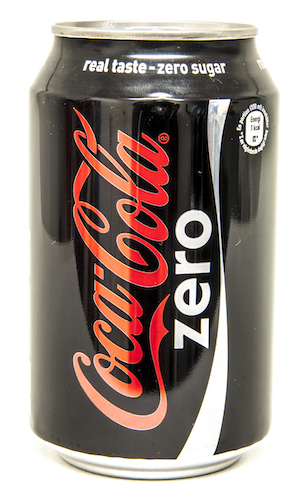 The USPTO approved The Coca-Cola Company’s combination marks including the term ZERO, to be used on a variety of beverages, without requiring a disclaimer of the term ZERO. The Royal Crown Company, Inc. and Dr. Pepper/Seven Up, Inc. filed oppositions to the “ZERO” marks. The Trademark Trial and Appeal Board dismissed the oppositions, holding that ZERO was not generic for the relevant goods and had acquired distinctiveness. Royal Crown appealed. The Federal Circuit vacated and remanded for further proceedings.

The Board erred by examining whether the ZERO portion of the marks was a generic name for the broad types of beverages Coca-Cola proposed to mark – soft and sports drinks. The Board failed to consider whether the relevant consuming public would consider ZERO to be generic for a key aspect or subcategory of these type of drinks – e.g. those with little or no calories. If the public understands ZERO, when used in combination with a drink name, to generically refer to a type of drink that has a specific characteristic, the term is generic. On remand, the Board must examine whether ZERO in this context generically refers to a key aspect of the beverages, like low calories or low carbohydrates.

The Board further erred by failing to determine whether, if not generic, the marks were at least highly descriptive, as this impacts the burden a registrant must bear to establish acquired distinctiveness. Higher levels of descriptiveness require a more substantial showing of acquired distinctiveness. The Board failed to make any findings regarding the degree of descriptiveness conveyed by the term ZERO in the Coca-Cola marks. If the Board reaches this question on remand, it must make an express finding regarding the degree of the mark’s descriptiveness on a scale ranging from generic to merely descriptive and explain how its assessment of the record reflects the finding.

The Board further did not properly assess the evidence in its analysis regarding generic meaning or acquired distinctiveness. First, it did not define the evidentiary burden it imposed on Coca-Cola in its acquired distinctiveness analysis. Second, Royal Crown was not required to provide direct evidence of consumer perception to support its generic challenge to the marks. The evidence it presented was sufficient, including evidence of competitive use, evidence that other companies used ZERO in combination with their own soft drink marks, third-party registrations and applications for such combined marks and evidence of third party and Coca-Cola uses of ZERO on various packaging and marketing materials. Third, the Board erred to the extent it relied on Coca-Cola’s sales and advertising figures as part of the generic inquiry. That type of evidence is probative of acquired distinctiveness of non-generic terms but is irrelevant for a generic term, which cannot be rescued by proof of secondary meaning. Finally, the Board’s reliance on a five-year-old survey was problematic.

A term can be generic if the relevant public understands the term to refer to a key aspect of a subset of the relevant goods or services. Thus, a generic term may apply to a subgenus and need not apply to the entire genus as a whole. Direct evidence of consumer perception is not necessary to establish whether a mark is generic; appropriate circumstantial evidence is sufficient. Evidence that a term has acquired distinctiveness must account for how descriptive the term is; a highly descriptive term has a higher threshold of proof.