Blockchain Patenting Strategies in view of the Berkheimer Decision 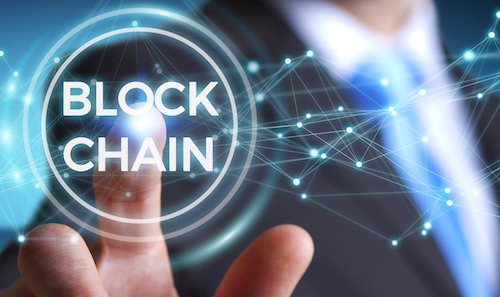 The Federal Circuit in Berkheimer v. HP, Inc. caused the Alice pendulum to swing dramatically in a new direction, or back to where it originally was.  This article is not directly about the Berkheimer decision, which addressed step 2B of an Alice analysis, as others have addressed the changes in the law.   We will summarize the Berkheimer decision and then apply its principles to business-related patents, and particularly blockchain technologies, and how Berkheimer might impact application of step 2A in an Alice analysis.

Typically, the Examiner under step 2A will generically define what the claim is “directed to” and leave the more narrow features of the claims to be considered under step 2B as “additional elements”.  However, often, the “additional elements” never specifically get identified or even mentioned in detail in the rejection.  Office Actions often, in our experience, gloss over the detailed specific limitations of the claim even under step 2B. This has the result of enabling the Patent Office to reject claims without a robust analysis.  We see the result of this in a major increase in rejections under Section 101 in art units like Technology Center 3600 (Business Methods).

In practice, we believe that it will be difficult to implement the new guidelines for Examiners when narrow claim features are mentioned as “additional elements”.  Rarely will a patent attorney identify the detailed specific limitations of a claim and declare that they represent routine and conventional concepts in the relative industry. It will also be rare to find a court decision that specifically talks about similar or exact “additional elements” in the court case claims as in the claims currently being examined as being well-understood, routine and conventional.  We can see Examiners trying to take Official Notice, but that can also be challenged according to Patent Office procedures to force the Examiner to cite actual evidence, and if the actual limitations of the respective claim are identified, the subject matter will likely be too narrow and specific to be appropriate for the taking of Official Notice.  We would expect that practitioners will push the Patent Office to support conclusions that the additional element(s) are well-understood, routine and conventional by finding publications that demonstrate the same.  We also expect protections to urge the Examiners to include specific narrow claim features when describing what the “additional elements” are, otherwise the analysis will be meaningless.

The factual inquiry outlined in Berkheimer for step 2B is similar in nature to the inquiry of whether a claim is directed to an economic abstract idea under step 2A in Alice.  Simply citing a prior art reference or a document does not establish that an economic practice is “fundamental” or has been “long prevalent in our system of commerce.”  Like Berkheimer, whether a claim is directed to an abstract idea is a fact question.

In both cases, the “conventional” analysis under Step 2B and “economic practice” analysis under Step 2A, the concepts covered in the claims must be broadly applicable in actual practice to qualify for rejection.  In other words, the analysis differs from a prior art analysis.  Under a Section 102/103 prior art analysis, even if a patent or document discloses the concept, the Examiner can reject the claim as being obvious or anticipated by the reference.  However, just because a concept is disclosed in a document does not mean that the concept was ever sold or actually used in commerce or routinely applied.  Further, the concept (in both the “economic practice” step 2A analysis and the “conventional” step 2B analysis) can’t simply have been used in commerce or in public.  The terms used in both of these different analyses require expansive use or activity of that particular concept such that it becomes “routine”, “conventional” or ”long prevalent” and “fundamental”.  Selling ten widgets online or one small company implementing the concept should not qualify under either analysis.

Unfortunately, in the examination guidance given following the Alice decision, the requirements of citing a publication or support for the assertion that a claim at issue is directed to a fundamental economic practice long prevalent in our system of commerce was removed or downplayed.  The Supreme Court in Alice cited three documents, including a paper from 1896, to support its conclusion that the intermediate settlement concept was fundamental and long prevalent in our system of commerce.  The July 2015 Update: Subject Matter Eligibility, page 3, the Patent Office stated that “when identifying abstract ideas, the Examiner should keep in mind that judicial exceptions need not be old or long-prevalent, and that even newly discovered judicial exceptions are still exceptions, despite their novelty.”  This characterization instructs Examiners that judicial exceptions need not be long prevalent.  Section A of the Update broadens the scope of concepts that can be found to be abstract ideas:  “The phrase ‘fundamental economic practices’ is used to describe concepts relating to the economy and commerce, such as agreements between people in the form of contracts, legal obligations, and business relations.  The term ‘fundamental’ it is used in the sense of being foundational or basic, and not in the sense of necessarily being ‘old’ or ‘well-known’”.

Examiners then determine whether a claim is directed to an abstract idea, particularly in Technology Center 3600, only considering whether a claim is a foundational or basic concept.  There is no evidentiary requirement that that concept has been long prevalent in our system of commerce.

We believe that the principles of Berkheimer therefore should be applied to the analysis related to fundamental economic practices under Alice and Bilski.  We believe that the pendulum is slow in swinging back into a more robust analysis.  We applaud director Andrei Iancu for his attention to this important matter and for making appropriate corrections.  We note, importantly, that the corrections that have been made, and that can still be made as outlined above, merely align the Patent Office procedures to existing case law and will make the procedures more robust and probing.  Our experience over the past several years has been that all too often what should be a low hurdle to overcome to determine whether a particular claim is patent eligible under Section 101 has turned into a high insurmountable hurdle.  By requiring a more substantive rejection, and by applying a more robust analysis under step 2A, we believe that the Berkheimer decision brings the law more in alignment with the analysis within the Alice decision by requiring evidentiary support for a conclusion that the claims are directed to an abstract idea that represents a fundamental economic practice long prevalent in our system of commerce.

In sum, applying the Berkheimer step 2B analysis in a consistent manner with the Alice step 2A analysis would result in the following with respect to economic based inventions: the Examiner be would be required to provide supporting evidence regarding a factual conclusion that the claims are, under Step 2A, directed to a fundamental economic practice long prevalent in our system of commerce[1].  Where no such evidence could be found, or where the evidence only represents, for example, disclosure of the concept in a prior art patent, such evidence would not be sufficient to establish the long prevalent nature of the concept as being practiced in our system of commerce, or the routine and conventional nature of the concept.  In theory, the evidence should be even harder to gather than could be used in the section 102/103 rejection.  Absent such evidence, the Examiner should not be able to maintain eligibility rejection under Alice that lacks any support.

[1] The Examiner, under step 2B and according to Berkheimer, must only conclude that the additional elements within the claims represent well-known routine and conventional concepts with supporting evidence.

Thomas Isaacson is a shareholder and vice chair of the Electrical Engineering and Computer Science Patent Prosecution Practice at Polsinelli. His practice focuses on patent and trademark prosecution and litigation, serving a [...see more]