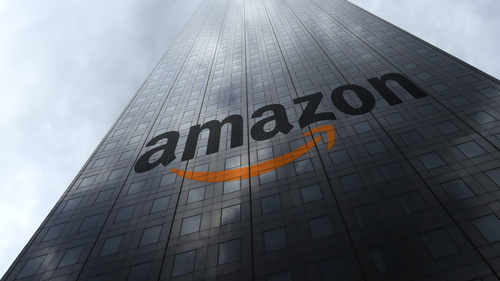 Amazon.com has grown from its humble beginnings when it was established by Jeff Bezos in 1994 as an online bookseller to become perhaps the greatest monolith in global retail today. It isn’t the largest retailer in terms of revenue; the company was ranked 7th on the National Retailers Foundation list of top retailers for 2017 behind Walmart, Kroger, Costco and others. However, bold business moves completed by Bezos in the past year, including Amazon’s $13 billion acquisition of Whole Foods, has closed the gap between Wal-Mart and Amazon on the Forbes Global 2000 list where those companies are respectively the first- and second-ranked retailers in the world.

The business success for Amazon has sent the personal financial fortune of Bezos into a stratosphere which the world has never before seen. The world’s only centi-billionaire, Bezos’ net worth increased by $3.3 billion in early June up to a total of $138.8 billion simply because the price of Amazon stock increased by 2 percent over a one-week period.

There’s no reason to denigrate or disparage the success of someone simply because that individual happens to be incredibly affluent. But when that personal gain is ill-gotten, it deserves to be criticized in the harshest terms. As recently came to light thanks to the work of a counterfeit watchdog organization, Bezos is knowingly complicit in the sale of counterfeit goods which Amazon refuses to take down even when it is clear that the product is a counterfeit. Bezos shields himself from legal recourse in this situation by resorting to legal machinations which might follow the letter of the law but certainly not its spirit.

It’s not just counterfeits of gadgets or luxury fashion items available for sale on Amazon, lining the already deep pockets of Bezos. As we’ve noted in other reports, there are plenty of counterfeit items that mimic badges and official documents from law enforcement agencies like the Federal Bureau of Investigations and the Secret Service. But a recent letter sent by the Federal Communications Commission in late May of this year indicates that Amazon is also allowing the sale of set-top boxes which falsely use FCC logos in the branding, indicating that the device is permitted by FCC regulation when in fact it is not. FCC Commissioner Michael O’Rielly wrote a letter dated May 25th and sent to Bezos and eBay CEO Devin Wenig which made specific reference to nine set-top box distributors enabling unlawful streaming of copyrighted material, seven of which made use of the FCC logo on their products, which distribute their products through Amazon’s and eBay’s e-commerce platforms. Although Commissioner O’Rielly recognized the proactive steps these major online retailers have taken to remove products which facilitate piracy, he asked for further cooperation from both companies in light of the fact that products falsely marked with the FCC logo continue to be made available.

“Many of these devices contain harmful malware that will most certainly be passed on to the consumer. Moreover, the consumer may unwittingly believe that the device is lawful since they were able to purchase [it] from a legitimate company.”

The pervasive counterfeit problem has been hurting the legitimacy of Amazon’s retail operation, at least for some. This April, The Atlantic published an article which discussed multiple instances of both brand owners and consumers claiming that Amazon enabled the sale of counterfeit and patent-infringing products, with one seller of legitimate goods claiming that the problem has been getting worse in recent months. In late May, Engadget published a piece criticizing Amazon’s use of the Fulfilled by Amazon service, where Amazon facilitates the transaction while shifting the legal burden of selling legitimate products onto third-party sellers who often skirt the rules, as a legal loophole that Amazon uses to keep itself from being legally accountable for counterfeits.

The increasing availability of counterfeits on e-commerce platforms including Amazon has also been noted in a report from the U.S. Government Accountability Office (GAO) released this January. In the report, the GAO noted that the agency purchased 47 items from third-party sellers on popular online retail platforms and that 20 of those items were counterfeit. In particular, all 13 items utilizing the brand name of cosmetics company Urban Decay were counterfeits. The GAO study didn’t focus solely on Amazon as agency purchases were also made through e-commerce sites operated by Walmart, Sears, Newegg and eBay, but the agency did draw a connection between a rise in e-commerce and a rise in the sale of counterfeit products.

Although Amazon is not the only e-commerce site enabling the sale of counterfeits, business operations unique to Amazon suggest that the company is more than willing to flout intellectual property protections for its own financial gain. In late May, TechCrunch noted that Amazon has sponsored advertisements on its own platform to direct customers to its Fire TV Stick and Fire TV devices when searching the term “kodi box.” Kodi is a home theater software application which can be installed on devices like the Fire TV Stick and, while legitimate content streaming services are available through Kodi, the application has become synonymous with the current wave of content piracy. That Amazon would sponsor a close connection to such piracy is great cause to question the motives of the company and its CEO.

If Amazon were marketing its own electronic devices to those who would use those devices to pirate copyrighted material, that would be bad enough. But consider recent news reports on how Amazon devices also contribute to data privacy concerns. An article published in late May by The Washington Post reported on a situation where Amazon Echo devices with Alexa virtual assistant software recorded a family’s conversation and then sent that conversation to a random person on the device’s contact list.

Such reports about the potential of data privacy issues arising from the use of Amazon devices prompted a letter dated June 11th from the Senate Judiciary Committee, signed by committee members Sen. Jeff Flake (R-AZ) and Sen. Chris Coons (D-DE), to Amazon on data privacy risks posed by the Echo; the letter specifically references the situation reported by The Washington Post. In the letter, Sens. Flake and Coons, respectively the Chairman and Ranking Member of the Subcommittee on Privacy, Technology and the Law, asked Amazon to provide answers to questions such as the number of complaints received by Amazon regarding improper command interpretations made by Echo devices; whether voice data is sent to Amazon-controlled servers; if Echo devices are always actively listening for wake words such as the voice command “Alexa”; if Echo devices are designed to record background conversations while listening for voice commands; as well as a description of any and all purposes that Amazon has for using and storing consumer voice data. Those Senators might also be interested in the list of technologies that Amazon has developed to track the geographical locations and life milestones of its customers.

Jeff Bezos is the world’s richest man because he has allowed his e-commerce behemoth to play fast and loose with the rules. From counterfeits to content piracy to data privacy risks, it’s clear that Amazon poses itself as a legitimate retail company while being complicit with enabling nefarious elements on its platform and devices. It seems like the type of situation that could merit a probe by Capitol Hill committees in the months to come.