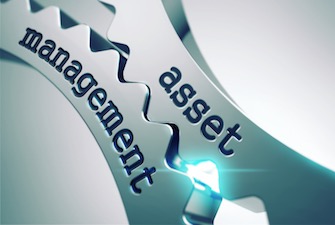 Patent strengthening is the term we use to refer to the process of achieving the greatest potential for value from a patent during the prosecution – before a patent is even granted.

Events along the prosecution process create multiple windows of opportunity for strengthening a portfolio. Decisions are based on indications of market adoption using evidence from specialized technical analysis. and subject matter experts who examine products in the market that potentially use your teaching and proposed claims.

There are four key factors to consider during the prosecution process that can identify strengthening opportunities:

Adoption of the innovation in the marketplace

Prosecution teams typically pursue numerous inventions at once, which is beneficial as it generally ensures the growth of a portfolio. Filtering out inventions that are unlikely to prove valuable is highly desirable at this stage – portfolio managers can save a great deal of time and money by focusing on those applications that are more likely to have sufficient future licensing potential and returns.

In this instance, strengthening provides a filter function – enabling you to zero-in on claims that are more worthwhile based on your business goals. While there isn’t an immediate financial reward, it does mean you have identified a real asset that can be tracked and prioritized.

Further, you may wish to focus on adoption by a company of interest that you are watching. In this way, applications that may be applicable to the products of the company of interest can be prioritized by the prosecution team, including evidence of use, so that once they are granted they are immediately ready to add to a potential negotiation.

A claim focuses on a single innovation, yet there may actually be several innovations described in a single application. At the time of filing, your focus is on the primary invention, but throughout the prosecution it may become clear that an alternate – and potentially more valuable –  innovation is also encapsulated in the teaching.

If other innovations are identified, they can be pursued. The primary claim can still be pursued, or it can be de-prioritized or abandoned. In this case, strengthening is the process of uncovering additional innovations in a claim and prioritizing which innovation(s) to pursue, based on evidence found in products introduced to market after your priority date.

Another ongoing opportunity to identify additional innovations is in the three-month window between allowance of a claim and its subsequent granting as a patent. Companies will have an ongoing list of teachings to review to ensure that other valuable innovations in the teachings that may be getting adopted in the market are pursued for further claims.  Through ongoing surveillance of this list, you can ensure your innovations are well harvested, and that claims are made for those that are aligned with market adoption.

Tuning applications to a company of interest

In addition to reviewing the patents you hold, exploring and identifying which of the applications you have in progress that are potentially used by the company of interest can bolster your negotiating position.

Finding applications of interest against a specific company allows your prosecution team to prioritize and tune your claims to better target the available evidence for that company.  Quite often this activity harnesses continuations, which are very often launched for your more valuable applications, and also the prosecution of continuations occurs several more years after your priority date, making it more likely that products using the innovations have entered the market.

Prosecution teams like to get the best possible claims for their applications. But consider a claim with the following types of concerns:

The risk of pursuing a claim with the type of concerns noted above is that you will spend too much time, effort, and money investing in patents that may have a low return. The way to mitigate this risk is to routinely examine claims to ensure they are not associated with these types of concerns. This provides you the opportunity to make your portfolio stronger by focusing on applications that may have a higher return-on-investment.

Consider, too, the office action process. The Examiner will read the claim and send a response – an office action – requiring the claim to be modified. It’s an iterative process and most claims take two cycles to refine before they’re granted. After the second action there’s greater urgency to get it right, or you risk getting a final rejection from the Examiner.  It may be beneficial to pursue surveillance of market adoption and claim concerns during your office action cycles.

By optimizing each application you pursue, you ensure that resulting patents carry the greatest potential to achieve the greatest value. And by creating a collection of valuable patents, you increase the overall value and strength of your portfolio.

is Director, IP Products at TechInsights where he is responsible for ensuring customers find and receive the highest value products and services from the firm’s intellectual property business units. TechInsights [...see more]