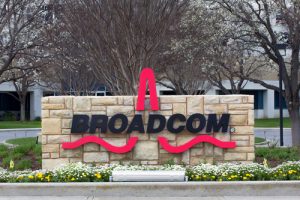 On Thursday, June 7th, the U.S. International Trade Commission (ITC) announced that it was instituting a Section 337 patent infringement investigation of automobile infotainment systems being imported into the U.S. based on infringement claims asserted by major semiconductor maker Broadcom. Broadcom is alleging that a group of Japanese automakers and tech companies are infringing infotainment chip patents, including Toyota, Panasonic and Denso Ten, relating to the sale of rear seat entertainment units for displaying information or entertainment, as well as cameras and other processing components used in those units and the automobiles containing such units.

In the original complaint filed by Broadcom with the ITC back on May 7th, the chipmaker is asserting a series of six patents, including: 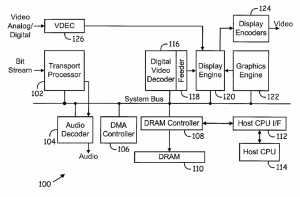 Broadcom’s Section 337 complaint notes that the six asserted patents cover three different fields of technology. The ‘187 and ‘104 patents cover valuable technologies in the field of Global Navigation Satellite System (GNSS) geopositioning systems. The ‘844 and ‘027 patents cover video and graphics processing technologies, and the ‘844 and ‘583 patents cover power and memory management tech. Broadcom alleges that these patents have been infringed upon by the sale of infotainment systems which have been incorporated into automobiles and include infotainment application processors, Global Positioning System (GPS) receivers and allow users to perform tasks like navigation, communications and video playing.

Among the products which Broadcom accuses of infringing upon its patents are Toyota’s Prius automobiles as well as navigation systems and receivers incorporated into certain of Toyota’s Camry, Sienna, Highlander and Corolla vehicles. Allegedly infringing products which have been produced by either Panasonic or Denso Ten include head units incorporated into Toyota navigation units.

Along with Toyota, Panasonic and Denso Ten, Broadcom also lists Japanese electronics makers Renesas and JRC as respondents in the Section 337 patent infringement action. Broadcom alleges that mobile application processors produced by Renesas and GPS receivers produced by JRC, both of which are incorporated into Denso Ten head units, infringe upon Broadcom’s asserted patents.

On May 21st, respondent Renesas filed an answer to Broadcom’s ITC complaint. The answer makes notice of Renesas’ contributions to the U.S. economy from domestic operations within the country, including the employment of 1,000 people in the U.S. and investing hundreds of millions of dollars into research and development during 2017; Renesas also notes its acquisition of U.S. semiconductor company of Intersil which it purchased in February 2017. Renesas argues that Broadcom should not be granted an exclusion order because the accused automotive system and products cannot be replaced simply by sourcing from another supplier, it would threaten the jobs of workers employed in the U.S. domestic production of Toyota vehicles and it would result in significant harm to public safety because the accused products enable critical advanced safety features such as advanced emergency braking, collision avoidance and lane assist technologies.

Prior to the ITC’s decision to institute the Section 337 investigation, it also received responses from both the Alliance of Automobile Manufacturers and Global Automakers as well as U.S. chip supplier Texas Instruments. The Global Automakers Alliance argues that Broadcom has failed to show that consumers are willing to divert their purchase of potentially-barred Toyota vehicles to other automakers given that automobiles are expensive purchases which are carefully considered and often involve decisions based on brand loyalty. Further, the Alliance argues that the exclusion of an entire vehicle based on computer chip-level components runs counter to precedence set by both the ITC and the Court of Appeals for the Federal Circuit. In Texas Instruments’ filing, it notes that Broadcom identified one of its infotainment application processors in its description of a potentially infringing navigation system kit. TI argues against Broadcom receiving an exclusion order from the ITC as it would exclude more than half of the U.S. hybrid car market. TI, like the Alliance, also argued that Broadcom failed to disclose the potential public safety concerns that would arise from the exclusion of chip components vital to automotive safety features.