Alternative Routes to Protection of Innovation

Innovative algorithms and even diagnostic methods may be easier and more effectively protected by trade secret.  Trade secret protection avoids the uncertainty of compliance with the vague patentability standard set forth by the Supreme Court. 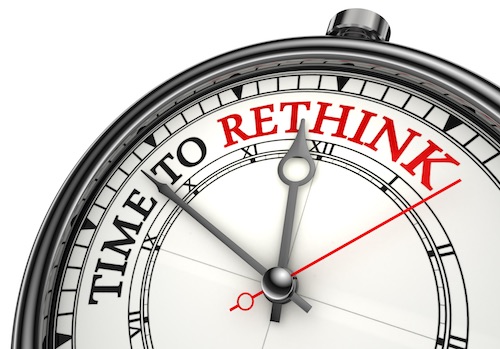 Every year different groups provide rankings of patent prosecution law firms and a company’s patent count for the year.  Patent law firms will tout their rankings based upon the number of filings at the U.S. Patent and Trademark Office (USPTO) or the number of allowances they obtained for clients over the previous year.  And companies will boast about their patent prowess based upon the size of their portfolios.

But things are changing.

But this mindset is too simplistic for today’s dynamic industries and has real downsides:  it has encouraged the assertion of many improvidently granted patents against unsophisticated startups and clogged the system with patents of dubious value.

During the past few years the patent community has been consumed with trying to fix parts of the system that permitted abuse and has met with some success.  But many fixes, like those needed on patent subject matter eligibility, have proven elusive.  There have also been complaints that the USPTO should do a better gate-keeping job and deny the bad applications – and I will acknowledge that the office needs to continuously improve their quality safeguards.  But the USPTO can’t do it alone, the applicant community has responsibilities as well.

The above noted problems and the new availability of other mechanisms for protecting some intellectual property, like the new federal trade secret law, have led to a more nuanced view of the patent system and how to develop a portfolio of intellectual property that provides more benefits.  The changes have also crystallized new thinking about patent portfolios and how to use them.

Sophisticated companies are already filing fewer and better applications.  While flat-fee arrangements are still the norm, the level of those fees has been increasing.  Large filers are becoming less focused on their filing numbers.  They look to rationalize filings with company products and profitable lines.  Many are also developing systems to evaluate the nexus between those goals and the filing of each application.  Ranking the importance of filing a new application in a particular area has taken on new importance.  Does the application cover a marketable product?  Is it in a core area?  Is it central to the goals of the company?  Is it incremental?

And new metrics are being employed to evaluate the drafting of the application and its prosecution.  It is now rare that a savvy in-house IP counsel will just count numbers.  Amendments to get an easy allowance on a “picture claim”, one that is so detailed that it is unlikely to ever be infringed, are frowned upon as they don’t cover anything of value.

But the limitations by the courts on patent subject matter eligibility related to computer-implemented processes, diagnostic methods and personalized medicine have focused some pioneering companies to re-think their patent agenda.

Patents in some subject matter areas make good sense, but it’s about a lot more than having a high number of patents or a top spot on the lists.  A quality patent will allow a prospective infringer to evaluate a clear and well-bounded claim and decide whether to take a license or invent around it.  But it also makes good sense to consider other forms of protection in some of the emerging technologies that have been hampered by the devolution of patent law recently.

Inventiveness will not be deterred.  Even when some avenues seem blocked!