The moving target rejections were largely due to the fact that the examiner’s first clear explanation that she was relying on structural identity, and not inherency, appeared in the examiner’s answer. 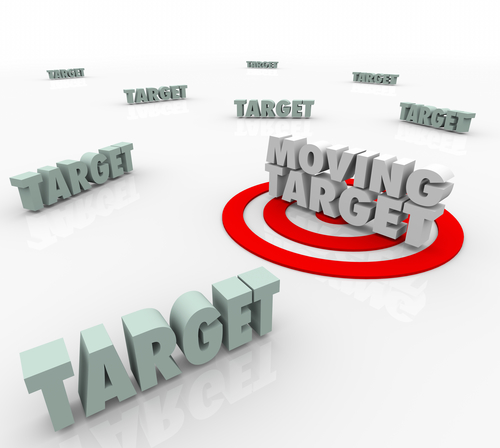 Timothy D. Durance, Jun Fu, and Parastoo Yaghmaee appealed from a decision by the Patent Trial and Appeal Board (Board) affirming the examiner’s rejection of their patent application claims as being obvious. The claims in question related to a microwave vacuum-drying apparatus and method. Because the The Federal Circuit, in a decision authored by Judge Reyna, found that the Board failed to consider arguments in applicants’ reply brief that were properly made in response to the examiner’s answer. As a result, the Federal Circuit vacated the Board’s determination of obviousness and remanded for the Board to consider applicants’ reply-brief arguments in the first instance. See In re Durance, No. 2017-1486, 2018 (Fed. Cir. June 1, 2018) (Before Lourie, Reyna, and Chen, J.) (Opinion for the court, Reyna, J.).

The Durance Application is directed to “microwave vacuum-drying of organic materials” and relied heavily on means-plus-function claim language. The Examiner found that all elements of a representative claim were anticipated by the primary reference, except for the “tumbling means” (“means for rotating the container inside the vacuum chamber so as to tumble the organic material in the container”).

The PTO found that the tumbling means was disclosed by a secondary reference, but was unclear about which embodiment was being used. Different figures were cited during examination, on review by the Board, and on appeal before the Court. Further, the “Patent Office’s discussion of inherency also resulted in moving target rejections” because, while the Examiner and the Board appeared to rely on inherent disclosure of the tumbling means by the secondary reference, the Board denied reliance on inherency when responding on rehearing.

The Federal Circuit explained concern regarding the shifting articulations by the PTO through the examination, which ultimately lead the Board to not consider arguments made by the Applicant in the reply brief. Judge Reyna wrote:

Under these circumstances of multiple shifting articulations, this Court is not confident in the Patent Office’s reasoning for its rejection of the Application, specifically as to which embodiment of Burger the Board relied on, and whether the Board relied on inherency as a basis for the tumbling function.

The examiner and Board’s shifting reliance on Burger and on inherency obfuscated the issues before Durance, particularly regarding the issue of structural identity. As error, Durance points to the Board’s failure to consider arguments in Durance’s reply brief made in response to the examiner’s answer.

The moving target rejections were largely due to the fact that the examiner’s first clear explanation that she was relying on structural identity, and not inherency, appeared in the examiner’s answer.  Judge Reyna explained:

[T]he equivocal nature of the examiner’s and Board’s remarks throughout the examination of the ‘989 application, including whether inherency was the basis for the rejection, clouded the issues before Durance. Accordingly, Durance had no notice, prior to the examiner’s answer, of this ground on which his application was being rejected.

The Court ultimately agreed with the Applicant that the Board should have considered its arguments that, inter alia, the tumbling means was directed to a specific structure, unique from that of the secondary reference. The Court rejected the Board’s contention that the Applicant waived those arguments because the Applicant is entitled to respond to “an argument raised in the examiner’s answer.” 37 C.F.R. § 41.41.

Before the Board, Applicants have a right to respond to new arguments raised by the examiner’s answer under 37 C.F.R. § 41.41.