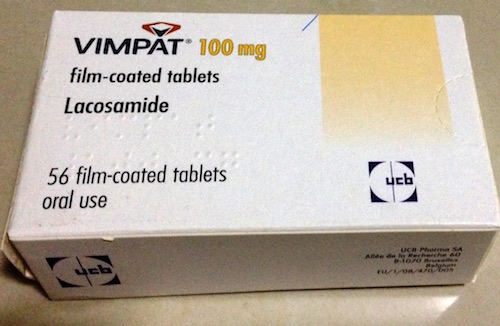 On May 23, 2018, the Federal Circuit issued a decision in UCB, Inc. v. Accord Healthcare, Inc. (Before Prost, C.J., Bryson, and Stoll, J.)(Opinion for the court, Stoll, J.), a case arising under the Hatch-Waxman Act. The Appellees UCB, Inc. et al own and/or license U.S. Patent No. RE38,551., titled Anticonvulsant enantiomeric amino acid derivatives. The ‘551 patent covers lacosamide, an anti-epileptic drug for the treatment of epilepsy and other central nervous system disorders. UCB holds New Drug Applications (“NDAs”) that cover its lacosamide anti-epileptic drug approved by the Food and Drug Administration (“FDA”) and marketed under the tradename Vimpat®. The ‘551 patent is listed in the FDA’s Approved Drug Products With Therapeutic Equivalence Evaluations (“Orange Book”) as covering Vimpat®.

Appellants were generic drug manufacturers who filed Abbreviated New Drug Applications (“ANDAs”), seeking approval for generic versions of Vimpat®. Pursuant to applicable Hatch-Waxman provisions, Appellants certified in their ANDAs that the ‘551 patent was invalid, unenforceable, or that their proposed generic lacosamide products would not infringe the ‘551 patent.

Consequently, as is their right under Hatch-Waxman, UCB sued Appellants for patent infringement in the United States District Court for the District of Delaware. Appellants stipulated to infringement of claims 9, 10, and 13 of the ‘551 patent but maintained that these claims are invalid for obviousness-type double patenting, obviousness, and anticipation.

Following a bench trial, the district court made exhaustive fact findings based on the trial evidence and concluded that the asserted claims of the ‘551 patent were not invalid. Appellants appealled that decision, arguing that the district court misapplied the legal standards for obviousness-type double patenting, obviousness, and anticipation, and that the prior art anticipates and/or renders the ‘551 patent obvious.

The Federal Circuit held that the district court applied the correct legal standards in its obviousness-type double patenting, obviousness, and anticipation analyses, and found no clear error in its underlying factual findings. As a result, the Federal Circuit affirmed the district court’s ultimate conclusion that the asserted claims were not invalid.

“We are pleased with the CAFC decision,” said Anna Richo UCB’s Executive Vice President and General Counsel. “This confirms the strength of our intellectual property for Vimpat®
and maintains UCB’s exclusivity position until March 2022.” This decision supports UCB’s commitment to epilepsy patients and UCB’s ability to deliver Vimpat® to patients.

The Federal Circuit did not disturb the district court’s finding of no obviousness type double patenting, because UCB failed to show that a chemist would have been led to modify the compound described in the ‘301 patent, to create lacosamide according to the ‘551 disclosure. More specifically, no reference disclosed any anticonvulsant data for any compound comprising a methoxymethyl group at R3, including lacosamide.

Accord argued that the chemistry here, which concerned purifying a mixture, does not require a lead compound analysis. The Federal Circuit agreed but stipulated that no authority prohibited a lead compound analysis either. The lower court did not erroneously find that a person of ordinary skill would not have been led to select a lead compound from the references, because there was a lack of data supporting them, and expert testimony discouraged their use.

The Federal Circuit further found that the claims were not anticipated, because a broader genus of compound cited in the prior art reference did not disclose separation into the more narrow species cited in claim 9 of the ‘551 patent.

Chief Judge Prost disagreed with the majority’s obvious-type double patenting analysis. While she noted the majority’s recognition of substantial evidence against a reasonable expectation of success in creating a functionalized amino acid (“FAA”) with anticonvulsant activity by selecting an unsubstituted benzyl for R and unsubstituted methyl for R1, she also noted experiments to the contrary that the majority ignored. Further, the contrary experiments were comparable or more promising than others tested. Prost also wrote that the majority failed to include one of the references in its obvious-type double patenting analysis.

It was not reversible error for the district court to apply a lead compound analysis to evaluate the obviousness of a compound obtained by purifying mixtures. In that type of analysis, the prior art must provide a reason to modify a known lead compound, in order to obtain the claimed compound with a reasonable likelihood of success.