The Myth of ‘Trivial’ Drug Patents 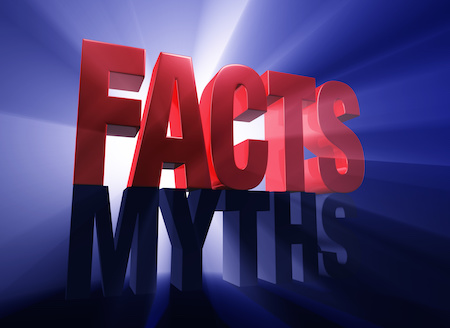 This argument perpetuates common myths and misunderstandings that fail on several levels.  It derives from a view that the only meritorious patents on drugs should be the initial “marvelous and heroic innovations.”  But this is not a requirement for patents on pharmaceuticals or any other type of invention.  The patent law clearly states that any invention should receive a patent if it meets the legal requirements, such as novelty and non-obviousness.  Patents are not limited to marvelous initial innovations.  Indeed, patents on improvements are expressly endorsed in the patent act, which encourages follow-on patents that improve on initial inventions.  These are important for both small-molecule drugs and biological drug products.

Attacks on follow-on drug patents as being “trivial” imply that they cover obvious variations of the original drug patent.  But follow-on drug patents, like all other patents, must meet the same statutory criteria.  The legal test whether any invention is not entitled to a patent is whether “the differences between the claimed invention and the prior art are such that the claimed invention as a whole would have been obvious . . . to a person having ordinary skill in the art to which the claimed invention pertains.”  If a modification or variation of an invention produces results that a person having ordinary skill in the art would not reasonably have expected, then the invention is non-obvious and is patentable, no matter how large or small the difference is from the patented invention.

Types of follow-on drug patents which are often criticized include those covering formulations, dosage regimens, variations in the chemical form of the drug, and treatment of new indications.  These improvements necessarily come after the first discovery of the chemical entity that becomes a new drug, so they necessarily will have patent applications that are filed later and thus will usually expire later than the original drug patent.  As a drug is developed, efficacy or safety sometimes require a particular type of formulation or dosage schedule.  An example is the formulation that is needed to keep omeprazole from being destroyed in the acid environment of the stomach.  While formulations and dosage regimens that persons in the field would usually choose with predictable results are not patentable, if they yield significant unexpected beneficial results then they are separately patentable.  In my experience, patent examiners apply the same stringent legal standards to these follow-on patents as to any other patent application.  Such inventions are not “trivial.”

Follow-on patents are improvements on the original drug.  Well-known examples of an improved formulation are modified release formulations that may allow a patient to take a single pill rather than several pills a day.  Sometimes these are made by applying what may have become well-known methods for making modified release pills, and as such may not be patentable.  But if a new modified-release formulation would not have been obvious and predictable from the prior art methods of making modified-release formulations, then it can be separately patentable.  Once the original patent expires the patent law does not prevent a generic competitor from making a generic version of the original drug.  Some critics complain that they should have the right to make not merely the previously patented FDA-approved drug, but also the still-patented improvements.  This argument ignores that the public can choose between the generic version of the older but effective drug and the convenient but more expensive patented version.  There is nothing unfair about this market choice.  If the generic manufacturer is dissatisfied it can challenge the validity of the modified-release patent in an ANDA case in district court or file an IPR in the USPTO.  Challenging the patent in these forums is expensive but the costs are small compared to the amount that the generic manufacturer has saved in the costs of discovering, developing, and gaining FDA approval of a pharmaceutical.

In the last decade, large molecule biological drugs have come to the fore.  They provide dramatic new treatments for some conditions but can be very expensive.  It is difficult to develop inexpensive generic-type versions for biological drugs.  Whereas a generic copy of a small-molecule can be synthesized as an exact copy of the FDA-approved active ingredient, it turns out to be extremely difficult or impossible to exactly copy the active ingredient of biological drugs due to their complexity and the many biological and chemical processes that are needed to make them.  Therefore, the Biologics Price Competition and Innovation Act allows the FDA to approve “biosimilars.”  A biosimilar is a biological product that is “highly similar” to and has no clinically meaningful differences from an existing FDA-approved reference biological product.  It should not be surprising that most of the companies developing biosimilars are not generic drug companies, but rather sophisticated large companies that also develop their own novel biological drugs.

Some critics complain about the relatively large number of patents that cover some biological drugs, which may stand in the way of biosimilars.  However, the number of patents stems from the nature of biological drugs.  Biologics exhibit great molecular complexity and may be quite sensitive to changes in manufacturing processes.  They may be difficult to administer to patients and may have surprising effects in the body.  This great complexity often creates substantial scientific and manufacturing challenges and can greatly increase the costs and risks associated with developing and producing biologics.  Overcoming these problems may result in multiple discoveries that are patentable.  There is no reason to assume that low-quality patents are retarding the introduction of biosimilars into the market.  The complexity and cost of developing biosimilars contributes to the slow pace of their introduction.