Federal Circuit: No matter how much the advance the claims recite, they are patent ineligible

“No matter how much of an advance in the finance field the claims recite, the advance lies entirely in the realm of abstract ideas, with no plausibly alleged innovation…” 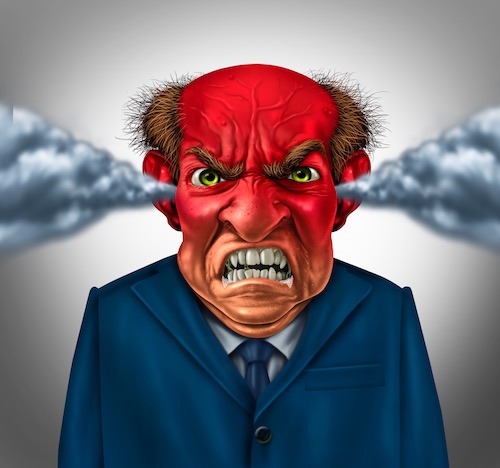 In SAP Am., Inc. v. InvestPic, LLC, the Federal Circuit affirmed a decision by the United States District Court for the Northern District of Texas, which granted SAP’s motion for judgment on the pleadings finding admittedly innovative financial software patent ineligible.

Procedurally, SAP had filed a declaratory judgment action in 2016 alleging, among other things, that the patent claims of U.S. Patent No. 6,349,291, owned by InvesetPic, were are invalid because their subject matter is ineligible for patenting under 35 U.S.C. § 101. Ultimately, the district court determined that the patent claims in question were directed to an abstract idea and lacked an inventive concept necessary to save the invention under 35 U.S.C. § 101.

In order to remedy specifically identified deficiencies in the prior art, the ‘291 patent proposes a technique for analyzing, displaying and disseminating financial information using resampled statistical methods. The innovation disclosed in the ‘291 patent does not assume a normal probability distribution, and the patent teaches several different methods in some detail.

Before applying the familiar Alice/Mayo two-part test for determining the presence of patent eligible subject matter, Judge Taranto seemed to recognize that the claimed invention found in the ‘291 patent was, in fact, innovative. Nonetheless, under the test established by the Supreme Court it is an innovation that falls outside the realm of innovations that are patent eligible in the United States.

Writing for the majority (which included Judges Linn and Lourie), Judge Taranto wrote:

The claims here are ineligible because their innovation is an innovation in ineligible subject matter. Their subject is nothing but a series of mathematical calculations based on selected information and the presentation of the results of those calculations (in the plot of a probability distribution function). No matter how much of an advance in the finance field the claims recite, the advance lies entirely in the realm of abstract ideas, with no plausibly alleged innovation in the non-abstract application realm. An advance of that nature is ineligible for patenting.

The Federal Circuit would go on to apply the Alice/Mayo two-part test for determining patent-eligible subject matter, explaining that a court must determine if the invention is (1) directed to a judicially created exception to patent eligibility (i.e., a law of nature, natural phenomenon, or abstract idea), and (2), if it is, whether the claims individually or in combination add enough (i.e., significantly more) to transform the invention into one that displays patent-eligible subject matter.

The Federal Circuit concluded that the ‘291 patent was directed to the abstract idea. Judge Taranto wrote:

The claims in this case are directed to abstract ideas. The focus of the claims, as is plain from their terms, quoted above, is on selecting certain information, analyzing it using mathematical techniques, and reporting or displaying the results of the analysis. That is all abstract.

The Federal Circuit would distinguished this case from its holding in  McRO and Thales Visionix because the claims in McRO were directed to the creation of something physical — namely, the display of lip synchronization and facial expressions of animated characters on screens for viewing by human eyes.

The Federal Circuit also distinguished the claims from Enfish, BASCOM and Thales Visionix explaining that in both cases the claims were found patent eligible because they were directed to improvements in the way computers and networks carry out their basic functions. In this case, however, the focus of the claims was not on any computer or network, but rather an improved mathematical analysis.

Because the claims are directed to an abstract idea, the Federal Circuit proceeded to part two of the Alice/Mayo test, where they concluded that there is nothing in the claims sufficient to transform them into patent eligible subject matter.

What is needed is an inventive concept in the non-abstract application realm. Here, all of the claim details identified by InvestPic fall into one or both of two categories: they are themselves abstract; or there are no factual allegations from which one could plausibly infer that they are inventive. In these circumstances, judgment on the pleadings that the claims recite no “inventive concept” is proper.

Ultimately, even though some of the claims of the ‘291 patent required databases and processors, those limitations did not improve computer resources. Instead, InvestPic used available computers, with available functions, as tools in executing the claimed innovative process. Therefore, there was nothing inventive about the claims insofar as the Supreme Court is concerned, either individually or in combination, according to the Alice/Mayo framework.

It is difficult to read decisions that say the magnitude of the innovation does not matter with respect to patent eligibility. This is not to say that the Federal Circuit is wrong. Unfortunately, the Federal Circuit is correct, at least under the jurisprudence of the Supreme Court. Nevertheless, it is utterly ridiculous that America’s patent laws have been so corrupted by the Supreme Court that innovation and invention mean nothing anymore.

Where is Congress? Where are the corporations that need patents? For goodness sake, when is someone going to stand up and do something to fix this mess created by an anti-patent cabal that is destroying America’s patent system.