Copyright and Fair Use in the Age of YouTube 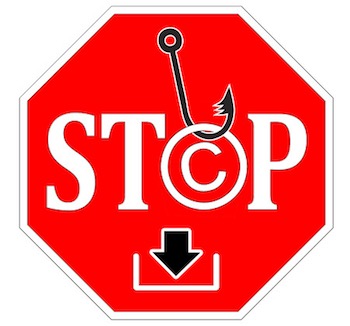 Teenagers no longer want to be Hollywood stars. They want their own YouTube channels instead.  However, in the quest for likes, subscribers, and virality, the benefits and pitfalls of the intellectual property generated (and sometimes borrowed) are often left in the dust.  While many YouTubers do create their own original content, some rely on the content of others for inspiration – e.g. for reviewing, lampooning, or just for context.

An often-relied on defense against allegations of copyright infringement is the “Fair Use” defense.   A recent case, Hosseinzadeh v. Klein, (2017 WL 3668846, 2017) provides some interesting clarity.  While the concept of fair use is well-known, its application to content on the internet needs some clarity.

Ethan and Hila Klein, of “H3H3” fame, are known for their commentary videos.  Often, they show part, or all, of a clip hosted by a different YouTube channel, and intersperse critical commentary – about the subject matter, the host, or anything else that comes to mind.  Ethan is known for his witty skits and satirical response to currently trending videos.

One particular video selected for satire by Ethan led to a Summary Judgement ruling in Federal Court.  The video was originally posted by Matt Hosseinzadeh (referred to as “Hoss” for short) on August 11, 2013.  The video, entitled “Bold Guy vs. Parkour Girl” concerns Hoss (as the character “Bold Guy”) flirting and chasing a woman in various scenes.  The Hoss video was five minutes and twenty-four seconds long.

Hoss responded by filing a takedown request under the Digital Millennium Copyright Act, 17 U.S.C. 512(g)(3) (DMCA), which resulted in YouTube removing the content.  The Kleins filed a counter-takedown notice, alleging the video was fair use and non-commercial.  Hoss then filed suit in the Southern District of New York for copyright infringement.  A defamation claim was later added in response to a follow-on video posted by the Kleins on May 24, 2016.

Copyright Infringement and Fair Use Law

Fair use is an affirmative defense to a copyright infringement allegation, codified in statute in the Copyright Act of 1976.  17 U.S.C. 107 recites that fair use “for purposes such as criticism, comment, news reporting, teaching (including multiple copies for classroom use), scholarship, or research, is not an infringement of copyright.”  The statute further elaborates four factors to consider in determining whether a specific use is fair use.

The case was decided on summary judgment in favor of Ethan and Hila Klein.  The court found that the video constituted “critical commentary of the Hoss video; [and] there is also no doubt that the Klein video is decidedly not a market substitute for the Hoss video” and, therefore, was clearly fair use.  With regard to the defamation claims, the court found that the comments by Ethan and Hila Klein were either non-actionable opinions or substantially true and, therefore, not defamatory.

The opinion acknowledges, in a footnote on page 3, that videos of the type that the Klein’s created, is not unique.  Instead, it is part of a growing genre of “reaction videos” in which portions of an original video are interspersed with commentary to create a new creative work.

Where to go from here?

The opinion makes it clear that the court considers the Klein video covered by fair use.  Unfortunately for Ethan and Hila Klein, keeping their content online required going to federal district court.  While the Kleins’ were able to fund their legal response, not all content creators are similarly positioned.

This presents some thoughts for consideration going forward.  As new technological platforms evolve, more and more interactive content is inevitable.  For example, Twitch allows users to stream videos of themselves playing copyrighted video games.  Virtual Reality presents the possibility of attending (and recording) virtual concerts and experiences.  Additionally, Augmented Reality inherently offers the ability for users to create (and share) derivative works created using copyrighted content.  While many of these issues will be solved by market considerations (what video game producer doesn’t want free advertising on Twitch?), more and more allegations of copyright infringement are likely to arise.

Unfortunately for most content creators, DMCA takedown notices are easy to submit, for example through web forms, and the burden is quickly put on the content creator to respond.  Luckily for the Kleins, their fans were ready and willing to create a legal fund for their use. YouTube has also taken action to protect some content creators subject to false DMCA notices.  However, with over 800 unique users, and over 100 hours of new videos being uploaded every minute, clearly YouTube cannot be required to protect all of its content creators from false copyright infringement allegations.

In light of this decision, perhaps we are approaching a time where reconsideration, and revision, of the DMCA, is warranted.  After all, YouTube was only formed in 2005, seven years after the DMCA became effective.  And, while YouTube has taken action to protect some content creators subject to false DMCA notices, with over 800 unique users, and over 100 hours of new videos being uploaded every minute, even Google cannot protect all YouTube content creators from false copyright infringement allegations.

Katie Scholz is an Associate level Patent Attorney and Trademark practicing in the Twin Cities area. She is a registered member of the Minnesota State Bar and the United States Patent and [...see more]