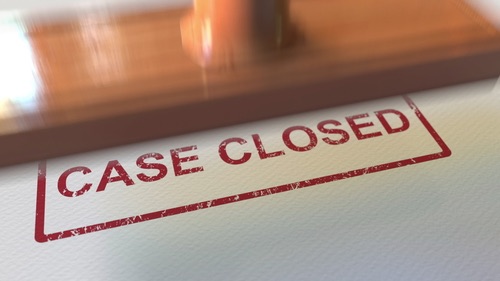 Gilead produces and sells several products containing an antiviral agent used in the treatment of AIDS, and AIDS Healthcare Foundation (“AHF”) buys these products to provide care to persons afflicted with AIDS. AHF filed suit requesting declaratory judgment of invalidity for five patents purportedly covering the antiviral agent and associated products, hoping to “clear out the invalid patents” such that AHF could partner with generic makers and purchase generic versions of the antiviral agent as soon as it could become available on expiration of the five-year New Chemical Entity exclusivity provided by FDA approval of the antiviral agent. The district court dismissed, ruling that AHF’s status as a mere consumer and its interest in purchasing such products did not create a case of actual controversy.

On appeal, AHF argued that it is an indirect infringer of the patents because it requested potential producers to provide the patented products, Gilead’s non-response to AHF’s request for a covenant not to sue created a present controversy, and public policy favors invalidation of invalid patents.

First addressing AHF’s indirect infringer argument, the Court noted that a declaratory action requires “a substantial controversy, between parties having adverse legal interests, of sufficient immediacy and reality to warrant the issuance of a declaratory judgment.” In the present case, AHF contacted generic makers asking them to provide an infringing product, but there was no evidence of preparation to produce a product covered by any of the patents. Further, no potential generic producer had filed an ANDA, nor could they as the New Chemical Entity period of exclusivity forecloses such a filing until November 2019. As such, the Court found that because “there is no present infringement, no threat of or the possibility of infringement litigation, and no meaningful preparation to infringe,” the “immediacy and reality” criteria of a declaratory action is not met.

The Court also dismissed AHF’s argument that it is inducing infringement. Because there is no direct infringement, there cannot be induced infringement. Moreover, the “adverse legal interest” required for a declaratory action requires “a dispute as to a legal right, such as an underlying legal cause of action that the declaratory defendant could have brought or threatened to bring, if not for the fact that the declaratory plaintiff had preempted it.” In contrast, AHF relied solely on its “adverse economic interest” in purchasing a cheaper product, which the Court concluded is insufficient to create declaratory standing.

The Court finally dismissed AHF’s public policy arguments for invalidating invalid patents, which purportedly supports the challenging of the “weak” antiviral patents. The Court pointed to the Hatch-Waxman Act, which “is already a balance of several policies interested, seeking to preserve the patent interventive to invent new drugs, while enabling validity challenge by ANDA filers before actual infringement occurs. Accordingly, the Court affirmed the district court’s dismissal of AHF’s suit.