Patent Trolls, Superpredators and Deplorables: The Ramifications of Political Bullying 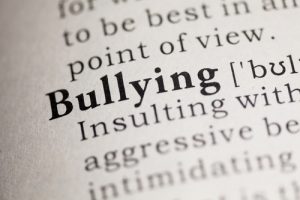 If you look around the Internet a little bit, you’ll find some definitions of the term patent troll, which tend to include many of the same elements. Wikipedia says that the term is “a categorical or pejorative term applied to a person or company that attempts to enforce patent rights against accused infringers far beyond the patent’s actual value or contribution to the prior art, often through hardball legal tactics.” Legal publishing company NOLO defines it as “a disparaging term for someone who sues for patent infringement but who does not make or sell any product using the patented technology.” Investor education website Investopedia says that patent troll “is a derogatory term used to describe the use of patent infringement claims to win court judgments for profit or to stifle competition.”

Pejorative. Disparaging. Derogatory. Potentially defamatory. And it’s pretty abstract, which is ironic given the growing focus on abstract ideas in patent law over recent years.

The rhetoric of the patent troll narrative has done a great job of decimating the U.S. patent system and has led to highly public character evisceration of legitimate inventors over and over and over and over again. To date, this writer can think of one example of an actual patent troll: MPHJ Technologies and the infamous abuse of the scan-to-email patent. That’s the one example of an entity who asserted patents in bad faith through thousands of demand letters without ever once filing a lawsuit. That’s clear extortion in an attempt to obtain thousands in licensing fees on a patent that probably didn’t have value if asserted in U.S. district court.

And yet, the specter of the patent troll bogeyman continues to be espoused by parties in the United States and abroad with very little regard of the dangerous nature of the term, and despite Obama era FTC saying the term is unhelpful and misleading.

After its recent $500M+ damages award against Apple following a fourth jury trial, VirnetX was hit over and over and over again with the patent troll label by the usual suspects among the tech news publishing world. To them, VirnetX is some nefarious, opportunistic actor within the patent system, as if VirnetX’s executive management team didn’t include inventors listed on the patents being asserted, and as if VirnetX didn’t offer the Gabriel Secure Communications application suite covered by its patents, making it a practicing entity and not the type of non-practicing entity (NPE) typically accused of being a troll.

This damaging narrative, which portrays inventors in an incredibly disrespectful way, has been allowed to infect the highest levels of our nation’s government. Nowhere is that more apparent than in the U.S. House Judiciary Committee’s IP Subcommittee which has redoubled its efforts against patent trolls over and over and over again to the detriment of inventors everywhere. The discussion and testimony occurring at its hearings has been so unprincipled that IP Subcommittee Chair Darrell Issa (R-CA) employs a definition of patent troll that would include even himself, an inventor listed on patents which have been asserted in district court by a company he ran. It’s been so bad that the IP Subcommittee has invited witnesses who have possibly submitted false testimony to policymakers.

Where have we seen this before, a situation where a disrespectful narrative having very little basis in fact is supported by members of the political elite? What have been the ramifications of those disparaging viewpoints? For answers to these questions, we turn now to the political career of none other than Hillary Clinton.

On January 25th, 1996, Hillary Clinton gave a 30-minute speech at Keene State College in New Hampshire during which she discussed aspects of then-President Bill Clinton’s policies on crime and law enforcement. At one point during her speech, she talked about a need to address a new kind of criminal element:

“We need to take these people on, they are often connected to big drug cartels, they are not just gangs of kids anymore. They are often the kinds of kids that are called superpredators. No conscience. No empathy. We can talk about why they ended up that way but first we have to bring them to heel.”

Over time, Clinton’s use of the term “superpredator” has turned out to be incredibly controversial as law enforcement policies which were designed to deal with the specter of increasingly violent youth have contributed to racial and socioeconomic disparity in the justice system. Clinton’s comment came back to light during the 2016 election cycle when an activist confronted Clinton at a fundraising event regarding the effect of her “superpredator” statement on higher incarceration rates for black Americans. Instead of understanding nuances regarding the effects of abuse and poverty on juveniles, here we have another concrete example of a highly ranking member of America’s political elite using a term that blankets an entire class of people in a demeaning way.

Recent history offers us another example of the unintended consequences of the use of political pejoratives. On September 9th, 2016, Clinton gave a speech at another fundraiser event for her campaign during which she infamously classified supporters of current President Donald Trump in a pretty blunt manner:

“We are living in a volatile political environment. You know, to just be grossly generalistic, you could put half of Trump’s supporters into what I call the basket of deplorables. Right? The racist, sexist, homophobic, xenophobic, Islamaphobic — you name it. And unfortunately there are people like that. And he has lifted them up.”

Generalizing such a wide swath of Donald Trump’s supporters as hate-mongering sociopaths turned out to be a huge political loss for Clinton. One week after her comments, Donald Trump started a campaign event by parodying Clinton’s remarks, displaying a large backdrop showing the words “Les Déplorables” and playing “Do You Hear The People Sing” from the musical Les Misérables. After Trump won the 2016 presidential election, Clinton acknowledged that the comment was a “political gift” to Trump after it caused many undecided voters to shift away from Clinton just weeks before the election.

Aside from the specific classes being targeted by these different monikers, it would seem that the use of the term “patent troll” is not much different than the use of the terms “superpredators” or “deplorables.” Each of them is a gross over-generalization of groups of people that have turned out to be incredibly demeaning and evidence a great misunderstanding of certain political realities. Many Americans are right to be outraged over the long-term effects of harsh law enforcement policies on underprivileged communities. Will they show any similar outrage over the steep decline of the U.S. patent system and our nation’s innovation economy directly attributable to the use of the “patent troll” narrative? Pessimistic voices might say no, but if ordinary Americans can be shown how disrespect for patent rights has played a role in the economic stagnation of our nation, reducing investment in business startups and slowing job creation, it’s possible that the pendulum can start swinging in a more positive direction.