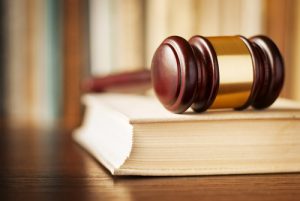 On April 20th, the Court of Appeals for the Second Circuit issued a decision in Montauk U.S.A. LLC v. 148 South Emerson Associates LLC which vacated-in-part an earlier ruling in a trademark case issued from the Eastern District of New York. In that ruling, the district court denied a motion for preliminary injunction filed by Montauk, which was asserting its trademark rights to marks associated with The Sloppy Tuna, a restaurant in Montauk, NY.

“This case is one in a series of bitterly contested suits adjudicating rights associated with The Sloppy Tuna,” the 2nd Circuit’s opinion, penned by Circuit Judge John M. Walker Jr., reads. The suits involve the same series of individual players who were formerly partners at The Seaport Group, a Wall Street investment firm. One of the partners, Drew Doscher, conceived the idea for The Sloppy Tuna restaurant in 2010 and sought out the other three individuals as partners and investors. Doscher then created Montauk U.S.A. to hold the intellectual property associated with the restaurant. In March 2011, the four business partners created two New York limited liability companies (LLC), one to operate The Sloppy Tuna and another to purchase the property for the restaurant.

The restaurant opened for business in May 2011, around the same time that Doscher was succesfully registering several trademarks for The Sloppy Tuna with the U.S. Patent and Trademark Office. The original complaint filed by Montauk in this case noted that 148 South Emerson Associates, the owner/operator of The Sloppy Tuna, was permitted to use the trademarks owned by Montauk subject to an oral licensing agreement.

Despite considerable success for The Sloppy Tuna, conflicts between the principal individuals involved with the restaurant escalated in January 2013 when The Seaport Group ended its relationship with Doscher. “The record evinces the open and personal hostility between the parties,” the 2nd Circuit’s opinion reads. In October of that year, Montauk and Associates entered into a written licensing agreement regarding the Sloppy Tuna trademarks. Mark Horowitz, a manager for Montauk, signed for that entity while Doscher provided one of two signatures needed for Associates; Doscher owned 100 percent of Montauk and 50 percent of Associates. Michael Meyer, who owned the other 50 percent of Associates, did not sign the license agreement. “Associates and Meyer have consistently contended that the License Agreement is a sham and is unenforceable,” the 2nd Circuit writes.

District court litigation over the trademark dispute began in December 2014 when Montauk filed a complaint in the Northern District of Georgia seeking declaratory judgment that Montauk, and not Associates, owns the trademarks relevant to The Sloppy Tuna. Meyer then sued Montauk in New York state court alleging that the license agreement was void ab initio as it wasn’t a valid arms-length agreement. In March 2016, Montauk again sued Associates in Georgia state court on commercial claims, including breach of contract and unjust enrichment, related to Associates’ use of The Sloppy Tuna marks. The fourth suit, the one which eventually was appealed to the 2nd circuit, was filed in May 2016 in the Eastern District of New York; in that suit, Horowitz and Montauk brought claims of trademark infringement, false designation of origin, cybersquatting and trademark dilution.

On July 1st, 2016, counsel representing Meyer filed notices of appearance for Meyer, “derivatively on behalf of 148 South Emerson Associates.” Meyer then filed a motion to dismiss Montauk’s case based on three arguments: the complaint should be dismissed based on the “first-filed” rule in light of Montauk’s earlier federal action in Georgia; Montauk’s failure to state the cybersquatting claim; and that Montauk should be ordered to pay Associates’ costs incurred by the discontinued action in Georgia state court under the anti-forum shopping provision of Federal Rule of Civil Procedure 41(d).

Various motions were filed by either party in the months after Meyer’s motions to dismiss and pending motions were resolved substantially in Associates’ favor that October in an order filed by U.S. District Judge Sandra Feuerstein. The district court rejected Montauk and Horowitz’s contention that Meyer could not represent Associates derivatively under New York state law; dismissed Montauk’s complaint under Rule 41(b); and ordered Montauk to pay Associates’ cost related to the Georgia state court action.

All three of these findings were challenged by Montauk on appeal; Horowitz did not appeal from the district court ruling. The 2nd Circuit affirmed the district court’s ruling that New York state law afforded Meyer the right to derivatively defend the suit on behalf of Associates. The district court had ruled that barring Meyer’s claim to defend Associates in the derivative would be an “intolerable grievance” because Doscher’s position in both LLCs would effectively require Meyer, the 50 percent co-owner of Associates, to pay license fees to Doscher, the other 50 percent co-owner of Associates. While the district court noted that New York state law generally disfavors derivative litigation, this situation created an “intolerable grievance” allowing for such derivative defense. As the 2nd Circuit noted, a principal condition for allowing Meyer’s derivative defense was to determine whether the litigant had attempted to get the corporate board to act, or an adequate explanation of why that attempt should be excused. Previous legal deadlocks between Doscher and Meyer resulted in Associates being held by a court-appointed receiver and Meyer had filed a declaration from that receiver in which “he eagerly consented to Meyer’s derivative defense of the case.” The court found that this declaration proved Associates’ consent for Meyer’s derivative defense of the entity.

The appellate court, however, vacated the part of the district court’s ruling related to dismissing the case under the “first-filed” rule, a rule which “embodies considerations of judicial administration and conservation of resources, and recognizes that a party who first brings an issue into a court of competent jurisdiction should be free from the vexation of concurrent litigation over the same subject matter,” according to the 2nd Circuit. In August 2017, the judge presiding over the case brought by Montauk in Georgia filed an order to transfer the case to the Eastern District of New York, where it was added to Judge Feuerstein’s docket.