A massive amount of intellectual capital gets created every day from $150 billion in annual research funding allocated to federal laboratories and universities in the United States. Unfortunately, most of that intellectual capital never makes it to the market and does not generate any return on investment (ROI). The current effort by the Department of Commerce focusing on Unleashing American Innovation: Return on Investment Initiative launched by Commerce Secretary, Wilbur Ross and Undersecretary of Commerce, Dr. Walter Copan was covered by Gene Quinn from IP Watchdog. This comes out directly from the President’s Management Plan and focuses on five strategies:

(4) support innovative tools and services for technology transfer; and

(5) improve understanding of global science and technology trends and benchmarks. 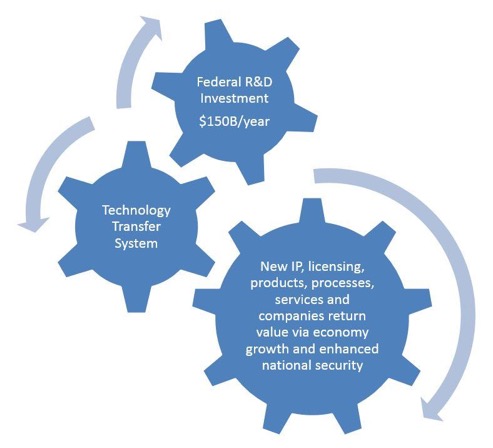 If we consider inventions, licenses, and patents as ROI from research, there were 25,825 inventions disclosed by all US universities; 16,487 patent applications filed and 7,730 licenses and option executed in 2016 as reported by the Association of University Technology Managers (AUTM). It should be noted that the number of licenses is a lagging indicator since it typically takes more than one year to license a disclosed technology, it is on the same order of magnitude as the previous years. 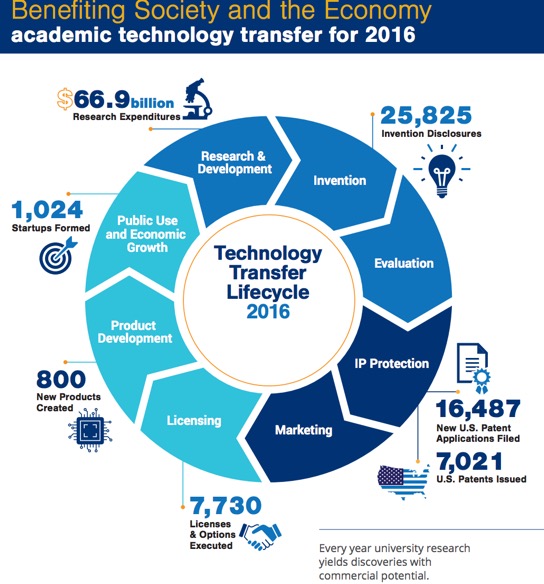 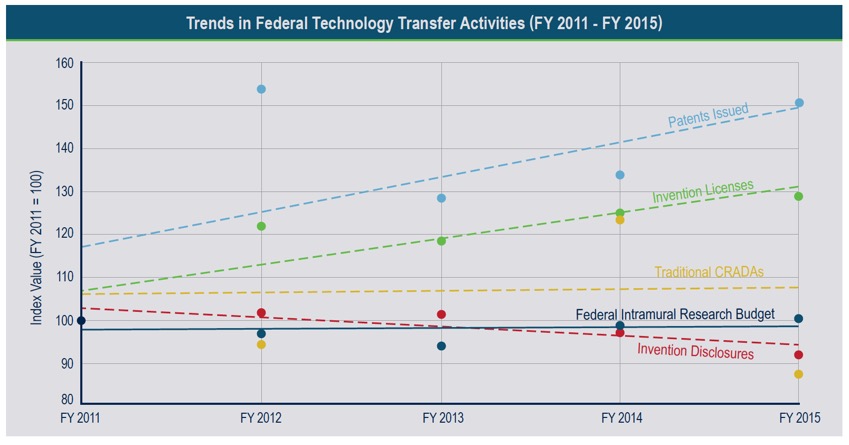 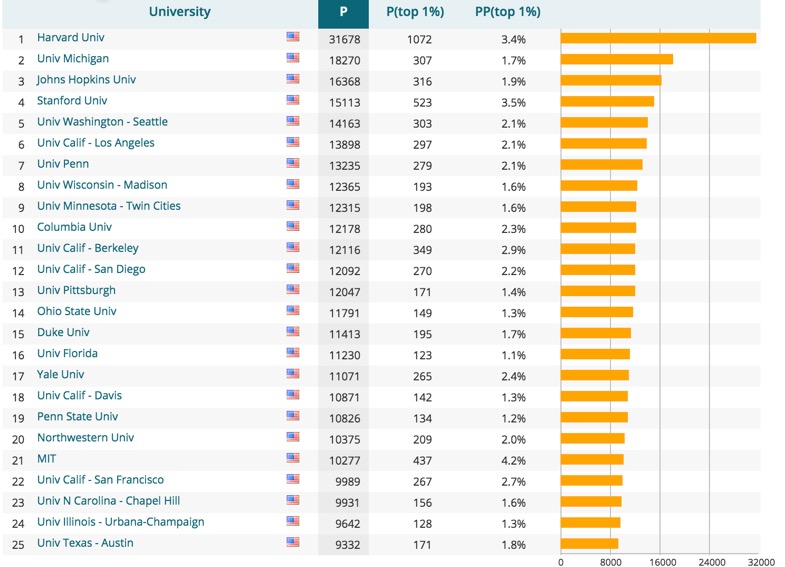 This essentially means more than 99% of the intellectual capital created at universities and federal labs are never protected and never gets translated to intellectual property, and hence those are almost never transferred through a license to a startup or an existing company. So, what happens to the majority of the intellectual capital that is not disclosed as inventions? That typically remains locked up at the university without access from the outside world. To many in academics, the sole purpose of research is to create benefit for the public and it is considered noble to perform science for science’s sake. That belief is indeed true to a certain extent. Without fundamental research, we would not have many of the ground-breaking technologies that we take for granted today or the new and emerging fields of nanotechnology, gene therapy, or quantum dots. But it is also true that most of that intellectual capital never makes it to the market.

If we look at the business model for eBay Inc. it is mostly focused on unutilized assets are bought and sold through a transaction-based platform. In 2017, eBay Inc. delivered revenue of $9.6 billion, that was primarily driven by sales of $88.4 billion! Today, we have many platforms and websites that showcase intellectual property and are looking to dress up the windows by sharing patents and inventions available from universities and a few for federal labs. In a world where the Sears model has arguably failed, and the Amazon model is working because of one-click transactions and predictive analytics. We need to move more towards a transaction based intellectual capital marketplace. Amazon reported somewhere in the neighborhood of 6,000 deals per minute and 3.5 million toys purchased worldwide during its Prime sale event. As of January, an estimated 398 million products were listed on Amazon.com.

There are very few intellectual capital markets where we can directly find the work that is produced from the universities, other than through the publications. Although publications are much easier to find these days through a database like Pubmed or Google Scholar, it extremely difficult, if not impossible to get hold of the materials, software, data, know how that often times are very valuable. Getting antibodies or materials sometimes might mean a long drawn out process of a material transfer agreement (MTA) with a university or after months to years of waiting to get a cell line from ATCC. This not only hinders the advancement of science, but it also affects the overall ROI that can be potentially drawn from the research.

Recently, The Ohio State University launched its first online intellectual property marketplace, to provide easy access to its intellectual capital. Other universities also have similar markets for transacting intellectual capital but on a limited basis. There is definitely a need right now to take a closer look into building a marketplace, that can allow easy transaction of intellectual capital that would otherwise remain frozen and locked up. Making our universities and federal labs accessible through porous and efficient marketplace on a global basis, where we can easily find a mouse model, antibody, software or even music seems like the way to go about deriving ROI from research. Additionally, adoption of technologies like blockchain can ensure that we effectively track the ROI of our NIH or NSF dollars easily and accurately to help us measure the impact of research intellectual capital.

The ROI initiative has issued a request for information (RFI) that is key to the implementation of this project. Every technology transfer office in collaboration with its government relation office should consider providing their input to this critical project. It is akin to voting, if you are not providing your input, someone else will get to decide how technology transfer is done.

Dr. Dipanjan “DJ” Nag Dr. DJ Nag is the President of Innovaito LLC, an intellectual property strategy think tank launched in 2018. Currently he also serves as an independent board member and Chair of [...see more]