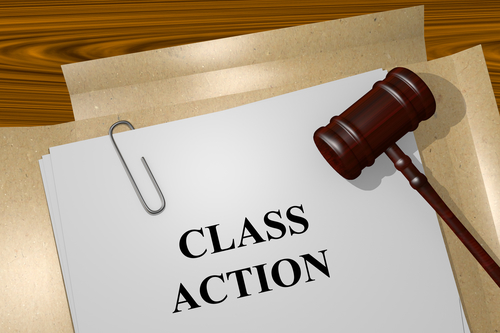 On Wednesday, May 9th, Oklahoma-based patent owner Christy Inc. filed a class action complaint in the U.S. Court of Federal Claims against the United States seeking just compensation for the taking of the rights of inventors’ and patent owners’ patent property rights effectuated by the Patent Trial and Appeal Board (PTAB). Members of the proposed class would include all owners of patents which were deemed by the U.S. Patent and Trademark Office to include patentable subject matter which were later invalidated by the PTAB.

In the class action suit, Christy is asserting claims against the U.S. government founded upon the breach of express or implied contract claims to which the U.S. is a party, the Takings Clause of the Fifth Amendment as well as violation of due process. The contract claims at issue include the agreement by the government to issue patents with specific claims which are covered for a specific period of time in exchange for the patent owner’s payment of issuance and maintenance fees; Notice of Allowance and Fee Transmittal forms represent the express or implied contract made by the patent applicant or owner with the U.S. government.

The basis of this legal action on due process and Fifth Amendment grounds was recently presaged by the U.S. Supreme Court’s holding in Oil States v. Greene’s Energy Group, where the majority opinion held that patents are not precluded as property under either of those legal concepts. Christy’s class action suit claims that the amount owed by the U.S. government to class members is greater than $100 million.

The particular case involving Christy leading up to the class action suit is one that should reverberate with many patent owners who have seen the U.S. government strip their patent rights after they paid a great deal of money to obtain that patent, assert that patent in district court and then defend the validity of that patent at the PTAB. In August 2006, Christy was assigned U.S. Patent No. 7082640, titled Ambient Air Backflushed Filter Vacuum. It covered a vacuum cleaning machine with a canister, an inlet port and at least two outlet ports configured to backflush a vacuum filter with ambient air, clearing dust or other particles which have formed on the filter without creating turbulence in the vacuum’s collecting canister. Christy’s class action suit notes that it had entered into at least one licensing agreement granting a party the right to practice the technology covered by the ‘640 patent in exchange for royalty payments.

On December 19th, 2014, Black & Decker filed two petitions for inter partes review (IPR) proceedings at the PTAB to challenge the validity of the ‘640 patent; the petition was filed prior to discovery in the district court case. On June 24th, 2015, the PTAB instituted IPRs on all claims challenged by Black & Decker’s petitions. In final written decisions issued by the PTAB on June 17th, 2016, the PTAB invalidated all challenged claims of the ‘640 patent as either anticipated by prior art under 35 U.S.C. § 102(b) or obvious under 35 U.S.C. § 103.

As a result of the IPR proceedings conducted by the PTAB, Christy no longer has any recognized property rights to the invention claimed by the ‘640 patent. The USPTO has not provided “any compensation, never mind just compensation,” to Christy or any other patent owner who has lost their property rights as a result of the PTAB, nor has the agency compensated patent owners for fees spent defending the PTAB trial, monies invested in developing the underlying technology, or any refund of issuance and maintenance fees paid to the USPTO. As an example of those costs, Christy notes that it had paid maintenance fees on three different occasions in the total amount of $5,990 to maintain the ‘640 patent.

“Undeniably, the PTAB is a money printing machine for the USPTO,” Christy’s class action complaint reads. Christy notes the filing fees paid by petitioners to the PTAB; parties seeking IPR proceedings like the one pursued by Black & Decker pay $9,000 to request the IPR (plus $200 for each claim challenged in excess of 20 claims) and a $14,000 fee post-institution (plus $400 for each claim challenged in excess of 15 claims). Fees for post-grant review (PGR) and covered business method (CBM) reviews are higher. Given the 8,210 PTAB petitions filed through April 12th of this year, 4,256 of which have been instituted, “the PTAB appears to have been paid almost $140 million dollars associated with PGPs” to fix supposed errors in patent grants issued by the USPTO. “To make matters worse, while PGP petitioners can be reimbursed for certain fees paid by a petitioner if institution is denied or partially denied on their petition, a patent owner is not reimbursed for any of the issuance or maintenance fees if a patent and/or claim of theirs is invalidated,” Christy’s class action suit reads.

“Having a patent issued in your favor in the United States is a birthright for many inventors and business owners in the United States,” Christy notes. The process of getting and maintaining a patent had been substantially similar since the founding of the United States up to 2011, when the Leahy-Smith America Invents Act (AIA) created the PTAB and the IPR, PGR and CBM trials it conducts. These PTAB proceedings have “completely decimated the value of issued patents” by becoming a patent death squad which has invalidated 77 percent of all claims it has been petitioned to review; further, only 4 percent of PTAB petitions result in all claims being upheld. “Indeed, it has been estimated that the damage to the economy resulting from the creation of the IPR process alone is equal to around $1 trillion dollars,” Christy’s suit reads.

Christy argues that the most disturbing aspect of the entire PTAB regime under the AIA is that property rights were granted and then taken away by the government without just compensation as required under law. This has happened despite long-standing policy of encouraging investment in patented technologies through the patent grant and the presumption of validity which patents had enjoyed prior to passage of the AIA. “Also at the center of this lawsuit is the public (and shocking) admission by the USPTO that [post-grant proceedings] are designed to invalidate patents that were erroneously granted in the first instance,” Christy alleges, noting that such an admission was acknowledged by multiple Supreme Court justices during oral arguments in Oil States.

“Naturally, if this is the case, then the USPTO should never have collected (or be allowed to keep) any issuance fees or maintenance fees for any of the patents and claims that have been invalidated in any PGP process, and the patent owners of these patents should never have had to defend these patents (which were rightfully and reasonably defended because each of them was presumed valid by statute) in the PGP proceeding, which often costs hundreds of thousands of dollars in attorney fees and expenses to defend. But for the fact that the patents were issued (and a property right granted in the first place), the patent owners would not have invested the time, resources, and money into the subject inventions and the monetization of those inventions, whether through product development or otherwise.”

Randy Landreneau, President of inventor advocacy group US Inventor, issued the following statement on the news of Christy’s class action lawsuit against the U.S. government:

“After putting what it takes into inventing, getting a patent, and starting an enterprise, to then have it all taken back by the same agency that granted it is breathtaking. These plaintiffs understandably feel betrayed. The USPTO should not be in in the business of invalidating issued patents.”