“The uncertainty created by the Supreme Court with respect to patent subject matter eligibility has few bounds – even impacting the most celebrated inventions of our most honored inventors.” 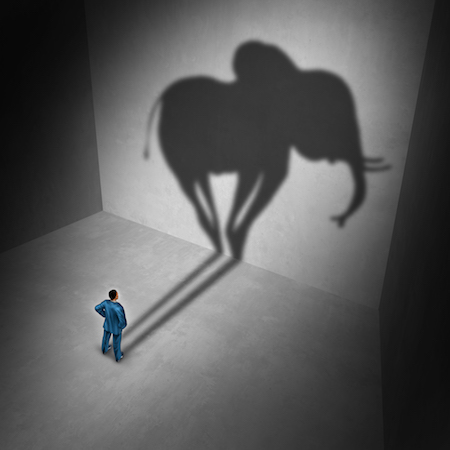 On the chance it is not apparent, the title of this article is a play on words. 35 USC §101 is the US statute that addresses what constitutes patent eligible subject matter. The number “101” is also used in university course offerings to connote courses that introduce one to the basics of a topic (as in “chemistry 101”). One might think that, like an introductory course introducing one to the basics of a topic, 35 USC §101 would be readily understood, providing clear groundwork regarding what is, and what is not, patent eligible.

And that very reasonable assumption is completely wrong. Not because the wording of 35 USC §101 is unclear, but rather Supreme Court decisions applying Section 101 have created a great deal of uncertainty regarding what is patent eligible subject matter.

Whoever invents or discovers any new and useful process, machine, manufacture, or composition of matter, or any new and useful improvement thereof, may obtain a patent therefor, subject to the conditions and requirements of this title.

That should more or less be all one needs to know. But it isn’t. The Supreme Court long ago created its own exceptions to patent eligibility: laws of nature, natural/physical phenomena, and abstract ideas (these exceptions do not appear anywhere in the statute and are thus not found in “the conditions and requirements of this title” referred to in the final clause of 35 USC §101). However, the Court has never articulated a clear, satisfactory test for determining whether a claimed invention is subject matter eligible or whether it instead falls within one of the exceptions. In recent years, as the Supreme Court has confronted new fields of invention, it has reacted by expanding exceptions to patent eligibility and thus further curtailing protection for many cutting edge innovations in biotechnology and software.

Much has been written about the shortcomings of the Supreme Court test for subject matter eligibility and its negative impact that I don’t need to list here.

Patent system participants concerned about the current state of patent subject matter eligibility have been collecting examples of how 35 USC §101 jurisprudence has undermined certainty and protection for worthy inventions. These include, but are not limited to, conflicting Federal Circuit subject matter eligibility decisions regarding patents covering very similar technologies, and patents found to be ineligible in the US, but eligible in other countries.

One way to examine the impact of the Court’s holdings in the area of patent subject matter eligibility on the US patent system is to look back at some of our most celebrated patents to project how they might have fared in the current state of confusion. The patents discussed below are all landmark inventions and were conceived by inventors inducted into the National Inventors Hall of Fame (NIHF). Would these ground-breaking inventions, that helped set the course of humanity, be patentable today?

Some of my findings:

Consider the work of Leonard Adleman, Ronald Rivest, and Adi Shamir. They are to be inducted into the NIHF this year for US Patent 4,405,829 relating to RSA (an acronym formed from the first letter of the last names of the inventors) cryptography used in many Internet-based transactions. What would the Supreme Court make of the claim below in their patent? Is the claimed invention “abstract”? If so, is it transformed into something “significantly more”?

23. A method for establishing cryptographic communications comprising the step of:

encoding a digital message word signal M to a ciphertext word signal C, where M corresponds to a number representative of a message and

where n is a composite number of the form

where p and q are prime numbers, and

where C is a number representative of an encoded form of message word M,

Consider the work of Barbara Liskov. She was inducted into the NIHF in 2012 for US Patent 6,671,821 relating to fault tolerant programming languages and system design. The Hall of Fame web site actually refers to “data abstraction” in describing her work! Perhaps an alleged infringer might use these words to challenge the eligibility of the patented invention.

Consider the work of James Wynne, Rangaswamy Srinivasan, and Samuel Blum. They were inducted into the NIHF in 2002 for US Patent 4,784,135 relating to excimer laser surgery – the underpinning for the procedure later developed in collaboration with an ophthalmic surgeon that became known as LASIK. Is the precise etching of living tissue with minimal collateral damage to the surrounding area a “natural phenomenon”?

Need I go on? The point is that at first blush it’s not readily clear whether these patents would be found subject matter eligible, demonstrating that the uncertainty created by the Supreme Court with respect to patent subject matter eligibility has few bounds – even impacting the most celebrated inventions of our most honored inventors. I am not arguing that the cited inventions are or should be eligible or ineligible, or have or lack merit. Perhaps a complete reading of the patents might resolve some of the eligibility issues raised by the current Supreme Court jurisprudence, but if we cannot determine with reasonable certainty how all of these inventions would fare if judged under recent Supreme Court case law, then no one can truly teach Patent Subject Matter Eligibility 101.

And now, as we embark into the unknown with nearly limitless computing power in the fields of quantum computing, artificial intelligence, cyber security, medical diagnostics, and biotechnology, and in fields that have not even been thought of yet, do we really want to continue with a weakened patent system that throughout our history played such a key role in promoting “the Progress of Science and useful Arts” to bring us to this technologically-advanced state?