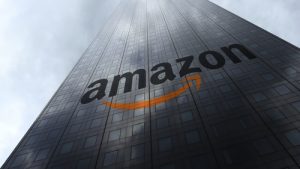 Seattle, WA-based e-commerce firm Amazon.com (NASDAQ:AMZN) is a giant in the world of American retail. A little more than one year ago it was reported that, in 2016, Amazon’s e-commerce platform accounted for 43 percent of all online retail sales for that year. In 2017, Amazon led e-commerce retailers in America with $178 billion in net sales according to the online statistics portal Statista. In mid-April, Amazon CEO Jeff Bezos announced in an annual shareholder letter that the company had surpassed 100 million global subscribers to its Amazon Prime membership service; Amazon also shipped more than five billion items to Prime subscribers in 2017.

Given that Amazon is seeing so much consumer activity on its digital platforms, it’s no wonder that the tech giant has access to a great deal of private data which customers might not be considering. While most brick-and-mortar retailers will only have access to credit card information, or perhaps some personal information through consumer loyalty programs, analysis of Amazon’s privacy policy shows that the company collects information on shipping recipients, Internet protocol (IP) addresses of customers, personal information in a user’s profile and even the e-mail addresses of friends. Amazon leverages this data in various ways to increase its platform’s value, including product recommendations as well as optimization of supply chains and product prices.

With data privacy concerns at the forefront in the wake of the Cambridge Analytica data scandal, it seems that Amazon isn’t completely in the clear when it comes to the security of consumer data on their platforms. Recent reports indicate that Amazon’s Mechanical Turk online worker marketplace was another platform targeted by the data collecting quiz application developed by Aleksandr Kogan, the Cambridge app developer behind the Facebook scandal. Data privacy concerns have also surfaced surrounding Amazon Web Services cloud platforms including inadvertent breaches of web-monitoring data stored on Amazon cloud services by private companies and the Pentagon alike. Amazon servers also collect voice recordings from consumers using its Alexa digital personal assistant which are also at risk of falling into the wrong hands unless a consumer manually deletes recordings through the Alexa app.

As the patent notes, the decision tree in this invention is constructed via machine learning to determine predicted attributes which allows a network service to target a group of potential users for various campaigns. Consumers should know, however, that this technology gives Amazon the ability to determine “a user attribute of a potential user whose identity has not been recognized by a network service,” including attributes related to geographic location of a user’s device, Internet service provider (ISP) information and even household income correlated with a geographic location.

One of the selling points for users of Bitcoin cryptocurrency is the anonymity that the digital currency provides but that anonymity is less useful on Amazon’s platforms thanks to the technology described by U.S. Patent No. 9947033, titled Streaming Data Marketplace. Issued this April, it claims a computing device configured to facilitate organization of streaming data, the device having a processor; a memory in electronic communication with the processor; and instructions stored in the memory which are executable to request a first stream of data from a first source via a streaming data service; define an amount of data to be received from the first data stream; receive the data from the data stream; identify streaming data from a second source comprising a different type of data via the streaming data service; correlate and combine the streams of data to increase the utility of the first stream of data; and publish the combine data as a combined data stream to the streaming data service.

The resulting invention is intended to enable streaming analytics services to develop business applications for processing hundreds of terabytes of data per hour, including website click-streams, social media and operational logs. However, the patent describes example uses of this technology involving the correlation of shipping addresses with Bitcoin transactions which could be used by government agencies to “correlate tax transaction data to help identify transaction participants.” It also contemplates law enforcement agencies using the technology to correlate global Bitcoin transactions with shipping addresses.

The resulting invention is intended to improve package deliveries and reduce the delays which can happen when a package is sent to a location but the intended recipient isn’t there. Still, the idea that Amazon might know where you’re going to be before you even get there is a touch unsettling.

Amazon leverages data on important life events in order to sell items, as is evidenced by the technology claimed in U.S. Patent No. 9369536, titled Event-Based User Behavior Timeline, Predictions, and Recommendations. It covers a system comprising modules in a data store which are executable by a processor, including a timeline module that determines significant life events of a user such as birthdays, vacations, changing residences, birth of a child, educational milestones or anniversaries; a prediction module that determines a prediction of user behavior based on an analysis of a structure from the timeline module with respect to a user behavior prediction criterion which has a tendency to follow an occurence of a significant life event; and a recommendation module that provides an item recommendation to the user based on the prediction of user behavior.

This invention leverages social networking activity, sentiment analysis of user communication and demographic data to improve product recommendations, such as a recommendation to buy major appliances when a person changes residence. Most Amazon customers would probably be unaware, though, that the company maintains event timelines for its customers.

Take-out and delivery order information is also collected by Amazon from consumers according to the technology outlined in U.S. Patent No. 9898788, titled Predictive Restaurant Ordering. It covers an automated food service ordering system comprising non-transitory computer-readable media storing executable instructions to obtain historical context data indicating past statuses associated with one or more customers; obtain historical menu item ordering data indicating past times during which customers ordered menu items from each of multiple food services; obtain context data from a personal electronic device that indicates current, recent or scheduled statuses of a user, including caloric intake or exercise activity; determining a future time for delivery of a menu item based on the obtained data; selecting a future food service from the multiple food services; determining a lead time for an order for the menu item; and initiating the order for the future food service by at least the lead time.

There are those who would no doubt find it helpful to have a predictive food ordering service and Amazon’s patent even notes that, “People tend to place their orders when they become hungry, but the meals may not arrive until quite some time later.” Still, it’s amazing that the consumer data tracked by Amazon extends even to take-out food orders, not just books and electronic devices sold on the Amazon.com platform.