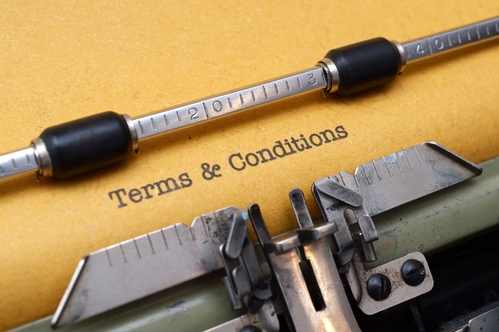 The Federal Circuit has agreed to expeditiously hear an appeal from Dodocase VR, Inc. v. Merchsource, LLC No. 17cv7088 (N.D. Cal.) (“Dodocase”) in which the district court determined that a forum selection clause could not be overridden to allow a patent validity challenge at the PTO without breaching the contract containing the clause.  The court issued a preliminary injunction ordering the withdrawal of the petitions MerchSource had filed with the Patent Trial and Appeal Board (PTAB).  Dodocase at 24.  In its arguments, MerchSource strongly relied on the public’s interest in permitting the PTO to correct its mistakes.  This interest, however, was not found to outweigh the policy favoring enforcing parties’ agreed upon selection of a forum.  Id. at 17.

MerchSource sells consumer goods, some of which are covered by patents owned by Dodocase.  The parties entered into a licensing agreement (MLA) covering the patents.  The MLA contained a forum selection clause requiring any dispute arising out of or under the MLA  to be litigated before the courts in San Francisco County or Orange County, California.  Id. at 8.  MerchSource later informed Dodocase that it should not be required to make royalty payments because Dodocase was not enforcing its intellectual property sufficiently against other parties.  Id. at 3.  The parties failed to resolve their dispute and MerchSource filed three petitions with the PTAB challenging the patents.  In addition, MerchSource missed a royalty payment, leading Dodocase to terminate the MLA and file a motion for a preliminary injunction requiring MerchSource to withdraw the PTAB petitions.  Id. at 4.  Dodocase contended that the PTAB petitions were filed in violation of the “no-challenge” and “forum selection” clauses in the MLA.  The forum selection clause occasioned most discussion and is the subject of this post.  The court granted Dodocase’s motion, and observed:

“There is no public interest served by excusing a party’s violation of its previously negotiated contractual undertaking to litigate in a particular forum.” This Court is an adequate forum for Defendants to challenge the validity of the Dodocase Patents, and granting the injunction protects the right of parties to freely contract for a chosen forum and the ability of courts to enforce such agreements. Further, nothing prevents an independent third party from initiating separate PTAB proceedings.’ Id. at 21 (citation omitted)

The court examined all of the factors necessary for determining grant of a motion for preliminary injunction, namely, the likelihood of success on the merits, irreparable harm, balance of equities, and public interest.  MerchSource made several arguments to establish that Dodocase was not likely to succeed on the merits of its breach of contract claim.  It mainly argued that if the forum selection clause precluded the PTAB proceedings, it was unenforceable because of the strong public policy of permitting the USPTO to correct its mistakes.  Id. at 13.  The court responded by first pointing out that forum selection clauses are “presumptively valid” and fully enforced “absent some compelling and countervailing reason.”  Id.  It then addressed the public policy aspect of the argument.  There were three parts to this aspect.

First, MerchSource underscored the general importance of PTAB proceedings by referring to a 2015 Federal Circuit opinion which noted that Congress, reacting to a growing sense that questionable patents were too easily obtained and were too difficult to challenge, had sought to provide a more efficient system for challenging patents that should not have issued, and to establish a more efficient and streamlined patent system that would improve patent quality and limit unnecessary and counterproductive litigation costs.  Id. at 15 (citation omitted).

Next, it cited a 2006 PTO decision that refused to vacate an order for an inter partes reexamination where the third party requester was bound by an agreement to resolve patent validity issues exclusively in a district court.  Id.  According to the PTO, the parties’ agreement did not relieve it of its statutory duty to conduct a reexamination after it had concluded that a substantial question of patentability existed.  Id.  The PTO, relying on Lear, Inc. v. Adkins, 395 U.S. 653 (1969) (“Lear”) concluded further that contracts bargaining away the right to PTO review of patents violate public policy.  In Lear, the Supreme Court had determined that restrictive contract provisions in patent licenses violated the public policy “in permitting full and free competition in the use of ideas which are in reality part of the public domain.” Id. at 7 quoting Lear at 670.

Finally, MerchSource cited a district court decision, Callaway Golf Co. v. Kappos, 802 F. Supp. 2d 678 (E.D. Va. 2011) (“Callaway”) in which the court, ruling on the patent owner’s attempt to vacate the very same PTO decision discussed above, had similarly cited Lear for the proposition that a private contractual agreement that would prohibit reexamination would be contrary to public policy.  Dodocase at 15 (internal citation omitted).

The court responded to MerchSource’s arguments by pointing out that (1) the Callaway court, while accepting the PTO’s position that a contract that prohibited reexamination was contrary to public policy, had also found that the party which sought the reexamination breached the forum selection clause, and (2) the Callaway court had essentially concluded that the PTO decision could not be vacated because the PTO, in light of its statutory obligations, had no duty to walk away from an already instituted reexamination.  Id. at 16.

The court then noted that the procedural posture of the PTAB proceedings in the Dodocase MerchSource dispute was quite different from that in Callaway because the PTAB had not determined if it was even going to review the Dodocase Patents.  Id.  The court further noted, again citing Callaway, that enforcing the forum selection clause would not amount to compromising public interest because other third parties may still challenge the validity of the Dodocase patents through the PTAB even if MerchSource had bargained away its opportunity to do so.  Id. at 17.

The court also responded to MerchSource’s point that PTAB panels are superior because they are staffed by technically-trained subject matter experts and use a less stringent standard for finding invalidity.  It observed that congress, by preserving the ability to bring parallel proceedings and not requiring the district courts to stay their cases but leaving it to their sound discretion, had recognized both fora as adequate for adjudicating claims of patent invalidity.  Id. at 17-18.  The loss of the ability to adjudicate in a different forum where the party was advantaged by its procedural rules was not, on its own, compelling enough to disregard the parties’ agreed-upon choice of forum, the court added.  Id. at 18.

Thus, finding no countervailing reason sufficient to preclude enforcement of the forum selection clause and finding that its scope included the PTAB proceedings, the court concluded that Dodocase had demonstrated a likelihood of success on its breach of contract claim.  Id.

As to irreparable harm, the court agreed with Dodocase that it would suffer irreparable harm because of disruption of business and the financial hardship if the PTAB proceedings were to continue.  Id. at 18-20.  Regarding balance of equities, the court found unpersuasive MerchSource’s contention that granting the requested injunctive relief would result in its inability to ever pursue PTAB review of the Dodocase petitions given that patent review petition must be filed within one year of service of a complaint alleging patent infringement.  Id. at 20.  The court observed that MerchSource had freely entered into the MLA and therefore may not argue that its enforcement would cause hardship.  Dodocase had argued that it would suffer the hardship of litigating on two fronts, resulting in added expense, delay, and the potential for inconsistent results.  The court concluded that the balance of hardships tipped in favor of granting the injunction.  As to public interest, for the reasons described above (see third paragraph), the court concluded that public interest supported entering a preliminary injunction.  Id. at 21.

That other parties free to challenge the patents exist, and that there is a strong public interest in upholding the parties’ agreed-upon choice of forum, enough to tip the balance toward finding MerchSource in breach?  A related question is whether these “other parties” can be considered to have strong enough incentive to challenge validity if they are not licensees like MerchSource.  On the other hand, the public interest in upholding the agreed-upon choice of forum was given a strong voice by the US Supreme Court not too long ago when it wrote, “[w]hen parties have contracted in advance to litigate disputes in a particular forum, courts should not unnecessarily disrupt the parties’ settled expectations. A forum selection clause, after all, may have figured centrally in the parties’ negotiations and may have affected how they set monetary and other contractual terms; it may, in fact, have been a critical factor in their agreement to do business together in the first place. In all but the most unusual cases, therefore, “the interest of justice” is served by holding parties to their bargain.”  Atlantic Marine Construction Co. v. United States District Court for the Western District of Texas 571 U. S. ____ (2013) at 16.