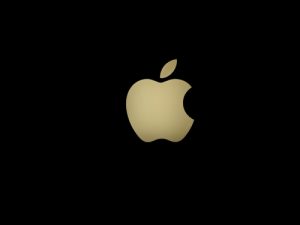 In the current zeitgeist regarding the collection of user data by tech giants, a moment which has been fueled by concerns over Facebook’s Cambridge Analytica scandal, Cupertino, CA-based consumer electronics giant Apple Inc. (NASDAQ:AAPL) has been doing its best to appear to be a model citizen among the world’s tech titans. In the days following news of the Cambridge Analytica fiasco, Apple CEO Tim Cook said that he “wouldn’t be in this situation” when asked what he’d do if he were Facebook’s CEO at a town hall interview. Those comments came days after a Bloomberg report on Cook’s appearance at a late March economic development forum in China where he supported regulation of data collection and reportedly said:

“The ability of anyone to know what you’ve been browsing about for years, who your contacts are, who their contacts are, things you like and dislike and every intimate detail of your life — from my own point of view it shouldn’t exist.”

Even Apple co-founder Steve Wozniak has added to the growing choir of critical voices, announcing in early April that he had deleted his Facebook profile over concerns about the company’s data collection practices. But Apple’s hands aren’t entirely clean when it comes to personal data privacy for its consumers. As a recent article published by The Canberra Times in Australia notes, Apple apps pre-installed on the iPhone were able collect personal information, including the name and location of childcare services, despite the fact that the writer attempted to delete those apps and did not give those apps additional data permissions.

We recently took a look at Big Brother-style data collection technologies that have been patented by Facebook. Looking at Apple’s filings with the U.S. Patent and Trademark Office, it seems clear that, while Cook and Wozniak may be saying the right things in public, Apple itself might be just as culpable of over-collecting user data behind the scenes. While we’re free to question the potential of data privacy risks to Apple consumers, we should note a few caveats in this coverage. First, just because Apple has patented a technology does not necessarily mean that it is incorporating those technologies into its products. Indeed, companies regularly patent inventions which do not become products in the marketplace. Also, all of these data tracking features could be implemented as opt-in services and Apple further employs differential privacy features designed to obfuscate the collected data, protecting a user’s anonymity. However, research released last year jointly by the University of South California, Indiana University and China’s Tsinghua University found that analysis of MacOS and iOS operating system code showed a potentially higher loss of privacy than Apple had claimed under its public statements on differential privacy.

Apple regularly collects a bevy of personal information through a variety of device sensors as evidenced by the technology disclosed by U.S. Patent No. 9311382, titled Method and Apparatus for Personal Characterization Data Collection Using Sensors. Issued in April 2016, it claims a non-transitory program storage device comprising instructions that cause processors to obtain sensor data from a plurality of sensors, including motions sensors; determine a fitness activity of a user based in part on the sensor data; generate statistical data for a user which represents a user’s performance of a fitness activity; obtain a scorecard for the user from a server including scores based on past statistical data for a user and additional statistical data from other users; and providing information to the user based on the scorecard.

As the patent notes, this technology has obvious impacts on tracking and encouraging fitness activity, a major selling point for Apple devices like the Apple Watch. However, examples provided in the patent’s description even contemplate the use of the technology by government officials collecting traffic data or for use in classifying the lifestyles of users as “night owls” or a “party person.” Although users may elect to not share data with other users, it doesn’t seem as though Apple recognizes any limits to its own use of this user activity data.

To Apple’s thinking, “it is desirable to have a method for observing and learning about a user’s behavior” in order to determine routine activities from various inputs including time and location. But if a user doesn’t want the company to track certain routine activities or any part of their daily commute, it appears as if they don’t have much choice in the matter.

Apple knows that it’s valuable to leverage not just a user’s personal demographic data but also that user’s mood in order to improve content targeting, as is evidenced by U.S. Patent No. 8965828, titled Inferring User Mood Based on User and Group Characteristic Data. Issued in February 2015, it claims a computer-implemented method of receiving current mood-associated data associated with a user, the mood-associated data corresponding to a recently consumed content item; obtaining at least one baseline mood profile; applying a plurality of mood rules to the current mood-associated data and the baseline mood profile to generate a plurality of inferred moods for a user, the inferred moods associated with a confidence score; and selecting one of the user moods based on the confidence scores.

Apple CEO Tim Cook thinks that he would never be in the situation of having to explain to customers how users’ personal data was leveraged by advertisers to influence users’ personal views. However, he may have to explain why his company’s devices track user mood to increase ad engagement if such ads ended up factoring into an election cycle.

iPhone users who interact with Facebook, Twitter or other social networks through their smartphone might not realize that Apple scrapes data from the use of those platforms, according to the technology described in U.S. Patent No. 9189797, titled Systems and Methods for Sentiment Detection, Measurement, and Normalization Over Social Networks. Issued in November 2015, it claims a system including a data collection engine operable to collect data on activities of a plurality of users on a social network, including content regarding those activities; a sentiment analysis engine with a processor which detects and measures sentiment of a plurality of users towards an event as expressed in the collected data of their social network activities; aggregates the detected sentiments of the users towards the event; normalizes the aggregated sentiment towards a baseline sentiment for that event so that the normalized sentiments reflect the sentiments of the general public towards the event.

This invention leverages publicly available application programming interfaces (APIs) of social networks to collect user activity, “such as tweets posted on Twitter.” Any activity on an Apple device which involves Twitter, Facebook, Google+, LinkedIn or various blogs and forums is collected in this way, according to the patent.

Profiling Users Based on Demographic Data

The resulting invention enables advertising content to be targeted based on a user’s interests. It could prevent environmentally conscious consumers from being presented with advertisements for SUVs, which is one example provided by the patent. And yet it’s more proof that Apple is just as interested as any other tech giant in getting its hands on some pretty personal data.