SCOTUS says Patents are a Government Franchise, Not a Vested Property Right 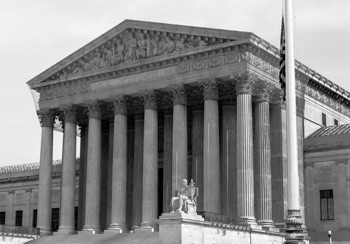 Earlier today the United States Supreme Court issued its highly anticipated decision in Oil States v. Greene’s Energy, which asked the Court to consider whether post-grant challenges to issued patents at the Patent Trial and Appeal Board (PTAB) of the United States Patent and Trademark Office (USPTO) are constitutional under Article III and the Seventh Amendment of the U.S. Constitution. In a 7-2 decision, the Court found that post-grant challenges, specifically inter partes review (IPR) challenges, are constitutional.

Rather inexplicably, the Trump Administration argued that patents are a government franchise, and that is, in fact, what the Supreme Court ruled. Indeed, Justice Thomas, writing for the majority, said that all inter partes review involves is “reconsideration of the Government’s decision to grant a public franchise.” Thus, patents are not property rights despite what the statute says to the contrary, and despite what the Supreme Court themselves have ruled to the contrary previously.

The importance of patents being just a public franchise cannot be overstated. If patents are public rights that can be challenged at any time and revoked that necessarily means they are not property, regardless of how the Supreme Court attempts to limit this ruling.  Property rights vest and title quiets in property. Without vesting and quieted title, fundamental attributes for all property, patents are nothing more than the government franchise the Supreme Court says they are, and the Trump Administration argued they are.

In his dissent, Justice Gorsuch explained that innovators with something new can spend up to $30,000 and two years to obtain a patent. His recognition of the time and investment is honorable, but his estimates are off by orders of magnitude. For some simple inventions $20,000 to $30,000 may suffice, but even for simple inventions, two years is rather quick. For anything of substance, and certainly, anything that qualifies as a breakthrough, or disruptive, or paradigm shifting it will take closer to a decade, usually longer to obtain patent protection. Given that patents are no longer property it is hard to believe innovators will spend many tens of thousands, and frequently hundreds of thousands of dollars and up to a decade fighting the Patent Office to obtain a government franchise that can be stripped at will.

Trade secrets will become far more important until Congress finally comes to its senses. In the meantime, it will be hard for innovators to justify spending billions necessary to achieve disruptive innovation only to be awarded a government franchise that can and will be revoked by the PTAB once proven valuable. At least in America.

While there has been much optimism due to the arrival of USPTO Director Andrei Iancu and his recent speeches signaling he understands the U.S. patent system must move along a different path, it is impossible to think that one man will be able to correct the collective mistakes of 535 elected Members of Congress and 9 ivy league educated jurists who seem convinced that forfeiting America’s patent system is somehow what the Constitution demands. His job just became much more difficult, and all the more important.

Thankfully for innovators China and Europe seem ready, willing and able to pick up the slack. Still, it is sad to see America forfeit our high-tech and innovation advantage. And for what? Because a small handful of technology users didn’t want to pay licensing fees to innovators and instead wanted to use innovations they didn’t create for free? Truly disheartening.