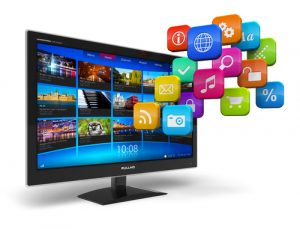 On Monday, April 9th, the Court of Appeals for the Federal Circuit upheld the invalidity of a series of patents asserted against the American subsidiary of Japanese consumer electronics firm Funai. The patents, owned by Illinois-based Maxon, LLC, covered electronic means for improving user control over subscription entertainment content but the claimed technologies were deemed to be invalid under 35 U.S.C. § 101, the basic statute governing the patentability of inventions. The decision was issued by a panel comprised of Chief Judge Sharon Prost and Circuit Judges Todd Hughes and Kara Stoll.

There were four patents at issue in the appeal to the Federal Circuit, including:

Maxon first asserted the patents-in-suit against Funai in a complaint for patent infringement filed in the Northern District of Illinois in late July of 2016. In that complaint, Maxon alleged that various consumer electronic devices marketed by Funai, including Sanyo television sets, infringed upon these patents. In the case of the ‘194 patent, Maxon alleged that Sanyo TVs infringed upon claims covering a user interface that enables a user to select a service “available to but not associated with the device” by incorporating hardware, software and firmware into its TVs enabling them to run and activate applications such as Netflix. Similar TV functionalities allegedly infringed upon claims of the ‘160 patent covering input/output logic enabling the activation or deactivation of a service such as Netflix from the TV.

In October 2016, Funai filed a memorandum in support of its motion to dismiss the complaint for failure to state a claim under Federal Rule of Civil Procedure 12(b)(6). Funai argued that the asserted claims of the Maxon patents were directed at patent-ineligible subject matter, that the ‘194 patent is directed at the abstract idea of interaction with a device on a shared network and that the remaining patents are directed at the abstract idea of selective interaction with the device in a network. In a response filed by Maxon in November, the plaintiff argued that the motion to dismiss filed by defendant Funai “utterly ignores the claim language and written description setting forth how the consumer may control her content on her personal network of devices.” Instead of merely implementing consumer control of services on a generic computer, the Maxon patents allegedly taught how devices could be programmed to communicate with service providers to activate and deactivate services across multiple devices. “If Funai were to analyze the specification and claim language, it would see the error in arguing things like ‘the claims preempt mail delivery by the U.S. Postal Service,…’ and ‘the term ‘signal’ is literally broad enough to encompass smoke signals,’” Maxon’s response reads.

In May 2017, U.S. District Judge Gary Feinerman filed a memorandum opinion and order describing his rationale for granting Funai’s motion to dismiss the case and invalidate the patents under Section 101. Judge Feinerman agreed with Funai’s argument that the claims of the patents are invalid under the two-step Alice/Mayo framework set by precedent of the U.S. Supreme Court. At step one of the Alice/Mayo test, Judge Feinerman concluded that no analysis was needed because Maxon had already acknowledged that the claims were directed to an abstract idea, in this case the “reversing a trend of centralized service management, allowing the consumer to control through decentralized management the services that the consumer chooses to enjoy across her various devices.” Maxon had argued that the claims survived the patentability standard at step two of Alice/Mayo as the claims were similar to those upheld by the Federal Circuit in 2016’s BASCOM v. AT&T. Judge Feinerman disagreed, finding that individual elements of the claims, including “computer-readable medium,” “logic,” “a processor” and “transceiver,” were not by themselves inventive. BASCOM involved patent claims which provided a technical solution to a technical problem and Judge Feinerman found that Maxon’s claims did not describe an inventive way of achieving the abstract idea.

“Put another way, the computer-readable medium ‘could be described as ‘something that stores data that a computer can read…’ Therefore, the district court correctly found that the claims merely recite generic computer elements for their basic functions and thus do not transform the claimed abstract idea into eligible subject matter under Alice.”

The Federal Circuit also agreed with the district court that the claimed elements, even when viewed in an ordered combination, did not reach the level of inventiveness required under step two of Alice/Mayo. “We have considered Maxon’s other arguments and find them unpersuasive,” the opinion reads.

Had Maxon filed an amended complaint at the district court which included allegations about the patent-eligible inventive concept covered by its patents, the company may have had better luck on appeal to the Federal Circuit. Such an argument led the Federal Circuit to vacate and remand the lower court’s Section 101 invalidity finding on a Rule 12(b)(6) motion to dismiss in February’s decision in Aatrix Software v. Green Shades Software. The majority in that opinion found that, although the lower court applied the Alice/Mayo framework in deciding Section 101 invalidity of patent claims, it erred in refusing to accept an amended complaint from the plaintiff including allegations which, if taken as true, would have precluded dismissal of the claims. Of course, Maxon did file a response to argue the patentability of its inventions and the appeal was decided by a different panel than in Aatrix, so that standard may have had little effect in Maxon in any event.