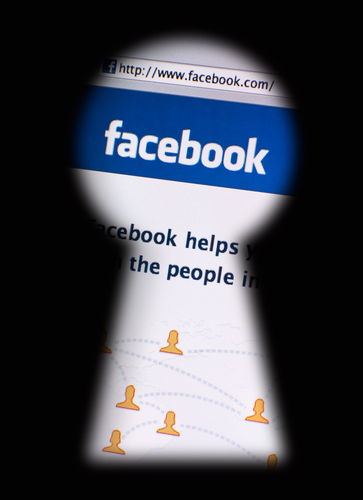 Last week shaped up to be an unusually busy one for Facebook CEO Mark Zuckerberg who began the week meeting with lawmakers on Capitol Hill over concerns about the use of customer data on social media platforms in the wake of the Cambridge Analytica scandal. On Tuesday afternoon, Zuckerberg is scheduled to testify in a joint hearing of the Senate Committee on the Judiciary and the Senate Commerce, Science, and Transportation Committee; the hearing will focus on the abuse of data collected through Facebook’s social media platform. On Wednesday, Zuckerberg was also scheduled to attend a similar hearing at the House Energy and Commerce Committee.

The witness statement provided by Zuckerberg to the House Energy Committee echoes much of the same apologetic tone which the Facebook CEO has attempted to strike in the court of public opinion. But Facebook has received a barrage of criticism from a growing list of voices including other leaders of the American tech elite. At a recent town hall event, Apple CEO Tim Cook opined that he “wouldn’t be in this situation” when asked by Recode executive editor Kara Swisher what he would do if he were in Zuckerberg’s shoes. In the days after that interview aired, Apple co-founder Steve Wozniak announced that he had deleted his Facebook profile over data collection concerns.

Facebook users continue to be shocked at the amount and kind of data being collected by the social media platform, including recent reports about call and SMS text messaging data which Facebook has been collecting from Android mobile users. Along with the political heat Zuckerberg continues to take, Facebook itself could be on the hook for a record fine from the Federal Trade Commission if it’s found that the company’s data practices violate terms of a 2011 consent decree between Facebook and the FTC. With all of this focus on Facebook’s data collection practices, we decided to take a look at some of the social media technologies patented by Facebook at the U.S. Patent and Trademark Office, which may give readers a better idea of just how this American social media giant leverages user data.

Tracking Eye Activity to Determine the Focus of Facebook Users

Call and text histories are not the only type of data which Facebook is collecting from its mobile users. U.S. Patent No. 9798382, titled Systems and Methods of Eye Tracking Data Analysis and issued to Facebook last October, covers a method of displaying a resource related to a study, the resource comprising a material subject to eye tracking analysis; receiving an image depicting a portion of a user, the image captured while the resource is displayed; detecting eye features from the image; determining the location on a computing device display at which the user was looking when the image was captured; capturing study data, including blink rate, while displaying the resource; presenting a calibration interface that calculates an accuracy of user calibration; determining an accuracy value for the resource; and sending the study data and accuracy value to a server. As the patent notes, “the results may be used to perform statistical analyses based on user demographics.”

The issue of this patent comes less than one year after Facebook announced that it had purchased Danish eye tracking firm Eye Tribe. News reports indicated that the acquisition was expected to bolster Facebook’s Oculus virtual reality division to create a more immersive VR experience. While Eye Tribe’s technology enables better rendering and quicker orientation, passive tracking data collection reportedly developed by that firm could help Facebook track objects that a person views as well as how long that object is in focus, data useful for marketing purposes.

It’s not difficult to conceive of more situations where Facebook is accused of making it too easy for third party services to collect private personal data given the technology disclosed in U.S. Patent No. 8732802, titled Receiving Information About a User From a Third Party Application Based on Action Types. Issued to Facebook in May 2014, it claims a method of maintaining a social graph at a social networking system, the graph including edge objects representing actions and indicating relationships between objects in the social graph; maintaining privacy settings for a user of a social networking system, the settings specifying action types of edge objects associated with the user and accessible by a third party application; receiving edge objects associated with a user from a plurality of sources; receiving a request from a third party application for information about the edge objects associated with the user; aggregating data about the edge objects subject to the privacy settings; and providing aggregated data to the third party application.

The resulting invention detailed in the ‘802 patent enables third party applications to collect more information from users regarding their interactions with objects such as gaming applications or music streaming services. While the method does require that third party access to object interactions is subject to privacy settings, it’s certainly conceivable that there are Facebook users who don’t realize that the social media have systems in place to offer interaction data to third parties which may wind up being used in ways unintended by users, such as was the case with Cambridge Analytica.

As the patent’s description notes, this system could be used to identify personality characteristics such as extroversion, agreeableness, conscientiousness, emotional stability and openness. However, it’s not difficult to see how such a system could be utilized to determine the political views of an individual Facebook users.

The collection and analysis of historical data from a user, including events such as graduation or medical procedures, is the object of the technology outlined in U.S. Patent No. 9923981, titled Capturing Structured Data About Previous Events From Users of a Social Networking System. Issued to Facebook this March, it covers of accessing a social graph comprised of nodes representing a plurality of users and other objects in a social networking system, the graph also representing connections between the nodes; receiving an event option selection from a user through an event option of a timeline interface; presenting an event data entry interface to the user responsive to receiving the event option; receiving event information describing the event through the event data entry interface; generating a node associated with the event; storing the node in the social graph; generating a new timeline unit associated with the user based on the event node; and sending the new timeline unit to a client device for display to a user. This invention addresses a need for aggregating large volumes of information on a social networking system in compact yet informative structures, especially for specific time periods in a social media platform user’s history.

As the patent notes, the resulting invention helps social networking systems identify family connections because users might fail to identify family members or because “providing such information may be an inconvenience.” Of course here, as is the case in many above examples, if there was any reason why a user would want to keep family connections private, it seems that Facebook has systems in place to track that data anyways.