Are Today’s Social Media Tech Giants the Big Brother that Orwell Warned Us About? 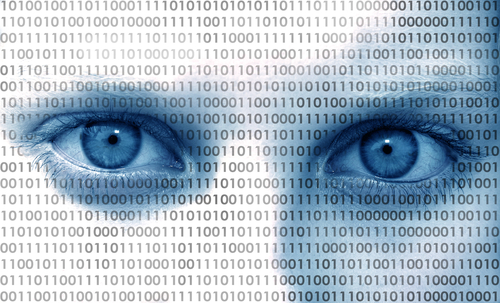 Dystopian novels and science fiction often return to the subject of the loss of personal privacy which is often encouraged by the use of technology enabling constant, omnipresent surveillance. Perhaps the most famous example of this in the science fiction canon of the 20th century is George Orwell’s Nineteen Eighty-Four. First published in 1949, Orwell’s novel conceives of a world where government surveillance is so complete that the vast majority of citizens don’t mind being watched by two-way telescreens in their own apartments. Even the novel’s rebellious protagonist Winston Smith comes around at the end to fall prey to the same cult of personality that allows the government overseer — Big Brother — to remain in power.

Orwell’s Nineteen Eighty-Four is about the complete loss of individualism in the face of authoritarian government and, while the story reverberates in recent events like the leaking of classified National Security Agency in 2013 by private contractor Edward Snowden, we certainly don’t live under the same strict socialist regime the novel envisioned. And yet the destruction of personal identity aided by the progress of technology is a theme to which science fiction writers continue to return. In Gary Shteyngart’s 2010 novel Super Sad True Love Story, characters have instant access to the credit scores and attractiveness ratings of others in their near vicinity through a personal electronic device referred to as an äppärät; Shteyngart’s dystopia makes much of how the digitalization of personal information has a very negative effect on the development of personal relationships.

Even more recent is Dave Eggers’ 2013 novel The Circle which follows the life of Mae Holland as she ascends the employee ranks within The Circle, a tech giant which seems fashioned to evoke any of the Silicon Valley titans we have today. This book includes elements similar to the two aforementioned novels, including the loss of privacy to maintain social status and the use of technologies, like SeeChange portable cameras and the PastPerfect history tracker, that collect and share personal data with millions.

The fact that Western cultures would have an overly skeptical view of technologies is not that strange given our reticence towards other areas of tech development. In artificial intelligence and robotics, for example, there is no dearth of doomsday prophecies that are encouraged by popular culture while it’s becoming increasingly clear that both AI and robotics have plenty of real-world applications which would improve our daily lives. Yet such skepticism of technological advances seems healthy, especially in the wake of recent fatalities caused by autonomous driving vehicles. It’s certainly not the same danger posed by AI and robots in The Terminator but it is proof that we don’t live in a robotic technological utopia.

The 2016 election cycle was difficult for many, many reasons. One of the areas where these difficulties had been felt most viscerally was certainly in the area of online social media. Even as one presidential candidate was able to make use of a digital presence which, while very brusque in nature, was able to engender support from voters in his base, the divisive nature of the election cycle was very obvious on platforms like Facebook or Twitter where conflicts over political ideas were able to roil in a very public matter among social media users.

In recent months, the influence of social media platforms on the United States’ electorate has come under increasing scrutiny, especially where the social media platform offered by Facebook has been concerned. Late last year, the divisive influence of Facebook advertisements paid for by Russian entities was already causing rancor to build in Washington D.C. Then, over the past few weeks, the Cambridge Analytica data scandal put Facebook CEO Mark Zuckerberg squarely on the political hot seat after it was found out that Cambridge, a political data firm working for the campaign of Donald Trump, gained access to behavior and personality data for up to 87 million Facebook users. Much of this data wasn’t knowingly contributed by the vast majority of those users but rather collected by an app which harvested data from the connections of the 270,000 users who did actively contribute data through the data collection app. There’s every indication that Zuckerberg will face a fair amount of criticism from politicians when he appears before committees at both the Senate and House of Representatives this week.

It’s very important to point out at this juncture that the impact of social media on politics is a recent phenomenon but not new to the 2016 election. Indeed, former President Barack Obama owes a great deal of his political success to the savvy use of social media by his campaign team. But if the Obama campaign was a harbinger of the ways in which political candidates could connect with voters in a more personal way through social media, the Cambridge Analytica scandal lays bare the risks of how member data can be used without a person’s knowledge to shape the content that they see and perhaps even their political leanings.

It’s not just Facebook collecting user data in myriad of ways. As an infographic produced by software solutions firm Baynote shows, Google, Apple, Amazon and Yahoo, along with Facebook, tracks cookies, devices and profile data to deliver targeted advertising and personalized content. In each case, digital services offered by these tech firms have privacy policies for users in place, so members using the services on those platforms do have some knowledge regarding the use of their personal data. Still, every time a story about Russian ads or a Cambridge Analytica pops up, it becomes clear that the vast majority of social media users do not have a solid understanding of how their data can be used, for better or for worse.

With concerns over the use of personal data fresh in the mainstream news, we’ll run a series of articles that will take a closer look at U.S. tech giants both in terms of the types of data they track and the purposes for which that data is used. Given the fact that these systems are often quite valuable to tech companies, many of them have been patented at the U.S. Patent and Trademark Office. As we survey the personal data collection technologies developed by the denizens of Silicon Valley, it will be up to readers to decide for themselves whether they find highly personalized digital services to be beneficial or if they feel suspicions regarding how much today’s corporate Big Brothers know about them.